COLUMN: Harsh words from my exes still hurt— but they’ve made me stronger 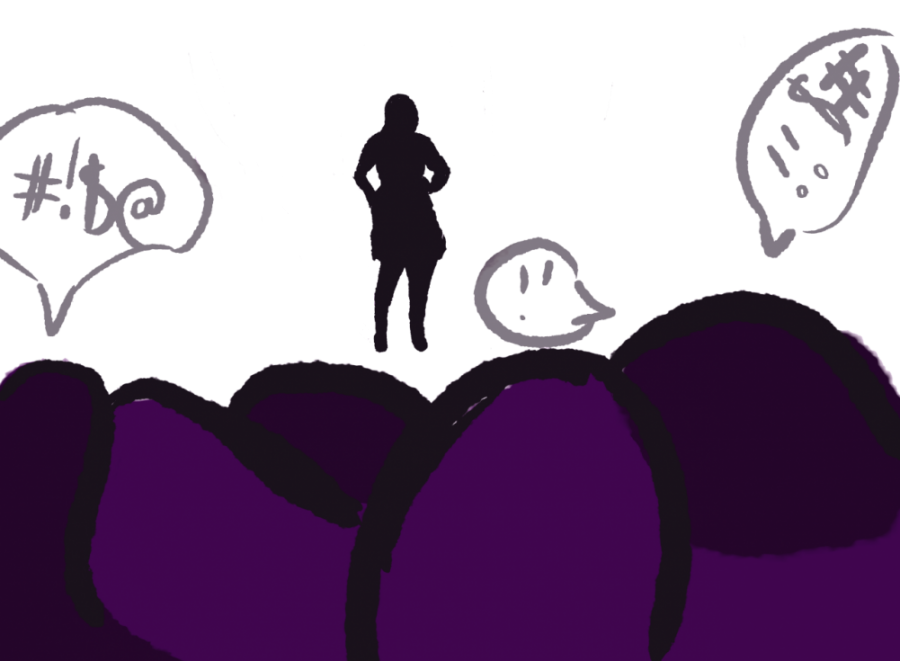 I’ve lied to my readers before. I told them to feel free to call me the Love Doctor. But in reality, I’m no expert on relationships and I never wish to portray myself as one. I’m simply someone who knows how to write from experiences and follow up with advice that is helpful to me, and could be helpful for others.

That’s the point with giving advice: it’s meant to be taken with a grain of salt, and sometimes it’s not always suitable for a certain audience.

So no, don’t call me a Love Doctor. Because I, too, slip into bad habits, disregard advice and struggle to come to terms with my own experiences. I’ve been in relationships that I’ve clung tightly to, sometimes for a little bit too long. I’ve had experiences, that to this day, I still hold in the back of my head, good and bad.

I sit behind my computer, typing up these words confidently knowing that I’m finally in a relationship that is not only healthy for me, but knowingly healthy for me and my partner. And for me, that’s only because out of the years of growing mentally and bravely, I’ve been able to learn and come to terms with the relationships I’ve had in the past and get myself to where I am. There’s nothing wrong with thinking back to past relationships and knowing you can grow and learn from them for current and future ones.

I’m fortunate for the intimate relationships I’ve had in the past, and no part of me wishes I never experienced them. But the harsh words said sit in the back of my mind and force me to continue on and build myself up every day.

I’m not reflecting on these words in hopes to make my exes look like jackasses — even though they probably will — but just to show how much words mean and how they have no expiration date.

My first relationship started off as a hopeful one; it was the first of all firsts. In the glory of growing up and finally dating seriously, it took me a while to realize that many of the words that were said actually hurt.

I dated an athlete in high school who had potential, real potential to play Division I college baseball. For the sake of his identity, I will refer to him as “Connor.”

Connor’s potential wasn’t only seen by fellow athletes and coaches, but by the entire school, our friends and D1 coaches all around the country. Soon this type of realization got to Connor’s head.

I was no longer invited to his games, he stopped communicating to me about when and where they were, and how they went. I learned of his successes from our friends, and when it came time for his signing decision and where he committed to, I found out from Twitter.

When I approached Connor about how I felt about not being in the loop about his successes and progress and how badly I wished he told me about those things,  he looked me in the eye and said, “You’re just jealous because I have a future and you don’t.”

It was pretty bleak. I sat there, brain empty, with nothing but those words ringing in my head. I don’t remember what I said or how we left it. I only remember that that was the final strike, and our relationship was a losing game.

I think he knew it too. It doesn’t matter how things ended, but things technically didn’t end while his words still sat in my mind, for weeks, months and years.

I knew I had a future — maybe it wasn’t to play D1 sports, but it was there. But the way he said it made me feel inferior, as if because I wasn’t on the same athletic level as him, I had to be jealous, I had no hope, I was going nowhere.

Those 11 words still cling to my mind today, because they made me realize the importance of my own self-worth and how much potential I had to succeed and just how badly I wanted to get there.

I didn’t need to prove him wrong, I just wanted to prove to myself that I can get myself places where I want to be. And every day where I find myself struggling, I think back to those words to just show myself how far I got, and how much further I can go.

Since then, I’ve been in other relationships. I came to college my freshman year with a long-distance relationship attached to my side, this time with “Mason.” As far as those go, it proved to be a lot of work for me and Mason in terms of communication and seeing one another, and a lot of it didn’t work.

Before coming home for Thanksgiving, we decided to take a break and wait to see each other in person to see how things would mend.

We sat down together again to see if we could give it another go. Mason grabbed me by the hands and said something to the effect of  “Becca, I’m worried that if we’re not dating, you’re not going to be able to do anything with your life. You need me. Without me I’m scared you’re going to grow old and alone and become a cat woman.”

As absurd as these words come across, I can’t exaggerate enough how wrong he was. I do want a cat though.

While it’s more of the same put-downs, these words made me think a lot about codependency and independence. It made me sick to hear someone say that I needed them, when for months I was living on my own five hours away from them and doing just fine.

At the time, these words pained me and grabbed at me. Today, they only motivate me and make me admire so much about myself.

I admire how far I’ve come, not for anyone else but myself. I admire the way I allow myself to be open and codependent with a partner, while still being able to be independent as a person, navigating myself through a new city, jobs, people and experiences.

While past relationships are hard to think about and so many of us want to push them to the back of our minds, there are words that stick that we can learn from and motivate us.

Words have no expiration dates, what’s been said was said, and there’s no going back. When they stick, even after years from first hearing them, we can do something with them.

If there’s any advice I want to give, it’s that past relationships aren’t always meant to be forgotten — they’re meant to be learned from, and to allow us to build ourselves back up to get us where we want to. Not only as partners, lovers and friends, but just as someone only you like, someone only you have to admire and have love for.

So now I’m signing off as Not the Love Doctor, because I don’t always have the answers, but can only learn from experiences.