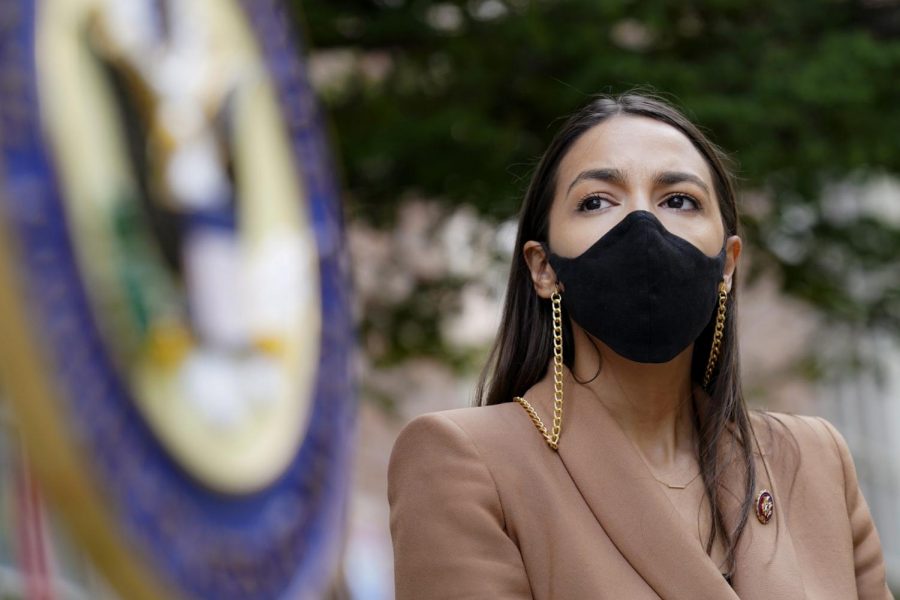 “A f***ing bitch,” “send her back” and “an insult to our country” are all verbal attacks varying from state representatives to President Donald Trump who have specifically said these examples about female politicians of color.

Prominent women of color in politics — such as New York Rep. Alexandria Ocasio-Cortez, Democratic vice presidential nominee Kamala Harris, Minnesota Rep. Ilhan Omar and former first lady Michelle Obama — are no strangers to these attacks. However, these attacks are focused on their personal attributes such as their ethnicity to their appearance rather than their policies or work.

Compared to their white, male counterparts, women of color are subjected to verbal attacks with underlying racist and sexist tones. Congressmen use these attacks in an attempt to undermine the character.

“For those who are not thrilled with diversifying Congress, one of the best things you can do, or one of the easiest things they can do is diminish who they are, and insult their existence and demean their character,” said associate political science professor Christina Rivers.

We just don’t see these same attacks towards white congressmen. They aren’t subjected to these attacks based on their sex or ethnicity.

“I don’t see the same attacks geared towards women who are not considered women of color,” said Jaslynn Hodgesm, SGA community engagement coordinator. “They just don’t get the same reaction so I think there’s definitely some underlying racism and sexism in those comments. I feel like that’s honestly a lot of what’s circulating when it comes to women in Congress.”

In these comments, it may be hard to distinguish the gendered and racial undertones. They reinforce each other, according to Rivers.

“I think that the animosity against gender could otherwise reinforce animosity against a historically suppressed or disfavored racial or ethnic group,” Rivers said. “I think those two hostilities reinforce each other. So again, some of what these women are experiencing is based on their ethnicity, some is based on their sex and you put the two together and they just reinforce each other.”

We also have to examine how Congress was built upon a sexist, racist power structure. Women of color were prohibited from serving or even seen as equals to white men. We have to acknowledge that history permitted these attacks against women of color. This foundation continues to feed into the current environment.

“I believe women of color in politics receive aggression from congressmen because the entire structure of power has supported violent language towards women since its creation,” said Adora Alava,SGA senator for community and government relations. “It is easiest for a man to govern the debate by incorporating sexual appeal or the basis of sex into the discussion when a woman is properly attacking their argument.”

Congresswomen of color also have not backed down or gone off crying like congressmen — I believe they think they will. Their responses to these attacks, often witty and classy, highlight how these congresswomen are here to stay.

For example, Ocasio-Cortez responded to Rep. Ted Yoho by saying, “B*tches get stuff done,” Ilhan Omar tweeted, “This is my country” and Kamala Harris called Trump “childish” for his playground attacks. These congresswomen of color refuse to take the blatant abuse from their fellow congressmen.

“We can only combat this antagonism if our standing women of color continue to keep putting these congressmen with ignorant commentary in their place, running their strong campaigns and serve as role models for girls of all colors in this nation, no matter their origin or occupation, to take on leadership roles and prove that they deserve a seat at the table just as much as their male constituents,” Alava said.

“Well, first of all working in politics as a woman of color I think we’ve seen is a very difficult position to be in,” Hodges added. “I think it’s really admirable that a lot of women in Congress. They have stepped up to the plate and tried to advance past the sexist and racist comments other men in Congress have made.”

We need to start holding congressmen accountable for these actions. In other professional spaces, these attacks would create a hostile work environment. So why aren’t those same practices for a safe work environment held in Congress?

“In Congress or in a legislature, I think we may expect our legislators and our lawmakers, especially at the national level to have thick skin. you can imagine the things that any candidate hears about themselves, regardless of who they are, what they’re running for,” Rivers said. “Just because we expect our elected officials to have thick skin doesn’t mean that the environment can still be considered hostile. I think it creates an incredibly hostile environment; representatives shouldn’t be having to be, should be able to defend who they are.

Congress needs to work on creating a safe environment for women of color. It’s unfair to expect congresswomen to constantly be attacked by their fellow congressmen. Although any politician needs to have thick skin, racist and sexist attacks should not be tolerated in any professional setting.

As we continue to diversify Congress with more racial, gender and religious representation, Congress and the public need to hold congressmen who verbally attack women of color. We need to dissemble the racist and sexist power structure that allows these attacks to be said in the first place.

Our future representatives, senators and presidents depend on the current resilience of congresswomen of color to not back down. They depend on our actions now to create a safer Congress for women of color.