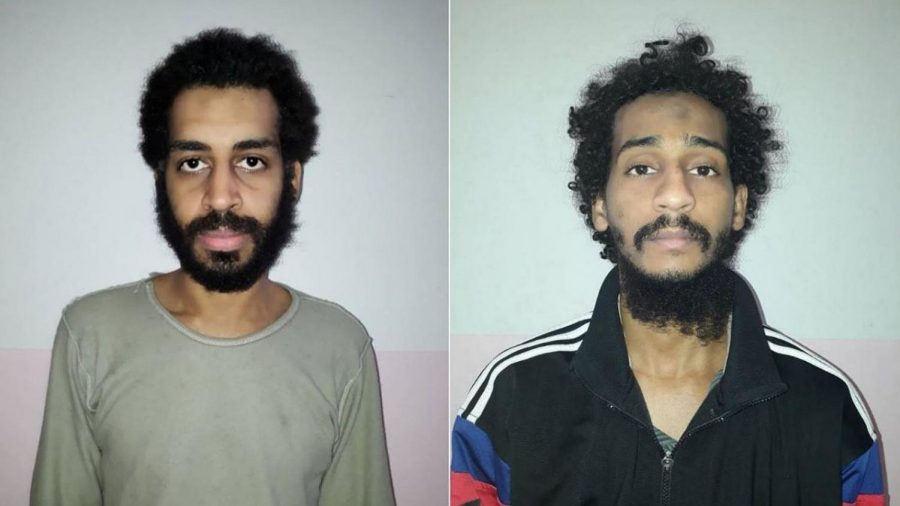 Alexanda Kotey and El Shafee Elsheikh were indicted or their involvement with the Islamic State of Iraq and the Levant (ISIS), including suspected involvement in the death of four Americans.

Alexanda Kotey and El Shafee Elsheikh were indicted for their involvement with the Islamic State of Iraq and the Levant (ISIS), including suspected involvement in the death of four Americans: Kayla Mueller, Steven Sotloff, Peter Kassig, and Chicago native James Foley.

Foley’s mother, Diane, said she looks forward to justice being served, though she seeks no vengeance.

“I am against the death penalty, because violence begets more violence and hatred,” she said. “We must treat others as we wish to be treated.”

Both Elsheikh and Kotey have admitted to joining ISIS in interviews with news organizations, including The Washington Post. In their interviews, they talk about their engagement with several hostages; however, they both have said that they were not involved in their executions.

“No interrogations or anything like that,” Elsheikh said in an interview with The Washington Post, describing his involvement. “There was no torture.”

According to the indictment, Elsheikh had voice-recorded messages explaining his involvement with ISIS. The indictment also mentioned that Elsheikh sent images of what appear to be the decapitated heads of Syrian Army soldiers to a family member back in July 2014.

“In a voice-recorded message, Elsheikh explained to a family member that ‘the brothers’ have engaged in combat with the Syrian Army, and ‘the brothers’ brought heads back to the city,” the indictment reads.

The accusations include keeping hostages in a poor living environment and engaging with them through inhumane interrogation tactics. The indictment reads that Kotey and Elsheikh may have engaged in activities such as “murders, forced witnessing of murders, mock executions, shocks to the torso and extremities with an electric taser, forced ‘rumbles’ where all hostages were placed in a room and forces to fight one another, headlocks” and more.

According to the indictment, Kotey and Elsheikh were captured by the Syrian Democratic Forces on or around Jan. 4, 2018, when they attempted to escape Syria for Turkey together.

Foley is a well-known victim of ISIS hostage-taking and executions. Foley was an American journalist working in Syria covering the Syrian Civil war until he was captured on Nov. 22, 2012.

Foley was also a Chicago-area native, born in nearby Evanston. After high school, Foley went on to study journalism at Marquette University in Milwaukee. He then earned a master’s degree in writing at the University of Massachusetts at Amherst.

Eventually, Foley came back to Chicago, where he taught English to inmates at the Cook County jail while earning his master’s degree in journalism from Northwestern.

In Aug. 2014, Foley became the first United States hostage to be murdered by ISIS. His mother, Diane Foley, said his death moved her to start the Foley Foundation.

She said the foundation aims to put an end to these killings by “seeking accountability as a deterrent, by warning about international hostage taking, by prioritizing freedom for innocent American hostages, and by promoting preventive safety education for journalists and other international travelers.”

John C. Demers, assistant attorney general for National Security, is using this case as an example to other terrorists still roaming free.

The families of the victims said they want truly impartial justice to be served when the two face trial.

“It is essential that Kotey and Elsheikh receive a fair trial to find out if they are truly guilty,” Foley’s mother said.

“Kotey and Elsheikh’s extradition and trial in the United States will be the first step in the pursuit of justice for the alleged horrific human rights crimes against these four young Americans, who saw the suffering of the Syrian people and wanted to help, whether by providing humanitarian aid or by telling the world about the evolving Syrian crisis,” the Foley Foundation said in a statement on Oct. 7.

Dianne Foley went on to talk about what she wants from the trial.