Harris’ past prosecutorial record raises questions in some voters 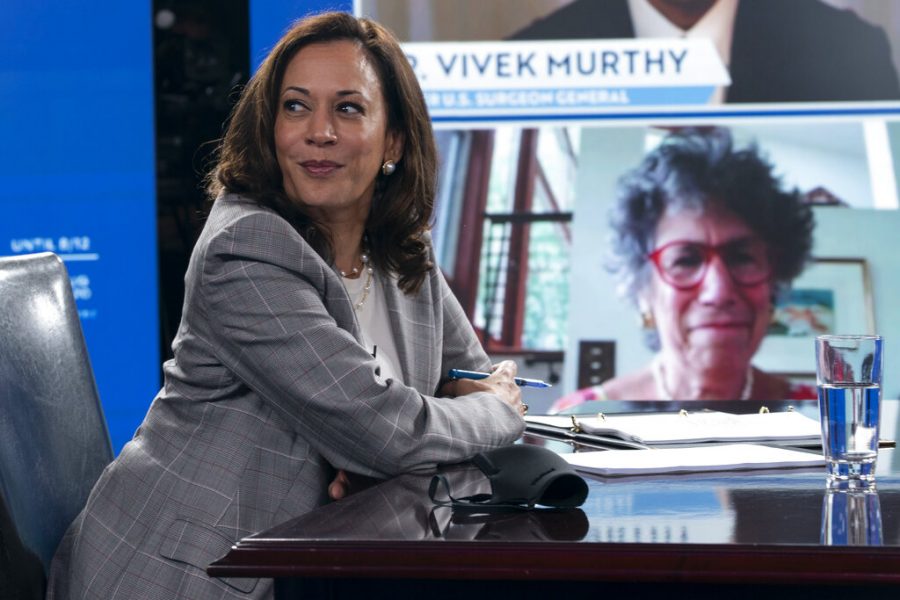 When former Vice President Joe Biden announced Senator Kamala Harris as his running mate for the 2020 election, her past prosecutorial record quickly became a source of controversy for prospective voters.

Prior to her time in the Senate, Harris began her career as deputy district attorney of San Francisco in 1990. She was then elected the city’s district attorney in 2003 and served in the role until 2011. She went on to serve as the Attorney General of California from 2011 until she took former Senator Barbara Boxer’s seat in 2017.

While Harris was serving as attorney general, DePaul political science professor Jill Dunlap was working at the University of California Santa Barbara. She recalled criticisms towards Harris’ policies involving sexual assault on college campuses — which required universities to report any reported cases to law enforcement.

“I think [it] makes sense if you come from a prosecutorial background, but for survivors, they did not want to involve law enforcement and so in some ways it took away their agency,” Dunlap said. “So while it was a, you know, sort of pro-law and order stamp, it wasn’t super survivor-centered.”

Aside from criticisms surrounding these policies, Harris constantly found herself at odds with pro-law enforcement groups and those pushing for reform. Despite condemning the killing of George Floyd by Minneapolis police in May, Harris had a record of rarely pursuing police-related misconduct cases while in California.

Although California was the first state to mandate that law enforcement officials wear body cameras under Harris, she openly stated she did not believe in statewide standards for officers.

Dunlap said it is important to consider political and social climates when talking about a candidates’ political records — especially given current social unrest surrounding law enforcement.

“Would she have been more pro-reform of police when she was in office had the national news [been] where it is now? Potentially,” Dunlap said. “I think it’s a little bit unfair to sort of judge her, her record in the past, based on what we’re talking about now. I do think it’s just a little bit like sort of a retrospective perspective to say, ‘Oh, why didn’t she do more?’”

Such inconsistencies can be found in other areas of her career as well — one being her stance on cannabis legalization.

She oversaw more than 1,900 convictions for “possession, cultivation, or sale” of cannabis as San Franscisco’s district attorney and refused to support the state’s legalization bill in 2016 — but has since endorsed the Marijuana Justice Act and leads the MORE Act to remove the substance from the Controlled Substance Act.

University of Chicago junior Dylan Suffredini worked on Harris’ presidential campaign in the summer of 2019 as an organizing fellow. He said that despite misconceptions, Harris has been consistently progressive throughout her political career.

“It’s clear that over the years Senator Harris’ progressive values have translated into her work, and these are the same values that provided the foundation of her presidential campaign and the ticket she now shares with Vice President Biden,” Suffredini said. “Her positions on specific policy nuances may be subject to infrequent change, but that is the mark of a leader who is willing to listen and keep an open mind when confronting the problems that challenge our country.”

Suffrendini noted some of her progressive reforms — such as work with the Back on Track program and OpenJustice initiative — are often overlooked thanks to misconceptions surrounding her past stances on issues.

“She was so effective that President Obama considered her as a possible replacement for Eric Holder as U.S. Attorney General, though she declined the position,” Suffrendini said.

Dunlap said Harris’ background in law enforcement may allow for drastic reform if she and Biden take office.

“Who better to make reform than someone who understands the system,” Dunlap said. “…If there’s anyone who’s seen the pros and cons of the way the law enforcement functions [it’s] someone who has been in her role and who has held the offices that she’s held, and so I think she probably has a really brilliantly unique perspective on what should be changed.”

Suffrendini added he believes the current climate will encourage Harris and Biden to seek criminal justice reform if elected.

“The energy of what have been the largest mass protests in American history will propel Senator Harris and Vice President Biden into office,” Suffrendini said. “They understand these issues, you can see it in their platform, their rhetoric, and their record. And I have confidence that they will put in every effort to pass comprehensive criminal justice reform.”