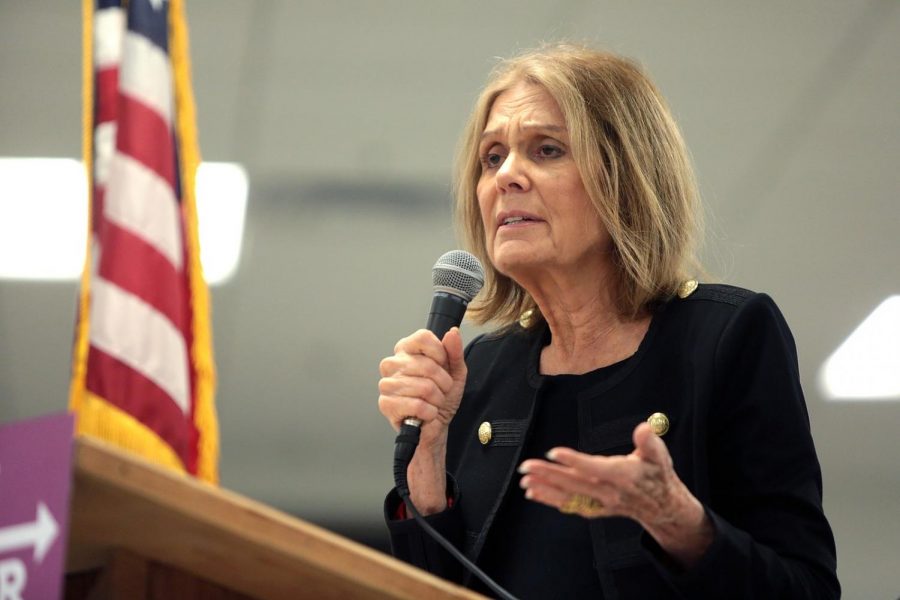 Gloria Steinem speaking with supporters at the Women Together Arizona Summit at Carpenters Local Union in Phoenix, Arizona.

After Joe Biden and Kamala Harris were elected the new president and vice president of the United States, feminist leaders wanted to discuss how the new leadership has the opportunity to reshape U.S. foreign relations towards greater interdependence and cooperation.

In association with various organizations that foster peace work including Women Cross DMZ, MADRE, CODEPINK and the Grassroots Global Justice Alliance, global feminist leaders held a roundtable conversation to discuss how women can shape the future of U.S. foreign policy.

The event was originally intended to discuss transnational feminist movements for peace in Korea but was expanded into a broader conversation after the results of the U.S. presidential election were revealed last Saturday.

In her work at Women Cross DMZ, Ahn has been working to end the 70-year Korean War which, she says, has largely been caused by U.S. militarism.

“In the case of North Korea, U.S. policy has long been shaped by military generals, intelligence officials and those with ties to arms manufacturers or people who have a vested interest or profit in perpetuating endless war,” Ahn said.

Throughout the event, participants often referred to the Feminist Foreign Policy Framework, which was a collaborative effort from the Feminist Peace Initiative. The framework provides a foundation of intersectional feminist principles that may be used to reshape U.S. foreign policy.

Gloria Steinem, most famously recognized for her leadership in the American feminist movement in the late 1960s and early 1970s, said the United States is transitioning into a nation in which white people are not the majority and that there has been some panic and resistance to this transition.

According to the U.S. Census Bureau’s race-ethnic population estimates in advance of the 2020 census, the 2010s will be the first time that the white population declined.

Steinem continued to say that this transition not only allows us to formulate a better democracy, it also allows for the beginning of a feminist foreign policy in which more women will be recognized as peacemakers.

Steinem says this might be because white women may be reliant on the incomes of white men or they may have the same resistance to the shrinking of the white majority in the United States.

“So, it is clear that Black women in this country are in the leadership of the movement towards democracy,” Steinem said.

Cindy Wiesner said that as the Trump campaign is refusing to concede this election and is taking aggressive action to reverse the results, those who have a vested interest in peace must work to make sure that they are not complacent but instead continue towards the goals pioneered by marginalized groups.

“I think that in this Biden-Harris victory, we need to be able to put pressure to force the administration, you know, away from austerity measures or from beefing up the military budget,” Wiesner said. “And really pushing, continuing to push, the movement demands around divestment, defunding the police, the divestment out of ICE, out of the military, and really investing in a regenerative anti-racist, feminist economy.”

As the Trump administration has blocked Biden’s access to the government, President-elect Joe Biden has developed transition teams to begin gathering information on federal operations. Notably, his transition teams seem to consist of a significant number of women, most notably for the Defense Department.

Medea Benjamin acknowledged this but added that this does not mean that all these women are feminists.

Though Benjamin commends Biden’s promised actions as president including rejoining the Paris Agreement and the Iran nuclear deal, she is skeptical of his ideology that the United States should be in the lead.

“So, without pressure, I see the Biden administration continuing the U.S. troops in Iraq and Afghanistan and Syria, although he, just like Trump, said they were going to end the endless wars,” Benjamin said.

Christine Ahn closed the discussion by saying that although the Biden administration may revert back to the “strategic patience era” of the Obama administration, it is up to the American people to hold them accountable for their complacency.

“But if we mobilize, if we build power, if we democratize foreign policy, then we have a shot at saving this country and really, truly building a just and peaceful and equitable society in the world,” Ahn said.