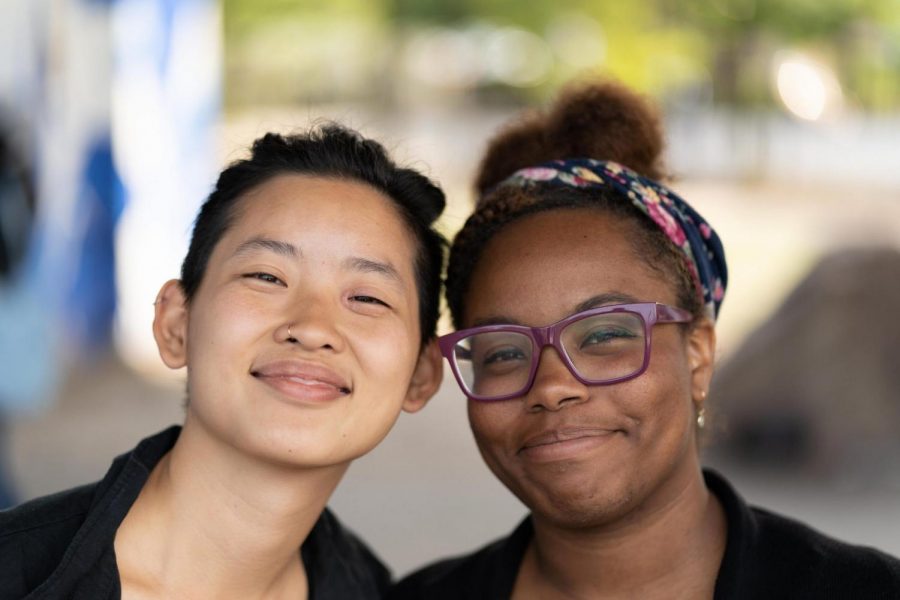 People Matter, a community-based organization whose mission is to uplift, unearth and untether people in different Chicago communities, has partnered with the Illinois Department of Public Health (IDPH) to hold their very first three community Covid-19 testing sites, open to community members of Chinatown, Pilsen and Bronzeville.

The organization provides free testing services due to the impact of the pandemic on these communities because of the country’s long history of neglecting and sabotaging low-income communities of color, according to People Matter co-founder Angela Lin.

“The Black community and non-Black Latino communities have been disproportionately impacted by Covid-19 due to lack of investment in their health infrastructure and economies, while the Chinese immigrant community has been facing growing anti-Chinese sentiment, as well as lack of language access in most areas of life,” said Angela Lin, co-founder of People Matter . “In addition, communities of color — Black, nonBlack Latino, and Chinese alike — often have multi-generational families who live together in small spaces, with the primary providers unable to work safely from home.”

In some ways, Covid-19 has affected the way how People Matter operates. Lin said they have to be creative in the adjustment since most meetings and workshops have been transferred online.

Lin shared an example that their Community Language program, a social justice-themed Cantonese and English language class, was held online, so they couldn’t have field trips for students to practice their language skills in real-world settings. The difficult part for them is to simulate the real-world setting virtually.

“It was definitely a programming and logistical challenge, but it worked out pretty great, and many students were still able to build deep relationships online,” Lin said. “We’re just waiting to meet in person so we can share things like food and hugs.”

Ching Ya Wang, an international student from Taiwan studying at DePaul, admitted that she did have some stereotypes towards Black people before she came to the United States. But this changed right after she developed a friendship with a Black girl at DePaul.

“I met a girl on a language exchange event at DePaul. After spending time with her, I’ve realized they’re just like us, we’re no different,” Wang said. “We chatted about how her parents educated her and influenced her in a certain way. It’s just like how my parents educate me.”

Wang further illustrated that the difference of appearance does not represent that they are different or the stereotype that Black people are poor.

Wang said she would also be interested to join the workshops and events held by People Matter, like the workshop Tackling Anti-Blackness in Chinatown (TACC). In Taiwan, she had not had much chance to develop a deep relationship with Black people, so she’d like to know the behind reasons of the discrimination and prejudice towards Black people within the Asian community, and the historic root of the conflict between two ethnicities.

Lin said People Matter’s vision for next year is to pack with work from their anti-Blackness committees, workforce development groups, education initiatives and housing advocacy.

The organization also provides training for workforce development programs and creating structures for non-Black people of color to not only understand the deep-rooted historical and structural reasons behind their anti-Blackness, but also support  Black people with concrete resources.

“As most people know, racial tensions have been steadily increasing since June, and even after the presidential election — so we have been expanding our work tackling anti-Blackness in communities of color,” Lin said.

In the new year, they will also be advocating for housing resources for homeless people and working to combat anti-displacement in the area due to the 78 project. Lastly, they will create more media and art to create inspiring and beautiful narratives about the communities.

The Covid testing sites will be held at Ping Tom Park near Chicago’s Chinatown. The first site will be on Nov. 14 and the other two will be held on Nov. 21 and Dec. 5 respectively.