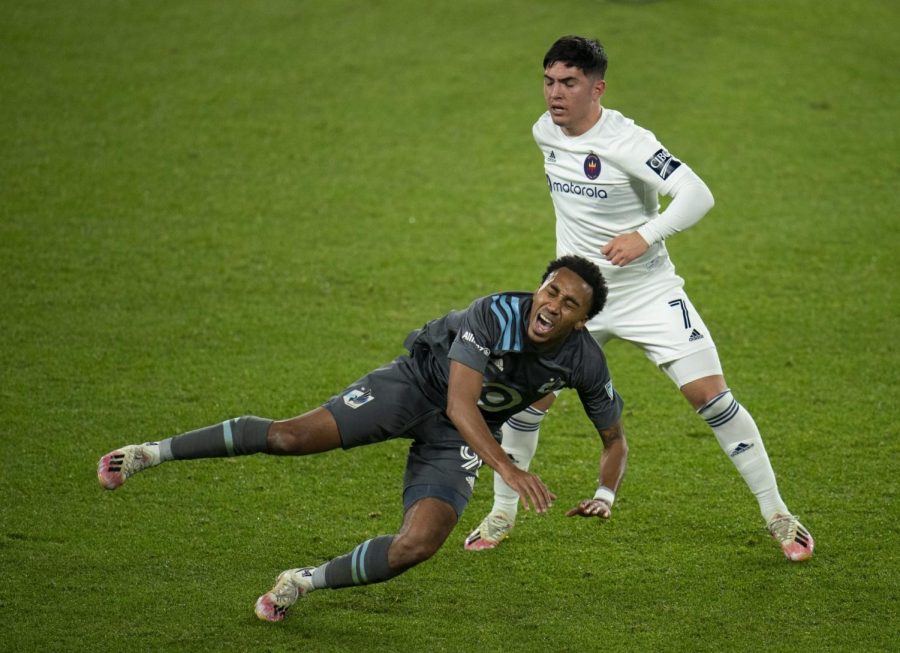 The Chicago Fire went into the 2020 Major League Soccer (MLS) season with a lot of excitement. It was the start of a new regime with Joe Mansueto taking over as owner of the club. Georg Heitz was hired as the team’s new sporting director and Raphael Wicky was brought on as the team’s new head coach.

The Fire had an up-and-down season, but headed into their final game against New York City FC needing a win to secure a spot in the playoffs. But the ghosts of seasons past reared their ugly heads once again and the team lost 4-3, knocking them out of playoff contention.

The failure to make the playoffs was particularly significant because MLS expanded the typical postseason format for this season. Ten out of the 14 teams in the Eastern Conference were guaranteed a spot in the postseason, and now the Fire has the dubious distinction of being one of the four teams on the outside looking in.

“It’s embarrassing when you say that 10 out of 14 teams make it,” said Fire supporter Samed Musa. “But if you told me that the Fire wouldn’t make the playoffs before the season started and assuming the format was normal, then I wouldn’t be too down. I look at teams based on whether they’re a ‘playoff team’ or not. If you account for the turnover in the squad, essentially a rebuild with no MLS experience, then I would tell you this team is not playoff caliber.”

It is all about perception when it comes to the Fire. Despite the front office changes and player acquisitions, this year did feel like a transition season. Partly for that reason, some supporters had tempered expectations.

“My expectations were low, to be fair,” said Jake Payne, co-founder of the Black Fires supporters’ group. “I definitely thought this season was a transition season because of the new owner and the team having to be thrown together like two months before the season started.”

Whether one’s expectations were low or high, missing the playoffs still stings. Not just because of the league’s expanded playoffs, but because the Fire finished behind Inter Miami and Nashville SC, two expansion teams playing their first season in MLS.

At the same time, however, given the late appointments of both Heitz and Wicky, the team was already starting behind the eight ball. With this season being looked at as a transition period, they do get some leeway.

“I think Wicky and the front office get a pass this year, I think a bigger issue this year was the trend of some players not giving their all or playing smart,” Payne said. “However, this is a big offseason for them now. They know exactly what they need to do, and now they have to go do it. If they don’t make the needed signings, add more quality depth, or utilize their young talent well next year, they definitely need to be in the hot seat.”

Before the start of the season, one of the storylines involved the team  returning to Soldier Field after nearly 15 years playing at SeatGeek Stadium in Bridgeview. It was set to be a big occasion, but any and all plans to celebrate were thrown out the window with no fans being allowed in the stadium due to Covid-19 safety regulations. Another was the controversy surrounding the club’s rebrand, which was not received well.

“I think with any rebranding or change there is always going to be criticism or an unhappy group of people, but in this case the rebrand was rightly criticized and sadly it brought attention to the Chicago Fire for all the wrong reasons,” said sports consultant Sinhue Mendoza. “Seemed to me the largest group that was unhappy was their most loyal base, and you can’t have that, considering there is so much competition today at a much higher level with Liga MX, EPL, La Liga and the other leagues in Europe and Latin America.”

The dislike towards the rebrand was talked about so often before and during the season that supporters who were initially against it are now simply just tired of hearing about it.

“Our fans literally cannot function without mentioning the logo,” Payne said. “I personally could care less. They didn’t do that well with the old logo, so I’m not attached to it. It, without a doubt, will never end until they change it, and even if it changes, and it’s not exactly the old logo, they’ll complain about it. That’s not where my area of concern is.”

The expectation with the rebrand was that it would mark a new beginning for the club. Pushback was expected, but the hope was that good performances and results on the field would calm those voices down.

“The sports cliche is ‘winning cures all’ and [the] reality is the Fire did not win many games in 2020, missed the playoffs for the third straight time and haven’t won a playoff game since 2009,” Mendoza said. “The pressure is definitely on the entire club, from the front office to the technical staff. Even more so with the unpopular rebranding of the club.”

Despite the disappointing end to the season, it wasn’t all bad for the Fire. In addition to returning to Soldier Field, the team also made significant strides in getting back into the consciousness of Chicago sports fans when they signed a deal with WGN.

The multiyear agreement saw WGN air 24 of the team’s matches this season. Giving people an opportunity to watch MLS games on local television is important. Not only does it bring exposure to the Fire, but it’s a way to build an identity or link with supporters new and old — something similar to what the Cubs were able to do with generations of fans growing up watching games on WGN.

“Not only is WGN on most TV sets in Chicagoland, but WGN sports is the most historical affiliate in terms of the history of Chicago sports, having been the home of the Chicago Cubs, White Sox, Blackhawks, Bulls and DePaul basketball,” Mendoza said. “Having the Fire back in the city brings you closer to everything that is important as far as your base and target consumers.”

As for what’s next, the front office will now have one full offseason to improve the team. The defense will likely be the team’s biggest need, along with squad depth. Wicky didn’t deviate too much from his starting lineup. It is apparent from this season’s results that he needs to have more players he can trust at his disposal.

“They need to address their back line,” Payne said. “I don’t think it’s strong enough to survive another year. Also the wingers were so inconsistent, they need some quality depth there and in other positions. Wicky had to wheel out the same starting roster across the year because he didn’t have a lot of people to be confident in should someone get injured.”

The ongoing pandemic and lack of fans in the stadium is going to be a factor when planning next season. Not having fans in attendance took a toll on the club’s bottom line. They will have to plan within their means, which leaves less room for error.

Some fans may have given them a pass for this season. Next year might be a different story. The Fire cannot afford to miss the playoffs for a fourth year in a row. The clock is ticking, and for the organization, time is a luxury that they do not have.