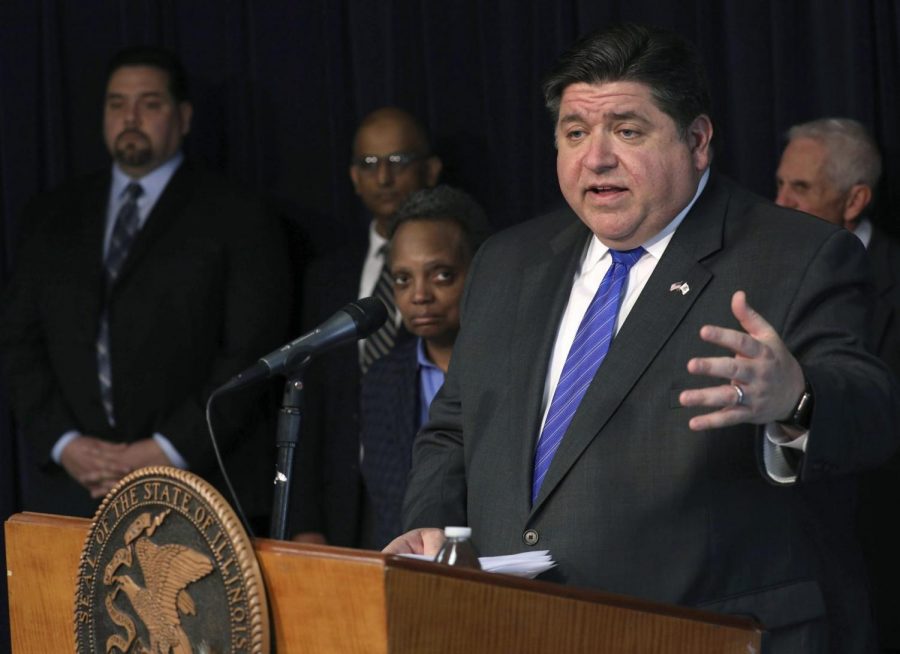 After a heated battle between Gov. J.B. Pritzker and state billionaires leading up to the election, Illinois voters ultimately voted against the proposed Fair Tax Amendment – which would change the state’s 4.95 percent flat income tax to a graduated-rate based on income.

Illinois is one of nine states that still applies a flat income tax rate. 34 others have adopted a graduated-rate system while seven do not have an income tax, according to records from the Federation of Tax Administrators.

Dubbed one of the hottest items on the ballot, support for the bill only obtained 2,653,742 votes with the opposition winning with 3,031,801 votes – making up 53.32 percent of the vote, according to Ballotpedia.

“The billionaire opponents and their conservative allies mounted an intense and ultimately brilliant ad campaign,” said John McCarron, an adjunct faculty member at DePaul University specializing in Chicago politics and local taxation. “They convinced a majority of ‘swing’ voters that politicians were not to be trusted, that if progressivity was allowed the Democrats would want more next year and more the year after.”

The proposed measure gained national attention as over $100 million was donated to organizations on both sides of  the matter.

Billionaire Ken Griffin led efforts to defeat the bill – donating $53.75 million to the Coalition to Stop the Proposed Tax Hike Amendment. On the other hand, Pritzker donated $56.5 million to the Vote Yes for Fairness committee, according to records from the Illinois Board of Elections.

Representatives from the Vote Yes for Fairness committee and Coalition to Stop the Proposed Tax Hike Amendment could not be reached for comment in time for publication.

Other conservative groups, such as the Illinois Policy Institute, were also vocal about their disdain for the bill leading up to the election.

Adam Schuster, the organization’s senior budget and tax researcher, said voters “wised up” to the corruption of officials through advertisements opposed to the amendment.

“The middle class saw the threat, because they knew the state’s nearly $140 billion pension debt would mean they’d be the next target for higher taxes,” Schuster said. “It didn’t help that as voters were considering whether to grant increased taxing power to Springfield — they watched as multiple state officials were under investigation for corruption, including the state’s most powerful politician, House Speaker Michael Madigan.”

A lack of trust in state officials wasn’t the only reason the amendment failed to pass, according to both McCarron and Schuster, as both noted the lack of a paired change to the state’s pension plan left older voters unsure.

Schuster said the current pension system has the “worst pension debt-to-GDP ratio” of any state in the nation.

A report from Moody’s Investor Service estimates that the debt in the state’s public pension system could spike up to $261 billion by the end of the current fiscal year.

McCarron said retirees had fears about what the new tax system would mean for their income.

“Many retirees feared they’d be next, that they would lose their exemption on retirement income,” McCarron said. “None of this would have been possible were it not for a very deep and widespread skepticism most voters now hold toward government in general and some politicians in particular.”

Despite the loss, voters may still see a tax hike – as the state is currently facing a $3.9 billion budget deficit in the fiscal year ending on June 30, 2021.

“A structural deficit of the size that Illinois is facing cannot be addressed by spending cuts alone,” Pritzker’s budget forecast said.

To close the gap, McCarron said citizens may see the state’s current flat income tax of 4.95 percent raising to 6 percent – or more.

“The state has to balance its budget and can’t do so via budget cuts alone,” McCarron said. “License fees also may be raised. Perhaps a transaction tax on certain activities.”

Schuster said while legislators do have the power to change the tax system through statutory law, they are “restrained by certain protections” in the state constitution.

“By defeating the amendment, voters ensured that lawmakers are held accountable for tax increase by all taxpayers at once. This makes it more difficult politically to raise taxes.

McCarron said despite the difficulties Pritzker may still seek changes to be made to the state’s tax laws.

“There could be another effort to eliminate the pension ‘diminishment’ clause from the Illinois Constitution, though this would not impact existing employees, just new hires,” McCarron said. “[There] might also be an effort to extend corporate income taxes on profits earned from sales outside Illinois by Illinois-based corporations… all very controversial.”