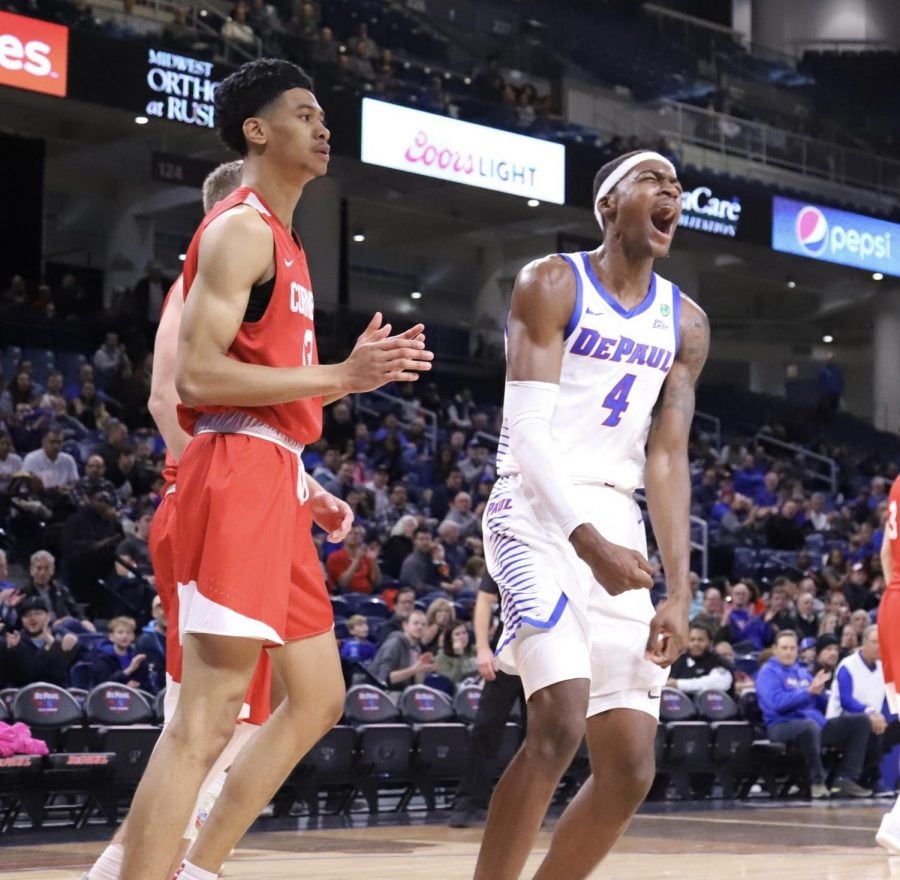 DePaul junior forward Paul Reed celebrates after a play in the second half against Cornell on Nov. 16, 2019 at Wintrust Arena.

Paul Reed had to wait until the Philadelphia 76ers’ second preseason game to make his debut.

Reed did not see any playing time in the team’s first preseason game on Tuesday, but finally got on the court against the Indiana Pacers on Friday. In four minutes of playing time in the fourth quarter, the 6-foot-9 forward scored two points and grabbed one rebound.

Reed did not get many touches in the game, but he was eventually able to get the ball in the post before drawing a foul. He knocked down both of his free throws.

The 76ers drafted Reed with the 58th pick in the 2020 NBA Draft, and signed him to a two-way contract. Philadelphia opens up its season against the Washington Wizards on Dec. 23. It is likely Reed will spend time with both the 76ers and the team’s G League affiliate — the Delaware Blue Coats — in his rookie season.

In three years at DePaul, Reed’s playing time and numbers went up each season. By his junior year, Reed was an established starter while averaging a double-double. He was named to the All-Big East Second Team at the end of the 2019-2020 season.

Another former DePaul player that is currently playing in the NBA is Max Strus, who spent two seasons with the Blue Demons from 2017-19. Strus is currently coming back from a torn ACL that he suffered last December during a G League game with the Windy City Bulls.

Strus only played a handful of games with the Chicago Bulls last season and spent most of his time in the G League before suffering his injury. In an interview with The DePaulia in October, Strus said he had already been fully cleared for contact.

A month later Strus signed with Miami Heat, who lost to Los Angeles Lakers in the 2020 NBA Finals, to compete for a roster spot. There is no guarantee Strus will still be with the Heat after the preseason ends, but there is a chance he could sign a two-way contract with the team.

Strus scored 11 points on 4-of-13 shooting, grabbed eight rebounds and dished out four assists in the Heat’s first preseason game against the New Orleans Pelicans on Dec. 14. The 6-foot-5 guard had a better game against the Toronto Raptors on Friday, with a 22-point performance on 8-of-11 shooting from the field and 6-of-8 from the 3-point line.