Trump considers granting pardons to family members, himself during last month in office 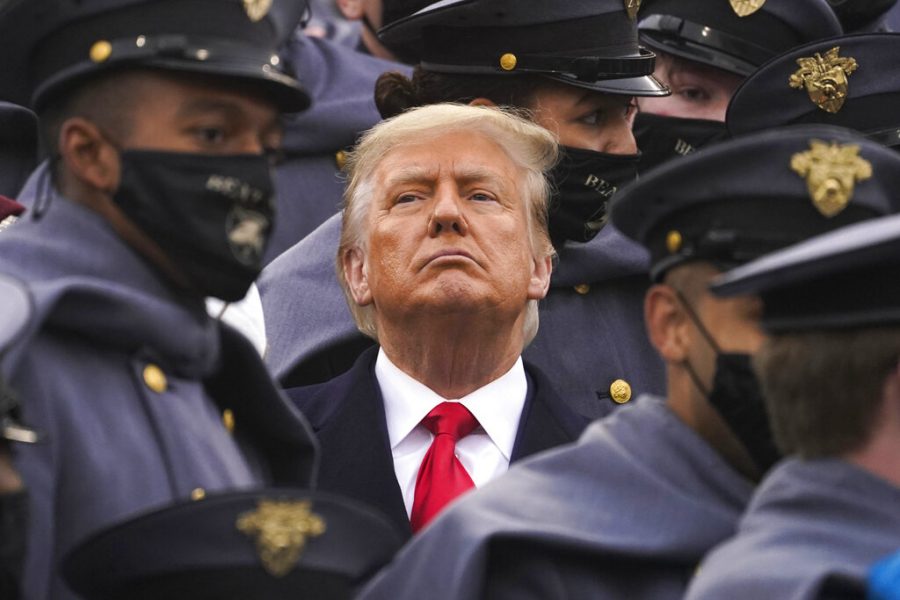 As President Trump’s time in office comes to an end, he has considered pardoning several of his allies, along with granting preemptive pardons to members of his own family.

According to an article from The New York Times, Trump worries that the Justice Department under President-elect Joe Biden would “seek retribution against the president” by going after Ivanka Trump, Donald Trump Jr. and Eric Trump, the president’s three oldest children.

Special counsel Robert Mueller investigated Donald Trump Jr. for his contacts with Russian individuals that offered “damaging information” on President Trump’s 2016 presidential rival Hilary Clinton during the campaign, according to the same article. Mueller’s team, however, did not prosecute the president’s son.

Meanwhile, the Manhattan district attorney has expanded its investigation into the Trump Organization to incorporate the company’s “tax write-offs on millions of dollars in consulting fees” which Ivanka Trump may have received, according to the same New York Times article.

The president does have the power to grant pardons to his relatives and close allies. Article II, Section 2 of the Constitution gives the president the power to “grant Reprieves and Pardons for Offences against the United States, except in Cases of Impeachment,” which does not prohibit pardons that may create the appearance of a conflict of interest or self-interest.

A president’s clemency power also allows them to grant preemptive pardons, or pardons granted prior to the beginning of any legal process. In the 1866 case Ex parte Garland, the Supreme Court ruled that the power to pardon “extends to every offense known to the law, and may be exercised at any time after its commission, either before legal proceedings are taken or during their pendency, or after conviction and judgment.”

“Jimmy Carter, for example, gave a pardon to all people who had dodged or avoided the draft during Vietnam,” Steger said. “These people had broken the law, but generally had not been indicted, tried or convicted of such.”

David Lay Williams, a professor of political science at DePaul, explained that members of both parties would characterize the reasons behind Trump’s consideration to grant preemptive pardons to his family members differently.

“Democrats will say that he would want to pardon his family because he knows what they’ve been up to … and he might know for that matter the degree to which they might be under investigation already, things that we may not know about,” Williams said.

Williams added that Trump may decide to use his clemency power to put an end to any investigations involving his children.

“All investigations that are underway right now will come to an end, and they will benefit from his executive authority,” Williams said.

Republicans, on the other hand, may frame possible pardons by Trump of those close to him as a way of preventing political retribution, according to Williams.

“Republicans will say … that President Trump would exercise this power to put an end to perceived political payback that Democrats never liked Trump or his family and now that they’re taking power over the Department of Justice, they’re going to use their new authority to prosecute people because they disagree with them politically,” Williams said.

Despite the president’s ability to grant pardons to those close to him, there are limits to his clemency power, as presidential pardons and commutations only apply to federal offenses, not state offenses.

Williams explained how this would affect Trump if he were to pardon himself.

“The president is still very much vulnerable to actions from state governments, and this is of particular concern to him when it comes to the state of New York, which has several investigations into Trump’s taxes and the actions of the Trump Company in New York,” Williams said. “There’s nothing in Trump’s pardoning power that can save him from that.”

As the president decides whether to grant pardons to his children, Trump has used his clemency power to commute the sentence of Roger Stone, an informal adviser, and he recently pardoned Michael Flynn, his former national security advisor who “pleaded guilty to lying to the FBI” twice, according to a New York Times article.

Questions have also been raised regarding whether the president has the power to pardon himself.

“From the philosophical standpoint of the rule of law, a president who could pardon himself would be free to commit any crime he or she desired and then pardon themselves to avoid accountability,” Steger said. “That would make the president essentially unlimited in his power as he could wholly ignore Congress and Court efforts to check or limit the president.”

Williams agreed that it would set a dangerous precedent for future presidents, allowing them to commit “all kinds of heinous crimes as president” and having the ability to pardon themselves in the end.