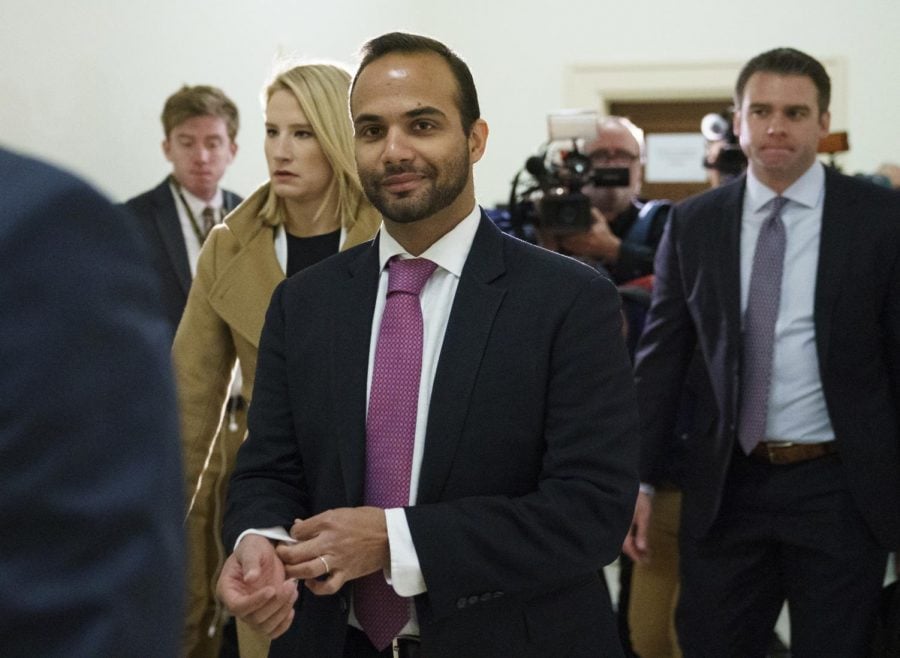 In this Oct. 25, 2018 file photo, George Papadopoulos, the former Trump campaign adviser who triggered the Russia investigation, arrives for his first appearance before congressional investigators, on Capitol Hill in Washington.

Papadopoulos, formerly a foreign policy adviser to the president’s 2016 campaign, was convicted in the special counsel’s Russia inquiry. He pleaded guilty to lying to the FBI in 2017 about his role in trying to set up “off the record” meetings between the Trump campaign and Russian officials.

The White House said in a statement Papadopoulos was “charged with a process-related crime, one count of making false statements” in Special Counsel Robert Mueller’s investigation, which Trump and his allies have continuously denounced as a hoax.

“Today’s pardon helps correct the wrong that Mueller’s team inflicted on so many people,” the White House statement reads.

Papadopoulos graduated from DePaul in 2009 with a bachelor’s degree in political science. He was described by a past professor as being relatively nondescript during his time at DePaul.

“He was pretty invisible and conventional,” said Richard Farkas, a political science professor at DePaul who taught Papadopoulos. “He was not really an outstanding student.”

The DePaulia previously reported that Papadopoulos embellished his resume to get a leg-up in his political career. On his LinkedIn, Papadopoulos listed attendance at the 2012 Geneva International Model United Nations as foreign policy experience. Two people who were part of the delegation that year, including Antony Papadopoulos (no relation), current secretary general of the Geneva program, said they had no recollection of him being there.