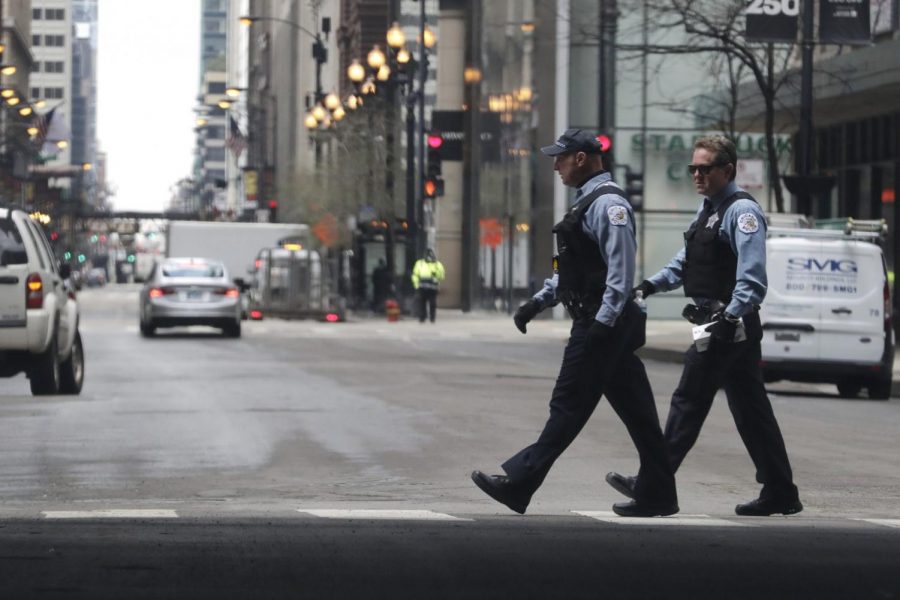 John Catanzara, president of the Fraternal Order of Police, defended pro-Trump extremists that participated in the attempted coup of the Capitol Building in an interview with WBEZ that aired Thursday morning.

“If the worst crime here is trespassing, so be it,” he added. “But to call these people treasonous is beyond ridiculous and ignorant.”

In a message published to the union’s website Friday morning, Catanzara apologized for the “lapse in good judgement” in his comments.
“I was in no way condoning the violence in DC yesterday,” he wrote. “My statements were poorly worded. I certainly would never justify any attacks on citizens, democracy or law enforcement. After seeing more video and the full aftermath, my comments would have been different.”
“I ask that you consider the totality of my comments yesterday,” he added. “What is almost totally overlooked was the fact I said the President needs to accept responsibility for yesterday’s events and that he should formally concede the race to put everything to bed once and for all.”

DePaul and the FOP, of which Catanzara is president, offer programs that help members of the union to earn their bachelor’s, master’s or doctoral degrees. Participants are offered a 25 percent tuition discount by DePaul, and if the participants receive an “A” as their final grade, the City of Chicago offers a 75 percent tuition reimbursement — leading to a free degree, according to a description on the website for DePaul’s College of Law.

Catanzara’s comments contradict that of DePaul President A. Gabriel Esteban — despite the academic partnership between the two institutions — on the event.

“Today’s unprecedented events in the nation’s capital reveal just how precious and fragile our democracy actually is,” Esteban said in a university-wide email. “The shocking scenes provide a disturbing portrait of division and distressing outcomes of a nation at risk of being torn apart.”

Esteban went on to reference St. Vincent de Paul’s dedication to peace and non-violence in asking the community to “pray and work for the resilience of peace, democracy and hope” in line with the university’s mission.

All three university spokespeople declined to provide comment or information for this story. The DePaulia began reaching out on Dec. 21 asking questions about the relationship between DePaul and FOP given Catanzara’s past statements, and has since sent seven messages and left two voicemails.

The university previously declined to cut ties with the FOP in a message from Interim Provost Salma Ghanem.

“Student petitions have requested DePaul stop offering courses to CPD officers,” Ghanem wrote. “We understand this request is rooted in pain, outrage, and the desire to take a stand against police brutality. We need to remember though, the actions of a few do not represent the students we teach.”

Catanzara acknowledged Trump “deserves some responsibility” for the violence, but said the event was blown out of proportion.

“It’s an inconvenience at this point, is all it is,” Catanzara told WBEZ. “This is not some mass insurrection, coup attempt. They’re not destroying or burning down the fricking Capitol building. This hyperbole and this emotion that the media is spewing now, like this is some kind of end-of-times scenario, is ridiculous.”

“This wasn’t ‘frustration,’” Lightfoot tweeted. “It was a violent insurrection. The comments by John Catanzara, Chicago FOP President, either demonstrate clear delusion or reckless disrespect for the rule of law — or both.”

In a later interview Thursday with the Chicago Tribune, Catanzara said he did not condone the actions of the pro-Trump extremists.

“You go to where the centrally located government is at to protest what you think is an unfair, biased election…the location almost somewhat makes sense,” Catanzara told the Tribune. “But again, storming it was excessive. You know, if they wanted to obviously occupy it like they did in Wall Street, so be it. But they took it too far.”

Catanzara faces potential removal from his position within the police union after offensive social media posts came to light in December. While serving in the Chicago Police Department, Catanzara also had numerous complaints filed against him.

It is unclear at this time whether Catanzara’s actions will affect the university’s relationship with the FOP and Chicago Police.

UPDATE 1/8/21: This story has been updated to reflect a statement of apology released by Catanzara Friday morning.