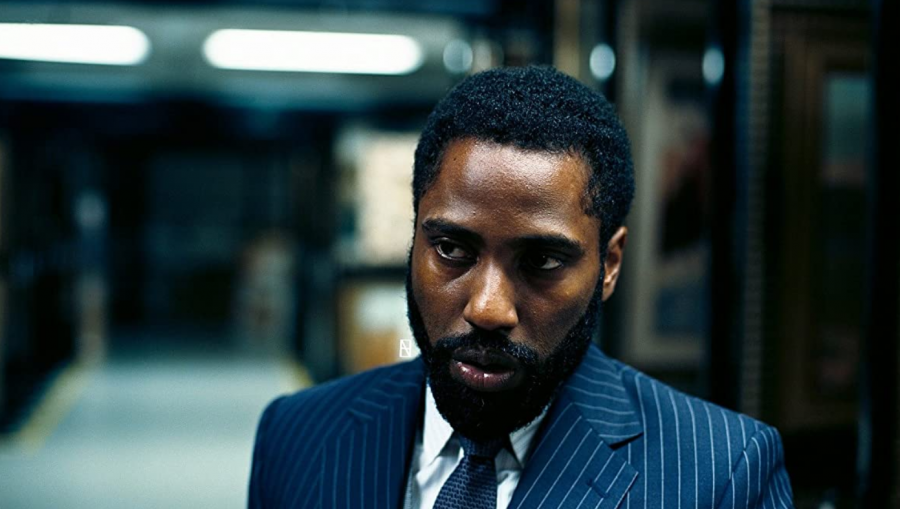 The year 2020 was anything but typical for film. Movie theaters across the nation were closed for the vast majority of the year. However, Hollywood persisted thanks to virtual cinemas, streaming services and a few stubborn studios. Even now, in its most turbulent form, cinema continues to survive and give unforgettable stories and experiences. These rank among the most unforgettable and moving this year.

Honorable Mentions: “Lingua Franca,” “Nomadland,” “Promising Young Woman,” “First Cow,” and “I Was At Home, But…”

A fearless experimental film of the moment. An unsettlingly hilarious and psychedelic exploration of how susceptible we all are to viral fear. As we watch a small group of Californians slowly start to believe that their demise is coming the next day, it makes the viewer ask how we’re able to live with ourselves moving forward. The answers aren’t easy but Amy Seimetz makes this Lynchian death march oddly palatable and completely arresting.

Kantemir’s Balagov’s sophomore feature ranks among one of the hardest films I watched in all of 2020. A textured and raw study of the collective societal rot and trauma in Leningrad after World War II. It starts broad but slowly zeroes in on the specificities of the horror that our two main characters endure, played marvelously by Viktoria Miroshnichenko and Vasilisa Perelygina. You will most definitely feel the film’s near two-and-a-half hour runtime, but not a single minute of it is wasted and its rewardingly gentle finale will leave you shaking in tears.

8) “Another Round” (Dir. Thomas Vinterberg)

For better or worse, “Tenet” was the biggest movie of 2020. Rushed into release labeled as the film that was going to save American movie theaters (note: it didn’t), Christopher Nolan’s wild and divisive spy thriller was covered fervently by the press throughout the summer but never really for what it was; a bombastic, abstract and daring fatalist portrait of evolving world threats and faith in the mechanics of the world. This is Nolan at his most elemental, experimental and exciting. We’re probably never going to get another film like it.

A film that is as tender and sincere as a loving group hug with your whole family. Lee Isaac Chung’s reflection of his family’s immigration from South Korea to rural Arkansas to pursue their American dream of starting a farm. Chung makes this story feel so vividly and comfortably lived-in with a profound understanding of human behavior and family dynamics that even when the characters pull some unreasonable punches towards one another, it’s impossible not to empathize. Every second of this lovely film is so full of grace and flows so organically.

Starts as a cool treasure hunting hangout picture and escalates into a hyper-violent feverish reflection piece that illustrates not only Spike Lee’s best qualities as a filmmaker, but also as an essayist of Black-history. Lee’s varied styles, textures and gestures elicit a strong memorable shock to the system. Most meaningful of all though are the gob-smacking career defining work from Delroy Lindo and Chadwick Boseman.

A remarkable achievement of documentary filmmaking that manages to synthesize the over-two-decade long journey for Fox Rich to release her husband, Rob, from his 60-year sentence into a brisk, heart-wrenching and beautiful 80-minute experience. It’s an unshakable portrait of unconditional love and resilience in which its values and messages are enhanced by its focus on the profoundly particular. Garrett Bradley proudly presents the individuality of the Rich family to us to allow us to maximize the appeal to heart, mind and action.

Pixar at the peak of all of its abilities. Flip-flopping back and forth between the serenely messy detailed depictions of life in New York and the fantastically abstract metaphysical world of the afterlife. “Soul” is one of the boldest, funniest and craziest films out of 2020. But Pete Doctor never lets the film’s larger than life imagination and visuals get in the way of how incredibly human the core of the story is. It subverts and redefines what the cinematic standard of living life to the fullest has been for over a century and does so in the sweetest way possible.

One of the most audacious and assured directorial debuts I’ve ever seen. Darius Marder makes this story about a heavy metal drummer learning to live with his loss of hearing a sensitive and visceral look at the terror of what it takes to simply sit with yourself and live with silence. Thanks to some ground-breaking experimental sound design and Riz Ahmed’s illuminating performance (my favorite of the year I might add), this is a masterclass in the extreme extents of empathy that cinema can take us to.

We’re all living in a world of pain, neglect and spending money, it’s a cold and cynical time to be alive. However. Miranda July is here to provide us with a loving, hilarious and thoughtful rejection of materialism. “Kajillionaire” is like the quirky indie family comedies of yesteryear mixed with a minimalist heist picture and a dash of tender rom-com vibes. It’s a crowd-pleaser but one that isn’t afraid to be heartbreakingly tough at times too. My favorite film of 2020 since almost a year ago when I saw it at Sundance, “Kajillionaire” is a sun-soaked letter of hope to everyone who can’t quite figure out their own worth in a society where it’s the only thing that matters and it couldn’t be made by anybody else. July’s confident idiosyncrasies are this film’s power.