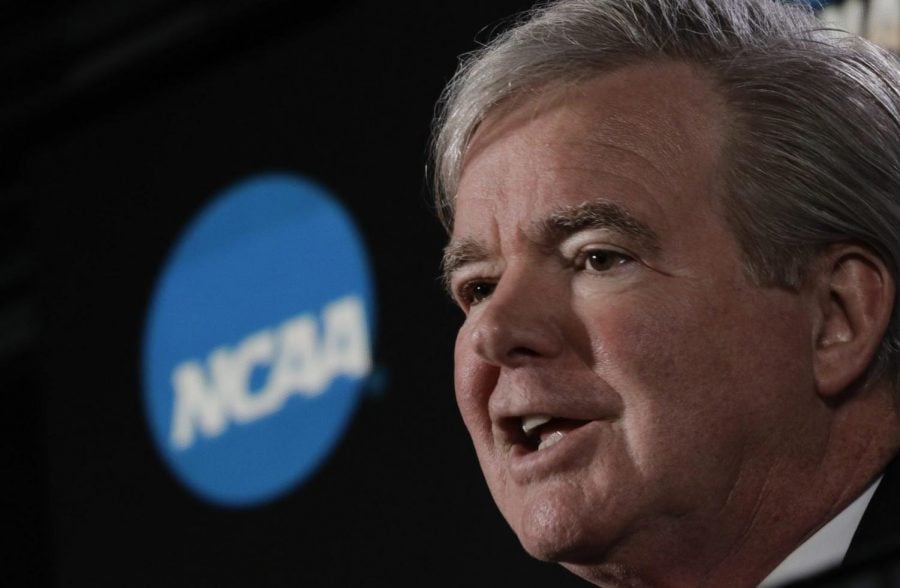 Just a couple of months ago, it seemed that the NCAA would take the unprecedented action of finally approving the right for student-athletes to make money off their name, image and likeness  (NIL).

The NCAA’s Board of Governors created a mandate on Oct. 29, 2019 to establish NIL rules by January 2021. Well, that plan hasn’t exactly materialized in the way they envisioned.

Instead, the NCAA announced last week that it has  decided to delay the vote on NIL until a future date. The NCAA has been seeking guidance from Congress to pass a bill that would provide universal rules on this issue, especially since six states have already passed their own version, with Florida’s law set to go into effect on July 1.

The goal was for the NCAA to pass something by January and for NIL to go into effect by the new academic year in August of 2021. If this legislation is eventually passed, NIL will allow student-athletes to accept endorsement deals from third-party arrangements, but schools can’t give out money to potential recruits or pay them a salary.

“You currently have got six states that have enacted name, image and likeness rules that would basically give students certain rights to make money,” said Matthew Mitten, professor of law at Marquette University and executive director of the National Sports Institute. “That puts the NCAA in a difficult position because they would enact one set of rules for Division I and it’s going to apply to students playing sports in all the division schools nationwide. Those rules might conflict or not provide as extensive or broad of rights as particular states do. The NCAA lobbied Congress over the summer and said there should be one law that applies nationwide, and the NCAA asked that they not be subject to conflicting state laws.”

Congress has not been able to pass anything since the summer, mainly due to the Covid-19 pandemic and the balance of power changing from Republicans to Democrats controlling the White House, Senate and House of Representatives.

“Unfortunately, with everything that is going on with our country right now, there are just too many issues that we have to struggle with that have a greater a societal effect, not that I’m diminishing the societal effect on student-athletes or athletic students,” said Robert Kallen, clinical professor of economics and director of the MS program in economics and policy analysis at DePaul. “But we have got a lot of issues that have been kicked back because of the last four years or that the events, both domestically and internationally, are in order for Congress and the executive branch to catch up.”

A couple of weeks ago, the Justice Department’s antitrust division leader also sent a letter to NCAA President Mark Emmert expressing concerns about the organization’s direction in terms of its rules regarding student-athletes’ ability to transfer and to make money off their name, image and likeness.

This also forces the NCAA to have to rethink its model of amateurism and how much freedom they are willing to give athletes in the future.

“They appear to have paused out of concern that the NIL plan may further open the door for the antitrust litigation underway,” said Joshua Gordon, senior instructor of sports business at the University of Oregon. “Covid-19 and the decisions to play have further weakened the amateur model argument.”

“Historically, very little change has occurred with the NCAA without litigation being the primary driver,” Gordon continued. “It’s a model that does not want to recognize the athletes as employees and doesn’t have the groundwork for antitrust exemption that you see with professional sports in terms of unions and collective bargaining. It’s hard to see non-revenue sports being paused or cut and the revenue sports continuing during a pandemic without raising questions about the fundamental model.”

Another issue that the NCAA is facing is the Supreme Court’s agreement to hear the NCAA’s appeal of the Ninth Circuit Court’s ruling that gives athletes deeper education-based benefits. According to Mitten, there is still a lot of uncertainty with what’s going to happen because the NCAA has to wait for a Supreme Court decision and also figure out if Congress will act before the new school year.

“So, that’s going to be a really important decision because it’s going to talk about what is the NCAA permitted to do by antitrust law and what are they prohibited from doing,” Mitten said. “Bottom line is, there’s a lot of uncertainty from the NCAA’s perspective.”

Kallen isn’t optimistic that the NCAA will enact NIL this year because of its tendency to be reactive rather than proactive. According to him, it’s going to take federal action before athletes can start earning money while in college.