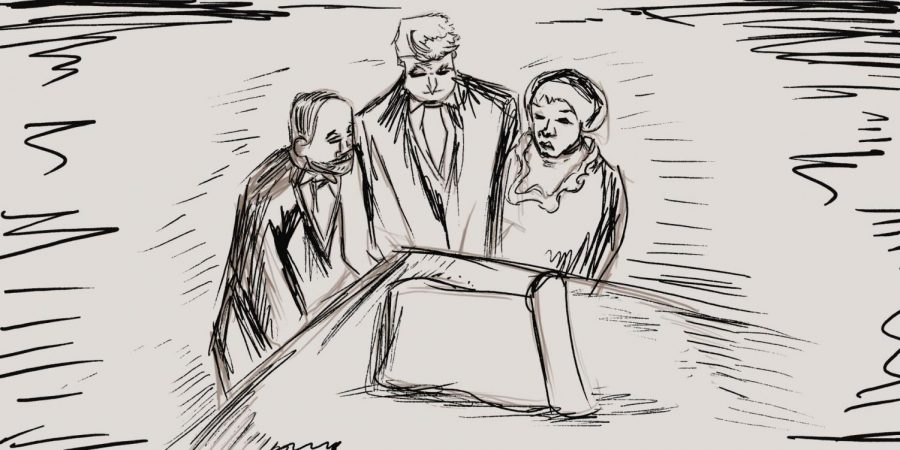 The commission and its accompanying report appear to be a direct answer to The New York Times’ 1619 project, which aims to reframe American history via a collection of essays on African American history since slavery. The 1619 Project also explores the contributions of Black Americans in building the nation from slavery until now.

During his visit to the National Archives Museum, Trump announced that the commission “encouraged our educators to teach our children about the miracle of American history and make plans to honor the 250th anniversary of our founding,” and it would teach youth to “love America.”

Many historians went against the report as it excused the nation’s founders for owning slaves and it defended the Three-Fifths Compromise — the resolution between northern and southern lawmakers that allowed Black people to be considered three-fifths of a person in regards to congressional representation.

According to The Guardian, most of the authors listed in the commission lacked credentials as historians. Scholars noticed that the commission was missing citations, bibliographies and scholarly references.

Hague agreed, explaining that it’s strange, as the document appears to be scholarly, but it doesn’t follow the rules of scholarship about citations and references.

Others noted the day that the report was released. The report was published on Martin Luther King, Jr. Day, which is the nation’s way of celebrating the civil rights leader. Plus, it was released two days before President Biden’s inauguration.

“It could be that he’s so disorganized. I can easily see that he didn’t think about it until the last minute to put it together,” explains Christina Rivers, an associate political science professor at DePaul.

Hague feels the same way as to why the report was released so close to President Biden’s inauguration.

“[It] seems [to be] a bit of a last ditch effort to produce a document… it’s a last ditch effort before the impeachment, it was a rush to get it out,” Hague said. “If it was meant to set the national curriculum going forwards, you think it would have higher priority.”

The report was full of right-wing arguments, most notably about progressive and liberal ideas, which were compared to fascism and communism. As Hague would explain, progressivism is seen as fascism by the political right for the last generation — that generation being the Millenials. He also explains a term, “liberal fascism.”

Liberal fascism is the idea that liberals are the ones telling people that there’s only one way of thinking and that people must be progressive. Hague continues, explaining that with liberal fascism, people are expected to be multicultural and that people have to accept each other’s opinions as equal.

Hague also points out the irony of how the report compares liberal ideas to fascism and communism while the 1776 Commission Report is pushing for a singular interpretation of American history.

In the report, it states that identity politics are “a regime of formal inequality.” It explains that the Civil Rights Movement eventually turned into programs that went against the ideals of the founders. The report goes as far as to say that the movement favored “group rights,” just like John C. Calhoun and his supporters — the same Calhoun who saw slavery as a “positive good” that benefitted both the slaves and the owners.

The report also states that socialism is a less violent version of communism and that it’s inspired by the same flawed philosophy.

There doesn’t appear to be any reference to what definition of socialism that the report is referring to, Hague pointed out.

“[The 1776 Commission Report] says ‘the state is going to seize private property and redistribute wealth as a governing elite sees fit,’” Hague said. “[In] the social democratic states of Western Europe, they’re taxed at higher rates than ours, and that money is redistributed as a welfare state. It’s this idea of some big bad government is going to come and take your stuff.”

Rivers explains that the report is not only wrong, but it’s partial and it has been sanitized. If someone read nothing else about the United States but the 1776 Commission Report, they would get a very partial, incomplete and bias report, explains Rivers.

If you want to read the report for yourself, you can download the PDF here. Read the 1619 Project here.