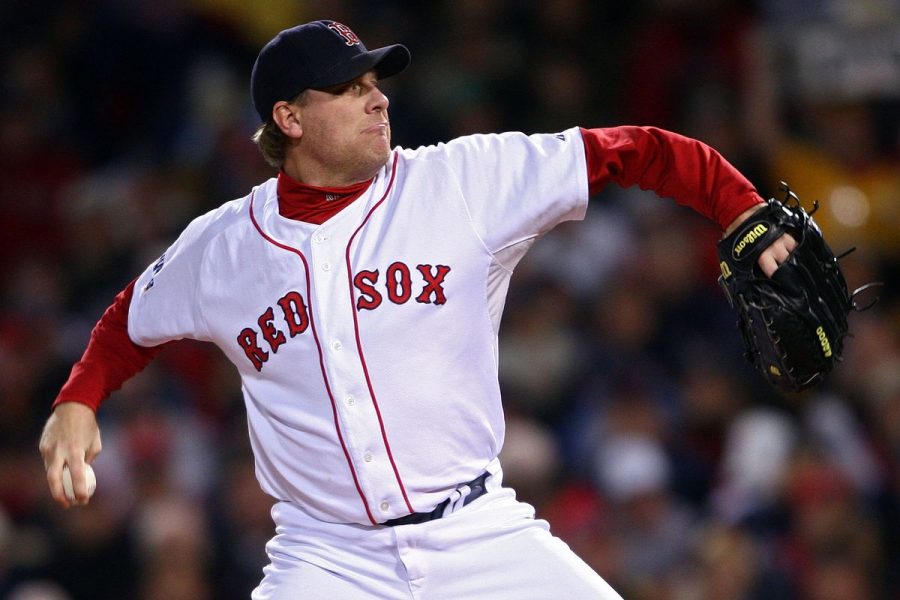 Former MLB pitcher Curt Schilling fell short of the 75 percent needed to make the MLB Hall of Fame this year.

On Jan. 26, the Baseball Writers Association of America (BBWAA) was set to announce the results of the voting for the 2021 Hall of Fame. The deadline came and went.

For the first time since 2013, there would be no new members to the Hall of Fame, as no candidate was able to reach the required 75 percent voting threshold.

However, the fact that no one made the Hall of Fame was overshadowed by the candidacy of Curt Schilling. The former starting pitcher, who won a World Series with the Arizona Diamondbacks and Boston Red Sox, has been very vocal about his right-wing views, including support for the Capitol insurrections on Jan. 6.

You cowards sat on your hands, did nothing while liberal trash looted rioted and burned for air Jordan’s and big screens, sit back, stfu, and watch folks start a confrontation for shit that matters like rights, democracy and the end of govt corruption. #itshappening

— Curt Schilling (@gehrig38) January 7, 2021
The aftermath of Schilling’s tweets raised the question of the character clause. How much should one’s character, or politics, be taken into account over what they accomplished on the field?

“I think there are two issues at play with this,” said Shakeia Taylor, sports writer and columnist for Baseball Prospectus. “One is, the character clause historically has likely kept out more Black and Latino players than any other demographic. Major League Baseball’s history with systemic issues is well known but not discussed often.”

“The second is the idea that politics are a separate issue,” she added. “People are inherently political and there is no real separation of the two. I know that it would make things a lot easier if we could just remove a person’s politics from things, but that’s just not possible.”

The controversy surrounding Schilling was prevalent throughout the entire voting process. Politics have become so ingrained in sports that it was almost an inevitability that they would become a focal point.

However, the discourse also put the BBWAA voters on the forefront.

Schilling finished with 71.1 percent of the vote, meaning that a number of voters were able to overlook his politics for his accomplishments on the field. At the same time, some who voted for him came forward and said how conflicted they felt in doing so, which made matters worse.

It led to videos and think pieces defending the vote, which came across as disingenuous or as a way to absolve any blame or responsibility.

“The one thing that’s annoying to me is when people get super overwrought about it,” said Emma Baccellieri, a staff writer at Sports Illustrated. “Yes, the Hall of Fame is important, and yes, a vote is a huge honor. But it’s never great to twist yourself into knots over how serious the ballot is and what a grand deliberative process you have in place for it.”

“The weight of history in your hands is heavy.”

Tom Verducci takes you through his @baseballhall ballot… and the honor and responsibility that comes with it. pic.twitter.com/U6bnUfDiiE

— MLB Network (@MLBNetwork) January 26, 2021
Exacerbating the issue even further is some voters wanting to alter their ballot and rescind their vote for Schilling as if they did not already know his views. Again, he wasn’t shy about sharing them on social media.

“I know some may find my use of the word coward to be too strong here, but I think it applies,” Taylor said. “My friend’s dad actually summed it up perfectly. To vote for Schilling, you need to believe at least two things: that in 2021 it’s still okay to vote Ty Cobb-level racists into the Hall of Fame and that views expressed by Schilling do not actually cause harm to marginalized people.”

“I’m actually not sure how one thinks someone with Schilling’s beliefs — not what I think he said, but what he actually said — deserves one of the sport’s highest honors,” Taylor continued. “Those who wanted to rescind their ballots should have to deal with the ramifications of their choice.”

Having been left off the Hall of Fame, Schilling went public and requested to be taken off the ballot next year, which would have been his last year on the ballot.

“The BBWAA released a statement outlining the rules in place,” said LaMond Pope, the White Sox reporter for the Chicago Tribune. “Their belief is essentially that his request to remove himself from the ballot violates the rules that were set forth by the baseball Hall of Fame’s directors.”

For now, it appears that they won’t consent to his request. However, had they done so, it could have set a precedent for those who have similar beliefs to Schilling or believe the character clause would play a role in keeping them out of Cooperstown.

“I think we’ll have a little bit better of an answer for that question once we figure out exactly what is established with the Schilling case,” Pope said. “We’ll see going forward, but for now it’s up in the air as far as what the next step in the whole process is.”

It’s important to remember that the character clause is nothing new. It’s been used as a shield to keep players accused of performance-enhancing drug use out of the Hall of Fame. It wasn’t being used this time around to “punish” Schilling.

Going forward, much of the talk will likely focus on the character clause and whether changes should be made to the voting process.

“I actually think the character clause will only become a bigger factor,” Baccellieri said. “It’s true that there are still a lot of people who voted and will continue to vote for Schilling, but I think that the clause has become such a big factor in the conversation that it can’t be ignored — even if you’re a voter who isn’t emphasizing the character clause in your reasoning for your ballot, it’ll probably be more expected that you answer for why you don’t emphasize it, or where your line is, or how you came to that conclusion.”