COMMENTARY: NBA and sports organizations should not jump the line receiving the Covid-19 vaccine 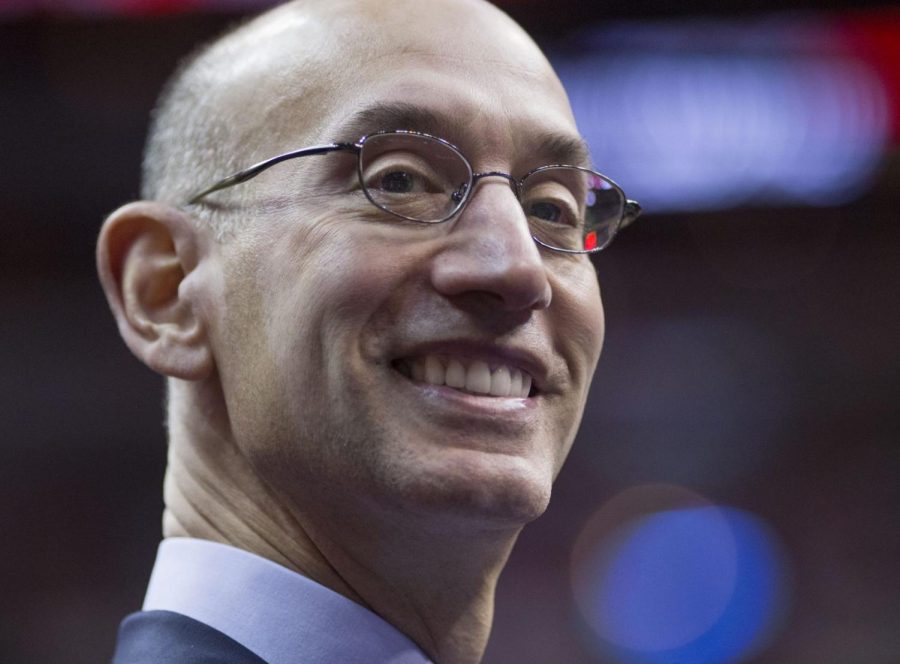 NBA commissioner Adam Silver has brought up the idea of NBA players receiving the Covid-19 vaccine to educate the public that it's safe to take.

NBA commissioner Adam Silver said back in December that the league would not jump the line when it came to the Covid-19 vaccine. But with the league not playing this season in a bubble format, the number of players testing positive for Covid-19 has risen, resulting in a number of games needing to be postponed — and a change in the league’s stance on player vaccination.

In a virtual interview with Sportico, Silver said the league was considering having its players vaccinated as part of a public service announcement to quell any concerns about the vaccine’s safety. NBA Hall of Famer Kareem-Abdul Jabbar received his first dose of the vaccine, which the league then highlighted during their games on Martin Luther King Jr. Day.

However, some will undoubtedly see this as an attempt by the league to prioritize its own players over those who may need the vaccine more. It begs the question: Who decides who gets the vaccine first?

“Because there has not been a coordinated federal strategy, these decisions have been made not just state-by-state, but sometimes county-by-county, city-by-city,” said Craig Klugman, a professor of bioethics and health humanities at DePaul University. “The U.S. Centers for Disease Control & Prevention Advisory Committee on Immunization Practices drafted recommendations on who should receive the vaccine in what order. The question is who gets it first, second, etc. These recommendations were shared with states, counties, and cities which are under no obligation to follow it.”

Even with good intentions, the optics of the NBA’s plan could come across as the league and players using their wealth and status to get preferential treatment, a sentiment only furthered by the comments of former player Charles Barkley.

During a postgame edition of TNT’s “Inside the NBA,” Barkley said professional athletes should jump the vaccine line and get preferential treatment because they pay more taxes.

Charles Barkley argues NBA and NHL players should get the COVID vaccine before others because they pay more in taxes:

“They deserve some preferential treatment.” pic.twitter.com/zF7BdWS1Z3

“I think Barkley gets paid to make statements that stir the pot and that is certainly one of them,” said Jon Krawczynski, senior writer for The Athletic covering the NBA and the Minnesota Timberwolves. “I would argue frontline workers, elderly and vulnerable and those who need to get to work every day to put food on the table all should be prioritized. But that’s just my opinion.”

Barkley has since retracted those statements. However, it once again brings up the debate about athletes and perceived preferential treatment at the expense of the “average person.”

“I think they should wait and inquire about the vaccines like the general public,” said Gisselle Morales, an employee at Advocate Health Care. “Current distribution is limited and for them to pay big money for sports athletes to get it before the general public is ridiculous.”

When asked why the NBA was going ahead with its season during a pandemic, Silver told USA TODAY they were comfortable with the health and safety protocols they had implemented. He also mentioned the fans and how sports can serve as a break from the challenges posed by the pandemic. It may be used as an argument to justify jumping the line.

“From a justice standpoint, distributing a good based on someone’s moral worth is considered unethical because most criteria of social worth are inherently biased and discriminatory,” Klugman said. “The new Biden plan for vaccine distribution prioritizes people who help others, people who are at greatest risk of death and long term sickness, or who provide a vital service to society and workers in vulnerable group settings. Athletes do not fall into any of these categories,”.

In the middle of the pandemic last year, however, athletes across all professional sports organizations were being tested for Covid-19 and seemingly being prioritized over essential workers.

Silver believes players getting vaccinated will ease the distrust given how disinformation has spread and how distrusting the public now seems to be — especially in the Black community. According to a Pew Research Center study, only 42 percent of Black Americans would be inclined to get the vaccine as opposed to 63 percent of Latinos and 61 percent of white adults.

Michele Roberts, the executive director of the National Basketball Players Association, has said that the players she’s spoken to are skeptical about the vaccine. She is hesitant about the vaccine as well.

Well-intentioned or not, both Silver and the league are under pressure to complete a full season — something that is looking less and less likely as more games are postponed. A way to alleviate that concern is to get the players vaccinated.

“The amount of postponements is already putting stress on their ability to play a full 72-game schedule and meet some of the minimum requirements for regional sports networks that televise their games,” Krawczynski said. “There’s a huge financial cost to not meeting those thresholds.

“The other part is that the playoffs are their more lucrative time of year and also would be the most difficult time to control spread with all of the traveling back and forth between cities. If the players are not vaccinated by that time, it will be pretty difficult to pull off the playoffs without major interruptions.”