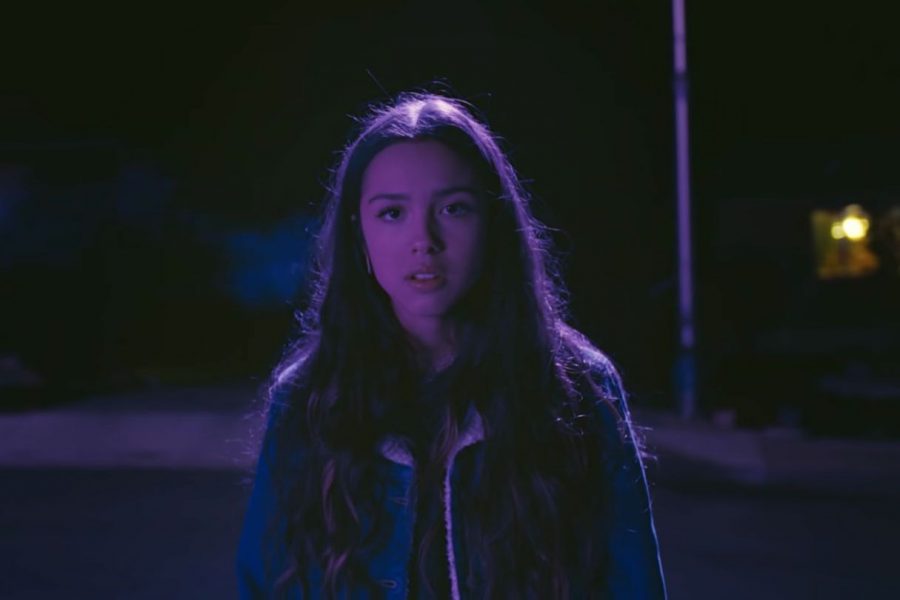 Olivia Rodrigo, a 17-year-old musician and actress, has taken over TikTok and the top charts with her record breaking single "Driver's License."

The first stage of quarantine is remembered as the time we all were home on TikTok, attempting a few viral dances and laughing at the platform’s content, helping it to grow even larger than it already had. Whether we knew it or not, we were increasing TikTok’s impact on the music industry.

When TikTok was first released in 2016, the most used viral and trending sound categories were typically Billboard hits. Users have always been able to create their own sounds and choose from an array of background audios, though it became known to creators that if the audio they used was already trending or viral, TikTok would push the content out to more viewers, meaning more exposure.

However, as the app has aged and more users have joined, it is apparent that the app has become so popular itself that the sounds that trend on the platform now influence the Billboard charts, rather than the other way around.

Many artists are aware of this ‘TikTok Effect,’ and have been releasing their music on TikTok for the past couple of years. However, the influence TikTok has had on the music industry has never been as apparent as it is today.

Olivia Rodrigo, 17-year-old star of the Disney Plus show “High School Musical: The Musical: The Series,” released a song in early January that, with the help of Geffen Records,would go viral on TikTok and continue to break world records for weeks to come. The single has been referred to by The Atlantic as “the breakout pop song of the year.”

Rodrigo’s self-written song, “Driver’s License,” explores her feelings of heartbreak due to love triangle drama between Rodrigo, her “HSM” co-star Joshua Bassett and well-known Disney star Sabrina Carpenter that is alluded to through the lyrics. That, of course, helped to fuel the song’s popularity even further.
@nickolas_rayI would give anything to see his initial reaction to the song😭😭 IB:@glizzyglizbert♬ drivers license – Olivia Rodrigo

In four days, “Driver’s License” was No. 1 on the Billboard charts and had broken the record on Spotify for most streams in a single day for a non-holiday song. How exactly did this 17-year-old’s breakup ballad shatter those records? Largely thanks to TikTok.

On Jan. 4, four days before the song’s release, Rodrigo took to TikTok to film a video teasing the song and telling the story behind its creation. Since then, that video has over 40 million plays on TikTok to date, and the “Driver’s License” sound has been used approximately 1.5 million times across the platform. On top of it all, Taylor Swift took to Instagram to post to her 145 million followers that she loved the song.

Daniel Makagon, program chair of communication studies at DePaul, found Rodrigo’s song to be quite catchy and understood why people like it.

“Most pop songs are similar: hook comes quick, song structures don’t deviate much,” Makagon said. “We are comfortable with the sounds and we like hearing sounds that we know, which is kind of circular. Those sounds are easy to build into a short video clip for TikTok or an Instagram story. For example, the sound, story line, and structure of Rodrigo’s song doesn’t seem radically different than Tate McRae’s “You Broke Me First,” minus McRae’s EDM drop after the chorus.”

Makagon said that it is also important to note Rodrigo’s Disney fame when considering how quickly the song has blown up.

“Rodrigo’s status as a Disney star meant she already had enough followers to quickly create a buzz for the song, but other less famous artists have used social media to garner global attention for their songs,” he said.

DePaul senior Peter Schultze, alternative music producer and artist known as Skeet Pete, admitted to the effects social media has had on his music production.

“Social media has made me become more aware of the accessibility of my music and hoping it can resonate with a lot of people, you know?” Schultze said. He added that as far as TikTok goes, he has set it up so that all of his new music gets automatically uploaded to their audio library.

Raphael Maleh, a junior at DePaul’s School of Music who produces EDM under the name Shady Lion, stated that he just put his band on TikTok because it is a “larger scope and reach on your music… [It’s a] great tool to utilize to maximize your reach.”

Sabrina Carpenter and Joshua Bassett, the other members of the “Driver’s License,” drama, have tried to follow up in the song’s spotlight by releasing songs of their own about the love triangle situation. Carpenter’s  “Skin,” which debuted in Spotify’s top five, and Bassett’s song, “Lie, Lie, Lie,” seem to have slightly more rude underlying messages, though both have stated that they do not want to spread hate or drama.

Whatever your view on the situation, we can all agree that Rodrigo’s execution in releasing “Driver’s License,” as well as her overall songwriting skills, can be described in just one way — genius.