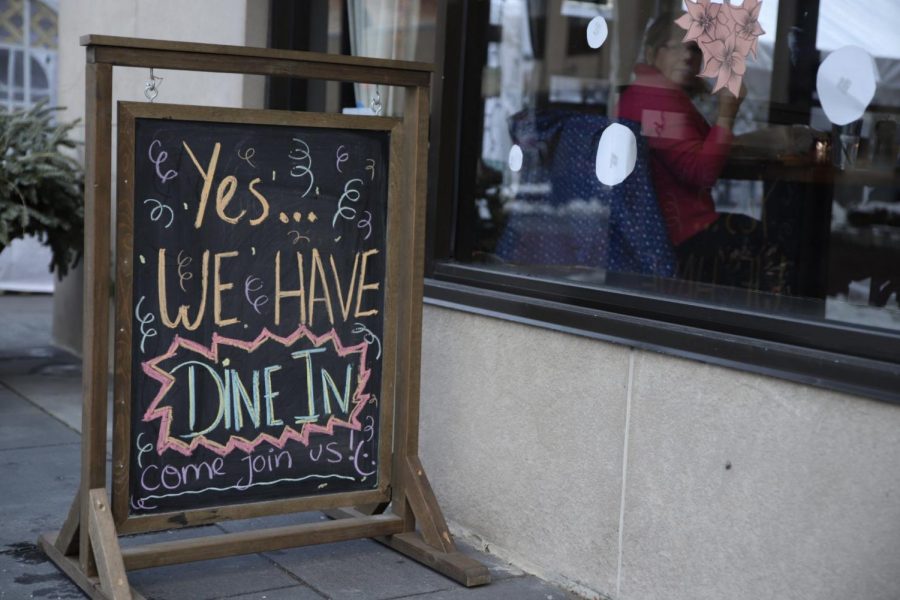 Craig Klugman, head of DePaul’s Covid-19 Response Team and a health sciences professor, said a combination of factors led to the decision to resume indoor dining.

“The determination to move to Tier 1 is allegedly based on the city meeting certain metrics,” Klugman said. “I suspect there was also some political pressure by restaurateurs and retailers because the pandemic has been rough on their businesses.”

Under the city’s new rules, restaurants and bars are open to seat guests at no more than 25 percent capacity or a 25-patron max, whichever is less. Tables also aren’t allowed to exceed four people dining indoors. If food isn’t being served, indoor service is to be suspended.

Even if the state eases restrictions, Mayor Lori Lightfoot said the city will keep the capacity limits in place.

“We still have more work to do and we must remain diligent in the fight against this deadly, unceasing virus,” Lightfoot said in a Friday statement. “I am optimistic that we will be able to increase capacity soon, but it would be irresponsible and dangerous to rush to reopen further and undo the incredible progress we have made as a city.”

Indoor dining resumed in the city with capacity limits over the summer but was banned once again in October after a reported surge in Covid-19 cases.

Daniel Sachs, executive director of education and programs at the University of Chicago’s Polsky Center for Entrepreneurship and Innovation, said local restaurants have had “extraordinarily difficult” times with the cycles of opening and closing.

“Many restaurants have closed or will not recover,” Sachs said. “At the same time, there is a little bit of hope — new ways of operating and, perhaps, translating the restaurant experience through takeout and delivery.”

Hadley Quinn Saute, 24, works as a server at Smoke Daddy in Wrigleyville. She said she and her live-in boyfriend both work at restaurants and have had their pay “exponentially affected” by the pandemic.

“My boyfriend is a chef and he is currently working at 60 percent of his salary, with his restaurant pivoting from fine dining service to 100 percent takeout meals,” she said. “My restaurant tried very hard to operate with outdoor-dining only, which limited our guest numbers and therefore the money I was able to make. But with the latest indoor dining ban in October, we shut our doors ‘for good’, forcing me to turn towards unemployment.”

Saute said she has felt “very safe” working at the location as a result of implemented precautions but added constantly reopening can “do more harm than good.”

“It takes a lot of work to open up a restaurant, especially one as big as Smoke Daddy,” Saute said. “We have to go in and deep-clean, reconfigure the seating arrangements in all dining rooms [and] patios, the kitchen has to prep for service and the entire staff needs to be constantly updated on rules and regulations that are set by those in higher positions than our owners.”

Saute added she’s worried the new rules may change if a spike in cases occurs.

“I’ve been laid off multiple times this pandemic, mostly from having to shut down our dining rooms, and it doesn’t get easier,” Saute said.

Klugman said it is important to note that while studies have shown a correlation between indoor dining and infection spread, experts don’t know the true cause of the spread.

“We do not know if they are getting the virus at the restaurants or if indoor dining is simply a marker of other risky behaviors,” he said. “We are balancing health safety against economic safety here, and that is a challenge.”

Despite this, Klugman said he expects there to be a spike in cases in the next 4-6 weeks due to the virus’ new variants.

“I don’t think it will be because of indoor dining alone,” Klugman said. “It is really hard to know if spread is due to indoor dining or if people who dine indoors also partake in risk — in terms of exposing themselves to the virus — behaviors.”