The age of reboots 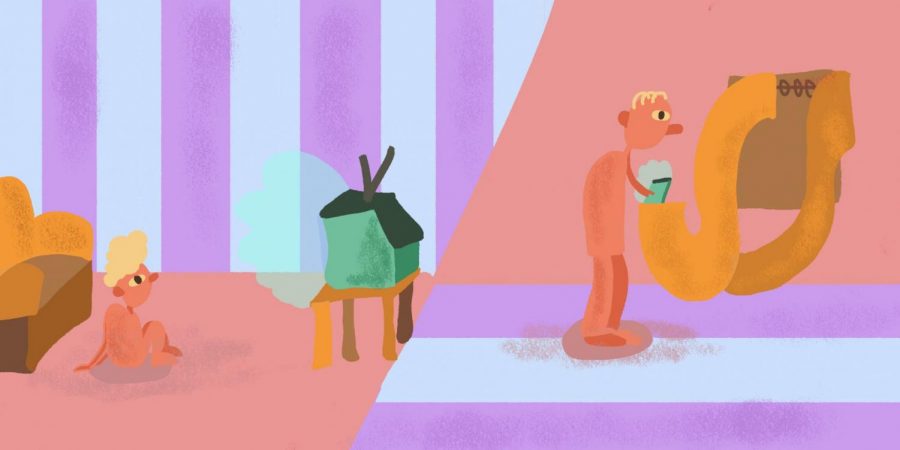 It feels as if most films released in the last few years have been some form of reboot, remake or sequel. While it may seem like just a lack of creativity on part of the studios, the recent emergence of reboots says a lot about the culture and social status of the world, particularly in the United States.

In December, when Disney released its updated list of planned movie releases through 2027, people were shocked — but not surprised — at how many films on the list were merely sequels or recreations of films Disney has already made. Coming from Disney, which prides itself on creativity and imagination, this may seem a bit disappointing.

However, major studios prefer to utilize source material because they know that it works. There is no shortage of ideas in Hollywood, but studios are more concerned with producing content that will bring in money at the box office.

First, they know that the actual narrative content of the film has had success in the past, but it is more likely that people who enjoyed the original version of the film will come to enjoy it for a second time.

“The thinking goes, if a movie was successful in the past, why not redo it now giving it enough of a spin so that it’s similar to the original, but different enough to appeal to audiences?” said Scott Meyers, a professor in the screenwriting department.

Of the top 20 highest grossing films of 2019, only three of them were not sequels or reboots of some sort: “Us,” “Once Upon a Time in Hollywood” and “Shazam.” None of those films even broke the top ten list.

With such box office success, it brings up the question of why people consistently buy tickets and fill theatre seats for content they’ve already seen. At some point, everyone has finished a movie and thought to themselves, “I wish I could watch that for the first time again.” For many, recreations offer an opportunity to experience something they know they love in a new way. Others may just be curious to see how the studios will “mess up” a classic. However, a recurring theme across all reboots is that of nostalgia.

So why do viewers want to live in nostalgia rather than experience new innovative content? All answers point to the current political climate. As the economy and the general status of the world becomes more uncertain, people get their consistency and stability from movies. This is a similar concept that was employed by Metro-Goldwyn-Mayer studios in early Hollywood.

Louis B. Mayer, the co-founder of MGM, was known for insisting that films should be fanciful and have happy endings. He offered a mental escape for people dealing with the stress of World War II. Rather than being comforted by the technicolor of “The Wizard of Oz” (1939), current audiences are nursed by the familiarity they feel with characters from their childhood.

In just the limited releases of 2020, most of the films were a form of reboot, one of the biggest being “Wonder Woman: 1984.” In the film, Wonder Woman (Gal Gadot) must battle against a villain who grants wishes whenever he pleases while wearing shoulder pads and feathered hair. It is a peculiar choice to set a film that is a reboot of a 1970s television show in the power hungry 1980s. Yet, if we dive deeper into the purpose of reboot films, we’ll find how intentional of a choice this is.

In placing Wonder Woman in 1984, Director Patty Jenkins is able to evoke the feeling of nostalgia twice over. There is nostalgia for the character of Wonder Woman herself, as well as nostalgia for a bygone era. Not only this, but at one point, Wonder Woman’s love interest, Steve Trevor (Chris Pine), must come back from the year 1918 and she must explain everything that has changed about society since then. Through this, older audiences are offered the experience to relive parts of their childhood and share in the “everything is changing so fast” experience.

Nostalgia can help people cope and self soothe, which in itself is not harmful. However, audiences can lose out if they get lost in that feeling. Whenever nostalgia for fashion of a certain era is discussed, it is also accompanied by criticism of racism, sexism and general social hierarchy of the time, and films are not any different.

People who long for the simpler times of their childhood where things were less complex are not wrong in doing so. However, it has to be noted that less complex times also harbored much more hatred and social inequality. Though producers can place new, diverse actors in these reboots, they are still operating within a story that originated in a less diverse time.

Nostalgic reboots can “preserve the kinds of structures and stock characters, and it preserves the status quo,” says Jess King, a professor in DePaul’s screenwriting department. It is important for audiences to still be critical of the media they are consuming, even if it is comforting.

Though reboots are popping up everywhere, there still seems to be a general distaste for them in comparison to original content.

“Not every movie will push the envelope, and that’s fine, but giving life to new stories is what the medium is all about,” says John Riley, a senior majoring in Film and Television with a screenwriting concentration.

However, the theatres of reboot films were full prior to 2020, and they will likely be full again when theatres reopen. So it seems that people enjoy the comfort they bring, but when looked at critically, they prefer original films. Perhaps reboots are the junk food we love to consume, even when we know we should be eating better.