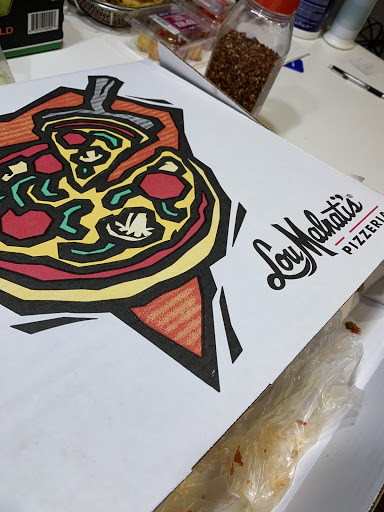 Lou Malnati's Pizzeria is often thought to be the best deep-dish in Chicago.

The long-winded discussions about pizza in Chicago continue to steer people away from the true pizza of the city: Lou Malnati’s. Opened in 1971, Lou Malnati’s joined other pizza joints in the city (Ginos East 1966, Uno Pizzeria 1943, etc.)  and redefined Chicago deep dish. Giordano’s wasn’t far behind, joining the city’s pizza scene in 1974.

When I say that people have been steered in the wrong direction, I mean it. In the discussion over the best pizza in Chicago, there is no room for pleasantries — Lou Malnati’s is king. When Malnati brothers Marc and Rick took over the enterprise in 1981, they redefined the Lou Malnati pizza by focusing on ingredient quality and strong supplier relationships, creating a pie that remains infamous and consistently delicious to this day.

The most American food staple, the pie, demands a delicious, unique crust to stand out and pizza pies are no exception. The butter crust on a Lou Malnati’s pie is what makes it unlike any other pizza you’ve ever had — and if you tell me Giordano’s crust is better, I’m going to have to ask you to try Lou Malnati’s again.

The one thing I love most about Lou Malnati’s is surprisingly not it’s butter crust — which comes in at an awfully close second most loved thing — but instead, the franchise’s consistency. Since a young age, I’ve been ordering Lou Malnati’s for dinner with the family on nights when nobody wanted to cook or simply craved the best pizza in the city (and yes I mean the best). With numerous locations all over Illinois, I’ve ordered from a number of different Lou Malnati locations and without fail — it’s delicious and tastes just as I remember.

My Lou Malnati’s delivery experience started with the opening of a box, revealing a flakey, perfectly baked deep-dish butter crust smothered with a delicious blend of various cheeses, covered in a rustic tomato sauce topped with crumbled sausage and green peppers; leaving only one word to describe Lou Malnati’s pizza: wow.

To assure quality, make sure you order your pizza uncut and if you get sausage, specify “crumbled sausage” to avoid the sausage patty.

Not only does Lou Malnati’s make great pizza, they also make delicious salads — the perfect pizza pairing. For this order, I opted for the Malnati Salad which consists of a delicious mix of romaine lettuce, diced tomatoes, black olives, feta cheese, salami bits, thinly sliced  mushrooms, topped with their house sweet vinaigrette.

To keep the salad good for next day consumption, get dressing on the side and add to each serving, not the entire salad.