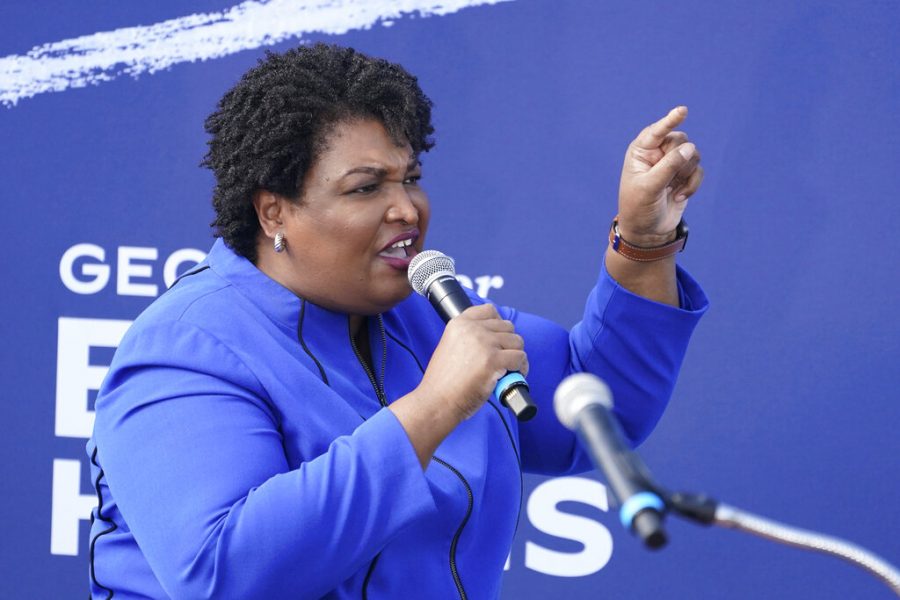 After a summer of racial justice protests, a critical election and wildfires across the country, several prominent activists and movements have been nominated for the Nobel Peace Prize.

American politician Stacey Abrams, the Black Lives Matter movement and environmental activist Greta Thunberg are all nominated for their activist work in the U.S. and abroad.

The activists’ work ranged from mobilizing Black voters to demanding justice for Black and Brown people and challenging politicians to make climate change a priority. All of them dedicate their work to create better conditions for people of color or the Earth.

Activists can create a sense of power for those who may not feel they have it. In the past, activists have started movements that have changed the world for the better. Social movements, like the Civil Rights movement, #MeToo, Sunrise and women’s suffrage all worked to create positive political and social change.

DePaul’s Environmental Law Society Vice President Reagan Airey said that she believes that it’s crucial that activists like Thunberg are recognized for her work in environmental justice.

“I think it shows that not just nationally, but internationally, these people are recognized for having a powerful voice and an important voice,” Airey said. “So I think that is another good thing for Americans, especially where we have a culture that values recognition, I think middle class people will start to take her a little bit more seriously.”

Activists like Thunberg point out inequities and injustices around our society because most of them may go unnoticed by the public.

Although it may not affect the global population right now, scientists anticipate climate change becoming irreversible due to the lack of regulating carbon emissions.

“We can see [climate change is] kind of happening all around us, if someone’s not pointing it out, a lot of people like don’t really pay attention,” Airey said. “So I think having someone like an activist laying that groundwork of getting people to know what’s going on, definitely helps. You can start to take action.”

Not only do activists elevate the push for change, but they lay a foundation for environmental lawyers and students to change policies for the better.

In 2018, the reusable straw movement began gaining popularity which raised awareness for the damage plastic straws do to our oceans and sea turtles. Although a minor detail in everyday lives, people started to abandon their plastic straws in favor of using reusable straws.

Not only did this movement impact lives, several companies like Starbucks dedicated to removing plastic straws in favor of sippy lid cups or compostable straws.

Along with big companies, Seattle also enacted a law to ban plastic straws and utensils.

What started with an individual believing in change ended with widespread action to save the environment. Airey said she believes that lawyers, students and individuals all impact the law.

“The law can be impacted by individuals who aren’t lawyers and law students, and I think that’s a big part of activism too,” Airey said. “[Activists] bring to light things that need to be changed and then that’s where lawyers and judges can step in. So it really comes from the people before it comes from lawyers.”

If Thunberg were to win the award, Airey said she believes it would empower people to make positive changes in their lives to help the environment.

“I think seeing an inspiring young woman winning this huge award will kind of motivate people like, ‘Oh yeah, like, this 17-year-old can do this and I can do this too,’” Airey said. “Hopefully it will push people to make smaller changes.”

Abrams dedicated her activist work to mobilize Black voters in Georgia for the 2020 presidential election. Georgia had been a notoriously red state for 30 years until Abrams was able to give the Democrats a chance, according to AP.

“Her strategy in mobilizing black voters in Georgia led the state to elect the first two Democrats to the Senate for the first time since the mid-1980s,” said DePaul political science professor Christina Rivers. “This was a double-layer strategy that involved the general election in November that resulted in a tie for both Senate seats, and then two run-off elections in January. Both elections required massive mobilization and coordination, not just of Black voters in Georgia, but of all of the state’s Democrat voters.”

Georgia flipped Blue for the first time in 20 years, making it a key swing state in the tight race between incumbent President Trump and then-candidate Joe Biden. The state recounted its votes three times due to Trump believing that he allegedly won the state.

Overall, Biden won with 12, 670 votes over Trump, according to AP.  Trump continued to spread false statements about him losing Georgia. This prompted the Fulton County Board to open an investigation of Trump’s efforts to decertify the results.

After the general election, Georgia also had their Senate run off elections. Abrams brought back the newly mobilized voters to the Senate races which resulted in the historic triumph of Georgia electing two Democratic Senators.

“Senators Warnock and Ossoff are not only the first Democrats elected by Georgians to the Senate in over a generation, they are also the first African American and Jewish senators ever elected from Georgia,” Rivers said. “Their races were extremely close, and fraught with unprecedented tension and resistance from the GOP. Abrams and her fellow activists helped accomplish a revolutionary outcome.”

However, the fight for equal voting rights is ongoing, according to Rivers.

“The 2018 gubernatorial election in Georgia between Stacey Abrams and Brian Kemp was marred by voter suppression, largely in the form of excessive purges of eligible voters from the voter rolls and slow processing of voter registration forms,” Rivers said. “Long waits to vote were also a problem in 2018, particularly in Black neighborhoods.”

Rivers said it would be important for the young Black generations to see an activist like Abrams win the Nobel Peace Prize.

“I think it’s a very inspiring development, and I’m hoping that it will remind today’s younger Black voters of the power of grassroots persistence and commitment,” she said.

The Black Lives Matter movement was created by Patrisse Cullors, Opal Tometi and Alicia Garza in 2013. The movement is a both a political and social movement to protest against police brutality and all racially motivated violence against Black people.

“Our democracy starts at the grassroots level,” said Cory Barnes, DePaul’s Black Cultural Center Coordinator. “I think it is important to recognize activists’ movements like Black Lives Matter because they are doing the work on the ground level—illuminating issues around social justice that are impacting the Black community.”

The murder of George Floyd in May 2020 ignited the public to confront the reality of police brutality in the U.S. and how it disproportionately affects Black people. Floyd’s death highlighted the long pattern of police attacking and killing unarmed Black people.

“It’s gotten people to ask a lot more, ‘Why? Why is this happening? Why is it this way?’ and getting people to ask why it’s been a huge step towards, you know, equal treatment for Black civil rights,” College of Lake County sophomore Max Meredith said.

During the summer of 2020, different news outlets portrayed the Black Lives Matter movement as participating in either peaceful protests or violent riots.

“People thought it was a hoax,” Meredith said. “People were like, ‘Yeah, right. You just want attention.’ We just got their eyes rolled.”

In the last four years, prominent politicians have denied that systemic racism exists at all. Barnes said that this rhetoric harms movements like Black Lives Matter.

“It is my opinion that when prominent politicians deny that systemic racism and racism in general exists, that it hurts the cause that activist movements like BLM are fighting for,” Barnes said. “It also creates division and dissension when one group is decrying racism—its permanence and pervasiveness and striving to eradicate it through liberation, and the other is decrying that racism even exists.”

However, by being nominated for a Nobel Peace Prize, Meredith said he believes that it might change how people view the Black Lives Matter movement.

“I think having it nominated for a Nobel Peace Prize will help people who realize that this movement doesn’t want to become violent,” he said. “The riots, [Black Lives Matter] didn’t want that. That was never an intention. They wanted to approach it with civil disobedience.”

If Black Lives Matter were to win the Nobel Peace Prize, Barnes said that it would inspire the younger Black generation to have their voices heard.

“Being nominated for the Nobel Peace Prize is the recognition that BLM deserves; systemic change is possible, and Black Lives Matter is an example of how to go about seeking change and using your voice,” he said.