DePaul pulls away from Seton Hall for 82-76 win 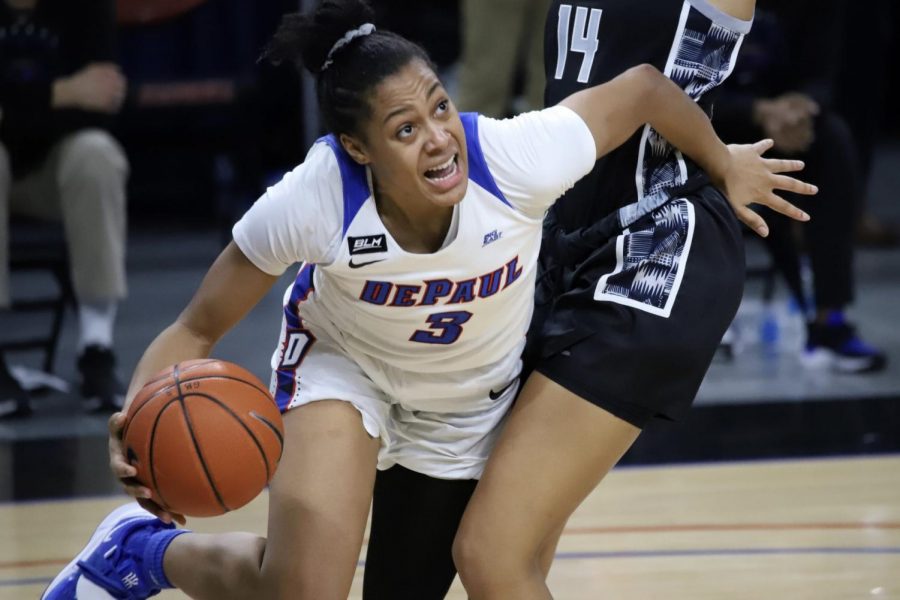 Coming off of two consecutive road wins, DePaul returned to Wintrust Arena on Monday to take on an underrated Seton Hall team. The Pirates caused the Blue Demons some trouble in the first half, but DePaul was eventually able to pull away for a 82-76 win.

After getting swept by UConn in the season series on Jan. 31, DePaul’s next mission was to solidify its place in second in the Big East this season. And they have done just that with wins coming over Marquette, St. John’s and Seton Hall in the span of eight days.

“Watching my players do every single day come to practice with great energy, great attitudes, I just can’t say enough about our players,” DePaul women’s basketball coach Doug Bruno said. “We are not yet perfect. We have a lot of work to do, clean out a lot of controllable factors in the game.”

DePaul held an 11-6 lead after five minutes of action, but that’s when the things started to turn towards Seton Hall’s way. The Pirates closed out the first quarter going on a 11-2 run to take a 17-13 lead.

Seton Hall was able to increase its lead to six, 21-15, before senior forward Dee Bekelja scored six consecutive points to tie the game.

Both teams really struggled to shoot from the field in the first half, but particularly from the 3-point line. The Pirates had a handful of open looks from behind the arc and only could knock down one out of 12 attempts. DePaul, on the other hand, forced multiple tough shots from the 3-point line, resulting in only two makes from 13 attempts.

The shooting did pick up for the Blue Demons towards the end of the first half, making their last three shots, but the Pirates made a last-second 3-pointer to tie the game at 31-31.

It wasn’t exactly a vintage first half from DePaul in terms of its offensive production, going 13-of-36 from the field and only getting to the free-throw line four times. But whatever Bruno said at halftime worked in the third quarter.

“Coming out of halftime, we went to Jorie Allen inside,” Bruno said. “Jorie Allen is a strong, inside player, and we knew we had an advantage inside with Jorie. She got into foul trouble in the first half, we were never able to exploit it. Dee [Bekelja] stepped up big and helped us in the first half with Jorie in foul trouble. And then start the third quarter, we went right at them down low.”

DePaul began the second half going on a 14-3 lead to take a 45-34 lead. Sophomore forward Jorie Allen played a huge role in the Blue Demons’ offensive surge, scoring six points during the run and being an anchor on the defensive end.

Bekelja also added six points in that span and created other shots for her teammates due to her interior presence. She finished the game with 22 points and 10 rebounds.

“I’m just proud of our team that we could finish this game, and just have the smarts and ability to close out the game when it gets close is impressive to me,” Bekelja said.

Another 7-0 run towards the end of the third quarter gave the Blue Demons their biggest lead of the game, 59-44, before Seton Hall made it a 10-point game heading into the fourth quarter.

DePaul’s shooting dropped slightly in the fourth quarter compared to the third, only 35.3 percent from the field, but that didn’t impact the final result. Junior guard Lexi Held, who scored her 1,000th-point earlier in the game, led the team with eight points in the quarter.

Seton Hall went on a 6-0 run late in the game to cut DePaul’s lead to four, 78-74, with about a minute left in the game. But Held and junior guard Sonya Morris iced the game with four free throws.

DePaul is going to continue its four-game homestand on Wednesday when Xavier visits Wintrust Arena. The Blue Demons are now 12-4 overall and 9-4 in the Big East.