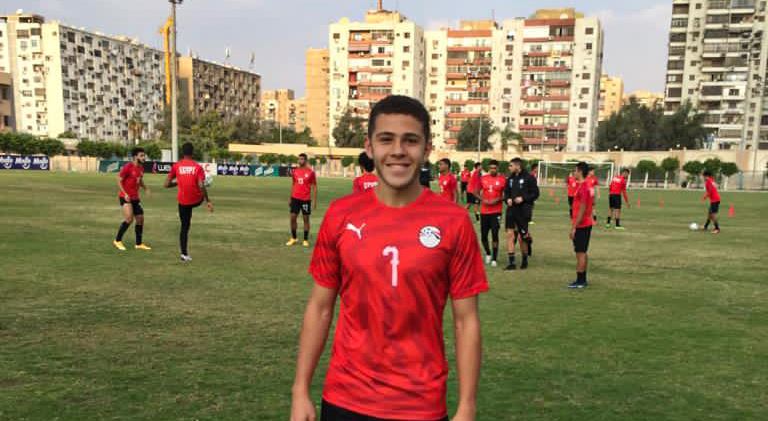 After chasing a soccer ball at three years old to passing the ball around with Egypt’s national team, DePaul’s men’s soccer midfielder Omar Ramadan is preparing for his first collegiate season.

Men’s soccer season normally starts in the fall, but was canceled due to Covid-19 complications. Since the season has been pushed back, an emphasis on training and getting to know each other was essential to gaining a sense of normalcy and unity for the team. Ramadan is just one of 10 new freshmen who have been getting used to the coaching staff and team dynamic.

“We have such a great group of older guys that have really just brought them in, and it seems like these guys have been together forever already,” said DePaul soccer head coach Mark Plotkin.

Easing into the season was crucial for Ramadan and the rest of the team since months had passed without regular training due to facilities being shut down. Ramadan focused on training by himself and alongside his siblings who also share a love for soccer, but knew that he needed to prepare more in order to practice at a national level. At the end of this past summer, Ramadan was granted the opportunity to go to Egypt to compete against the best at their national soccer camp.

Ramadan and his family have their roots in Egypt. His father had also played professionally in Egypt, so this opportunity was a full-circle moment for Ramadan, who had been preparing with his brother for months prior. Playing alongside some of the best players in that country brought out a competitive edge in him.

“When I was playing in my club team, it wasn’t as fast in speed of play, and the players weren’t as competitive, that’s kind of normal because you go from a club level, to national team level, and then college level,” Ramadan said.

Ramping up the intensity was a good intro into what collegiate soccer would look and feel like.

Now that the DePaul season has officially started, keeping the team dynamic light and focused is crucial for players in order to help manage stress and exhaustion.

“We’ve been trying to have as much fun in practice as we can and trying not to do too many Zooms with the guys because we know the Zoom fatigue is real,” Plotkin said.

One thing in particular that helped Ramadan with the ups and downs of the pandemic was being around extended family. Not only was Ramadan playing alongside his older brother, Youseff, who is also a DePaul men’s soccer midfielder, but he was supported by those whom he doesn’t normally get to see.

“It wasn’t just soccer, it was a lot of spending time with family, getting to see people that I didn’t get to see too often,” Ramadan said. Adjusting to the language was one of the challenges that Ramadan faced, but became easier during the months that him and his family were there.

This year, men’s soccer will compete in eight Big East games as well as some non-conference contests. Despite the many of the changes that they’ve had to adjust to Plotkin remains hopeful that they will be successful in the conference.

“[Our] ultimate goal will be to finish in the top two, so if we make the Big East tournament, the top two from our side, and the top two of the East [division] will mean the semifinals, and I fully feel that is something that we can do and will do,” he said.

Last year, DePaul finished 1-5-3 in the Big East and 5-9-3 overall. Men’s soccer is scheduled to play three games for the rest of February, and plans to play until mid-April. Ramadan is also confident in his team’s potential this season.