Republicans search for party identity in wake of Trump presidency 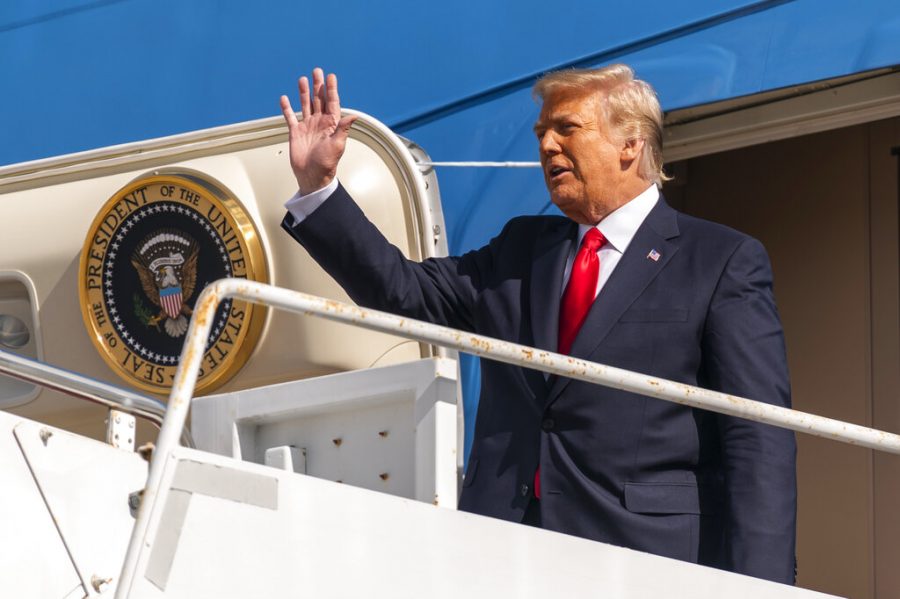 Donald Trump’s departure from office might have momentarily signified a relief from his influence on the political landscape, but support for the former president has gone back up in recent weeks among the Republican Party and, in particular, his supporters.

Wayne Steger, a professor of political science at DePaul University, said that a struggle for identity within a party is always present, but support for Trump still remains strong.

“There is always a struggle within the party over the identity and policy agenda of the party,” Steger said. “That struggle becomes more intense for the out-party. But, Trump remains popular with Republicans, so there is not much expectation of change at this time.”

According to data from USA Today, 80 percent of Trump voters said they would be less likely to support a Republican candidate who voted for Trump’s impeachment. The same amount, 80 percent, said that the seven Republican senators who voted to convict Trump were operating under political calculations.

Following the events of the Jan. 6 insurrection, President Joe Biden’s inauguration and the second round of the impeachment process, a small number of Republican officials openly spoke about a need for the party to shift away from Trumpism.

Maryland Gov. Larry Hogan, one of the few elected Republican officials who has spoken openly against Trump, said in an interview with the Associated Press that Republicans must choose which path to take the party in. Hogan said that Republicans can either choose to proceed under Trumpism or “return to [their] roots.”

“The party would be much better off if they were to purge themselves of Donald Trump,” Hogan said in the interview. “But I don’t think there’s any hope of him completely going away.”

David Canon, a professor of political science at the University of Wisconsin-Madison, said that this has led to a  battle in the Republican Party over Trump.

“And so you see the kind of old guard of the Republican Party that is trying to reclaim the party now,” Canon said.

Despite the small degree of Republican officials who have openly expressed their grievances against the former president, others are confident that Trump will run for office again and receive the Republican presidential nomination in 2024.

A Politico-Morning Consult poll shows that if the Republican primary were held today, 54 percent of Republican voters would back Trump. This percentage is back up from 42 percent following the Jan. 6 insurrection.

Earlier this week at the New York Times-DC DealBook Policy Project, Sen. Mitt Romney, one of the most well-known Republicans in the country, acknowledged that Trump is likely here to stay.

When asked if he would campaign against him, Romney added that he would not vote for Trump.

“I would not be voting for President Trump again. I haven’t voted for him in the past and I would be getting behind somebody who I thought more represented the tiny wing of the Republican Party that I represent.”

Jeff Fiedler, communications director for the Chicago Republican Party, said that he believes Trump will continue to be a strong presence for the party.

Fiedler said that Trump signifies a belief in fairness for the Republican Party, specifically referencing the president’s handling of immigration.

“I think Americans believe that there should be a line and people should stand in that line,” Fiedler said.

Projections predict that Republicans will take the House in 2022, according to a FiveThirtyEight analysis. Republicans may also benefit greatly from redistricting lines that will be drawn ahead of next year’s midterm elections. The GOP is set to control redistricting for two-fifths of House seats while Democrats will only control one-tenth of them. This advantage, according to FiveThirtyEight, may give Republicans an unforeseeable advantage in winning more seats in the House.

Historically, the president’s party tends to perform poorly in the midterm elections. In the 2018 midterms elections, there was a sweeping Democratic wave in which nearly 40 seats were flipped and Democrats took control of the House. Due to historical trends and the factors in effect that will impact next year’s midterms, it is very likely that Republicans will see major gains in 2022.