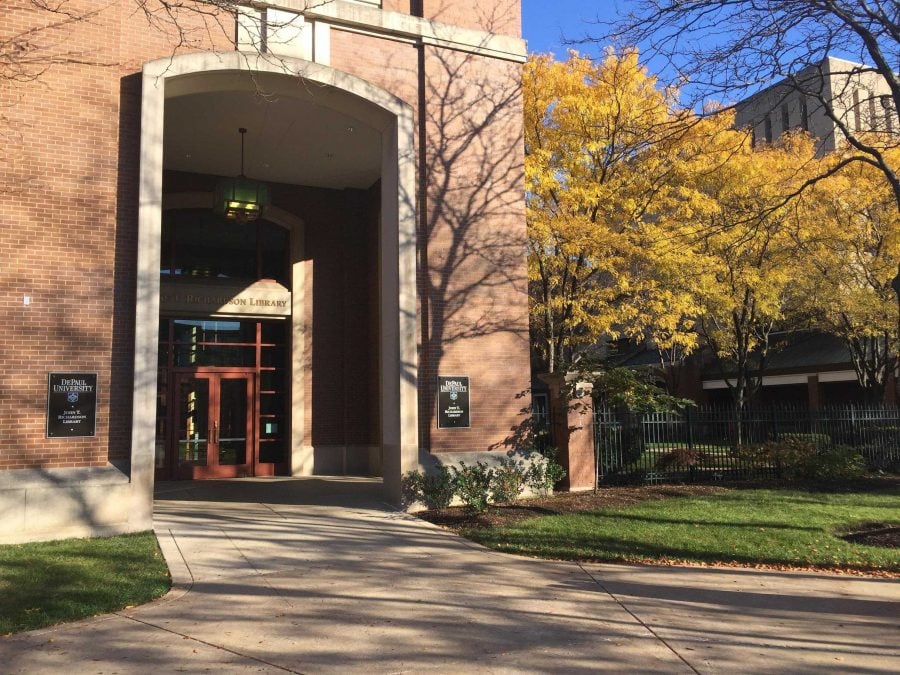 Mireille Kotoklo’s search to hire a new employee within her department at DePaul’s John Richardson Library ultimately led to the termination of her own employment, a lawsuit filed against the university claims.

When Kotoklo, who is Black, recommended a former DePaul employee from Ethiopia for the job she set forth to fill, the university fired her, citing her alleged failure to disclose that the employee she recommended had once been flagged for poor performance under her direction and that he listed her as a reference; she had “lost the trust” of the staff she supervised, her supervisor, Robert Karpinski, alleged.

Karpinski did not initiate a performance improvement prior to firing Kotoklo, per the university’s progressive discipline policy, and her white colleague, who was also listed as a reference for the recommended candidate, was not fired alongside her.

In turn, Kotoklo filed a lawsuit against Karpinski and the university for wrongful termination due to race-based discrimination.

“It’s my reputation,” Kotoklo said at her deposition, according to legal documents obtained by The DePaulia. “19 years — 18 years — I spent at DePaul. And I was treated like an unclean person. Out of nowhere, no progressive discipline at all. At all.”

Kotoklo was appointed the head of the search committee geared towards fulfilling two positions within the library. Two other library faculty chaired the committees alongside Kotoklo: Travis Eastham and Firouzeh Rismiller, both of whom are white.

While the process for filling one position proceeded as normal, filling the second position involved significant administrative interference.

The committee quickly agreed on a preferred candidate for the second position: Dilnesa Eshete, a Black man who had worked at DePaul’s library from 2010 to 2018 and was let go due to budget cuts.

Kotoklo Complaint by DePaulia on Scribd

After learning that Eshete had listed both herself and Eastham as references, Kotoklo asked DePaul’s human resources whether she should recuse herself from the committee. HR told her she did not need to recuse herself, and the committee proceeded to recommend Eshete.

Kotoklo, Eastham and Rismiller collectively recommended Eshete as their respective first choice. Despite HR’s permission, Karpinski rejected the search committee’s selection after learning Kotoklo and Eastham were listed as references, according to the complaint.

According to legal documents, several staff met with Karpinski and Ashley McMullin, Kotoklo’s direct supervisor, prior to that decision, where the staff raised concerns about Eshete’s performance while previously employed by the university.

During a performance review on Oct. 3, 2019, about a week after reinstating the search committee, Karpinski terminated Kotoklo’s employment, citing numerous reasons for firing Kotoklo.

Karpinski’s termination letter to Kotoklo alleges dishonesty, preferential treatment and a lack of contribution to name a few.

“The decision to terminate your employment is based on management’s lack of confidence in your ability to perform your job responsibilities to an acceptable level….The erosion of trust and confidence emanates from your inability to collaborate with other departments in the library as well as from your dishonesty as a coordinator,” the letter read.

“[The staff] called them Dil days, which was really surprising to me,” McMullin said, referring to a nickname by which Eshete was often called.

During Eshete’s time of employment at DePaul, he was receiving treatment for brain cancer, requiring him to commute to Detroit for treatment, he said at his deposition, according to legal documents. He recounted that his medical needs contributed to some of his attendance issues. Despite dealing with health issues, Eshete said that he communicated his absences with Kotoklo. McMullin said at her deposition that she was not aware that Eshete was undergoing treatment for cancer.

In a meeting with Kotoklo on March 21, 2019, where Karpinski said he relayed the staff’s concerns, he also alleged that Kotoklo did not accept his criticism.

That same day, Kotoklo emailed Karpinski requesting specific examples about his critiques for her review. After following up with Karpinski weeks after the initial request, he emailed her back 40 days after their meeting.

Kotoklo responded via email, stating, “From what you shared, I feel that there is a deliberate intention to discredit me and blame me for the low morale in the library…It seemed as if you are trying to build a case on me. I felt unjustly criticized in an attempt to create a paper trail.”

After all this, Karpinski wrote on Kotoklo’s Sept. 27 annual performance review — which she says she never received — that Kotoklo herself is to blame for any exclusion she felt.

“If Mireille believes there is a lack of inclusiveness it is because she places herself outside the conversation,” Karpinski wrote. “She marginalizes herself by not participating in management team conversations.”

Russell Dorn, a spokesperson for the university, told The DePaulia in an email that the university’s stance can be found in the pleadings filed in court, but emphasized the university’s “long-standing commitment to the diversity of its faculty, staff and student body.”

“It is the policy of DePaul University that no person shall be the object of discrimination or harassment on the basis of race, color, ethnicity, religion, sex, gender, gender identity, sexual orientation, national origin, age, marital status, pregnancy, parental status, family relationship status, physical or mental disability, military status, genetic information or other status protected by local, state, or federal law in its employment or its educational settings,” Dorn said.

The university declined to comment on why it chose not to respond to Kotoklo’s settlement demand, which would have preempted a trial.

“We’re very disappointed that DePaul never responded to our pre-suit settlement demand, and that it forced us into a litigation posture,” said Jerry Bramwell, Kotoklo’s lawyer. “But some of the evidence of discrimination and retaliation is attached to our motion for summary judgment, and the courts are traditionally the forum for resolving disputes such as this one.”

As of publication time, neither Karpinski, Eastham nor Rismiller had responded to requests from the DePaulia for comment.

Karpinski and DePaul largely denied the charges, aside from basic information about the people involved. But they also denied knowing Kotoklo is a naturalized citizen from Côte d’Ivoire, despite her lengthy tenure at the university’s library.

DePaul and Karpinski also said they were unaware of Eshete’s origins or citizenship, despite a Sept. 19 email from Kotoklo to Karpinski, in which she mentions that he’s from Africa.

However, Karpinski did later acknowledge knowing Eshete was Ethiopian, but only since Kotoklo’s Sept. 19 email.

All three of the individuals on the search committee — Eastham, Rismiller and Kotoklo — said in their depositions that they each agreed to recommend Eshete unanimously. Eshete was not Rismiller’s first choice, she said, but she did not object to his hire.

“I wasn’t under pressure,” Rismiller said at her deposition. “It’s kind of an understanding that [Kotoklo] was the hiring manager and she is the head of that department.”

It was unusual for the recommendation of a search committee to be denied, most of the involved parties agreed, according to legal documents.

McMullin, Kotoklo’s supervisor, said she had never heard of a unanimous search committee recommendation being rejected when asked by Kotoklo’s lawyer; Eastham made similar comments. McMullin also confirmed that, to her knowledge, Kotoklo had not been placed on progressive discipline, which contradicts the university’s position.

While Kotoklo’s lawsuit was filed in January 2020, several others of similar kinds have been filed since. In June 2020, former DePaul communication professor Lisa Calvente sued the university for racial discrimination and retaliation, citing her denial of tenure as evidence. Six months later, in January, Sydney Dillard, another professor in the College of Communication, sued the university for racial and disability discrimination.

Before that, law professors Terry Smith and Sumi Cho sued the university for racial discrimination in 2018 and 2019, respectively, as well.

Shortly after Kotoklo’s termination, Karpinski signed a statement of solidarity and support for Black students, faculty and staff in the wake of George Floyd’s murder, which may contradict his actions.

“Together, as the DePaul University Library, we stand arm in arm to begin walking the path to achieving a common goal,” the statement read. “For those of us who are white, it means acknowledging and recognizing our own privilege and how it pushed to the sidelines our sisters and brothers who lack it. Collectively, we are called to help everyone grow, thrive, succeed and triumph.”

But that chain of arms doesn’t include Kotoklo, who claims her firing directly contradicts those promises of inclusion made in Karpinski’s statement.

“I don’t know anybody who was terminated without progressive discipline,” Kotoklo said at her deposition. “And I think that’s the only reason — it was because I refused to remove a Black immigrant just like myself out of consideration for hiring.”