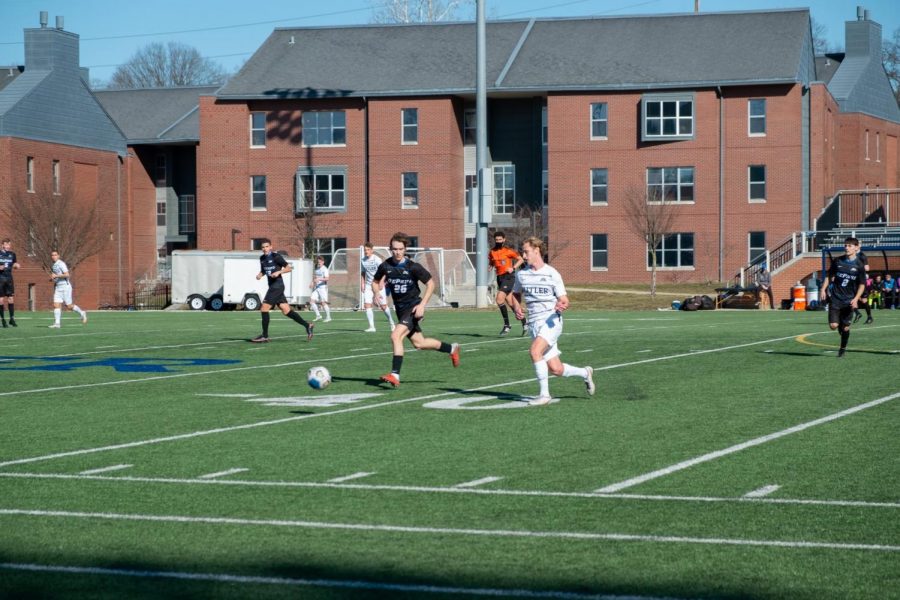 DePaul kicked off Big East play in a rather dubious fashion as they fell 5-0 to Butler in Indianapolis.

The Blue Demons were looking for their first win of the season after coming off back-to-back draws against Northern Illinois and Loyola. But the Bulldogs made good use of their home field advantage.

Butler got on the board in the 13th minute of the first half thanks to Wilmer Cabrera Jr. Hemi Nasser with the assists to find Cabrera through the middle, just outside the DePaul box. His shot glanced off the post and took a fortunate bounce past DePaul goalkeeper Drew Nuelle.

Despite the early goal, the Blue Demons stuck to their plan, looking for an equalizer.

Butler went into halftime still up 1-0. The Bulldogs blew things wide open in the second.

The floodgates opened just three minutes into the second half as Cabrera Jr. netted the second of his three goals. This time the assist went to Tommy Visser, though his cross took a fortunate deflection off a DePaul defender.

Cabrera Jr. would net his third goal of the game in the 76th minute to put Butler up 4-0. The fifth and final goal came in the 86th minute.

DePaul had 10 shots in the game but only two on target. However, eight of those shots came in the second half. Jake Fuderer and Marek Gonda led the Blue Demons with three shots a piece. Despite Butler scoring five, Nuelle still had four saves in the match.

It’s still early in the season but DePaul only has two goals in three games and both of those goals came against Northern Illinois. Scoring more was one of the things DePaul was looking to improve on from last season.

This is the Blue Demons’ first loss of the season which brings their record to 0-1-2.

DePaul’s next game is their home opener on March 6 when they take on the Marquette Golden Eagles at Wish Field.