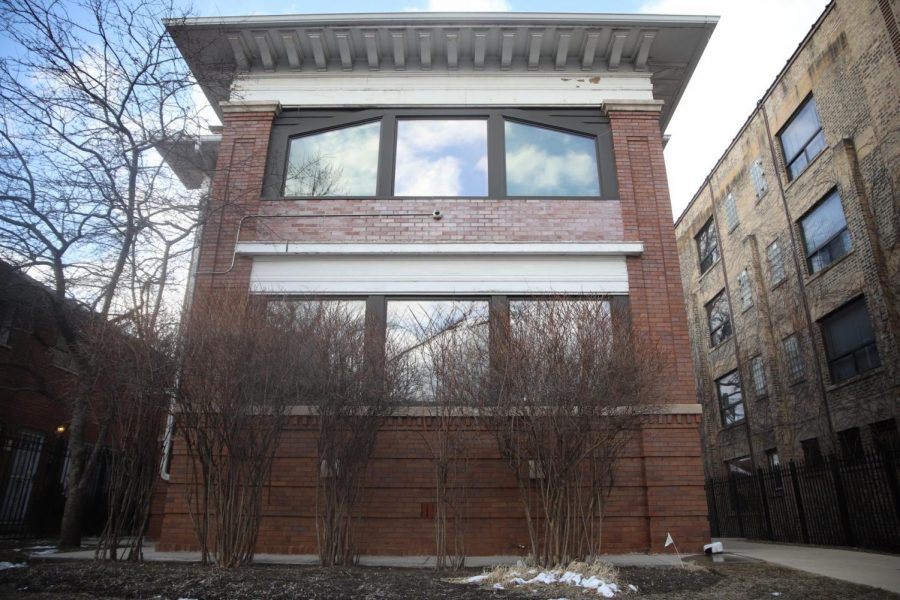 A child detention center located in Rogers Park on the city’s Far North Side, one of five such properties managed by Heartland Alliance.

Activists are demanding answers surrounding Heartland Alliance’s Covid-19 protocols after an outbreak infected 42 people last April – reportedly the largest outbreak of the virus at any shelter for immigrant youth in the country.

A year later plans for vaccinations – as well as the number of children in each facility –  remain unclear.

Heartland Alliance is a non-profit, anti-poverty organization that has been in operation in Chicago since 1995. In recent years – after a series of “troubling” incidents – the organization has come under fire for housing immigrant children without their parents

Two of Heartland’s five facilities are in the Rogers Park neighborhood; the others in Beverly, Bronzeville and Englewood.

Jon Cipriani is a member of the interim steering committee Free Heartland Kids (FHK) – a campaign of the Chicago Democratic Socialists of America.

“Information about Heartland’s internal practices is opaque,” he said. “The self-serving statements that they put out are often difficult to verify independently.”

According to a March 31, 2020 press release, the organization established a Covid-19 Crisis Management Team that “meets daily.”

“We are adhering to CDC protocols regarding social distancing and emphasizing the importance of healthy hygiene; isolating participants who are displaying symptoms of the virus; quarantining participants who may have been exposed to the virus; and increasing the frequency and extent of facility cleaning practices,” the statement read.

The statement went on to say face-to-face interactions with “participants, partners, vendors and colleagues” were to be limited through working remotely when possible and “conducting meetings via telephone, Skype, or conference calls.”

The last update about the facilities’ response to Covid – following the outbreak – was posted on April 16, 2020.

“We want you to know that all of the children in our care are doing well,” the statement read.

After eight attempts and a separate media request from Rogers Park Ald. Maria Hadden’s office, Heartland’s Chief of Communications and Marketing Mailee Garcia told The DePaulia how the facilities have navigated the pandemic since.

“In addition to frequent hand-washing, social distancing and wearing masks and other applicable personal protective equipment, we follow the CDC guidelines around cleaning and disinfecting procedures, and ventilation recommendations,” Garcia said. “We also have created a checklist for our staff to follow to ensure we meet the recommended protocols.”

Garcia did not, however, comment on how many cases – if any – there have been since the initial outbreak.

“If a participant tests positive for Covid-19, we immediately follow our quarantine procedures to mitigate further spread of the virus,” she said.

While Covid – and other organizing efforts – has led to a hiatus in the FHK campaign, Cipriani said they held an in-person event last year following the outbreak.

“Last April, we held One Action, a car caravan outside of Heartland’s Bronzeville detention center, to show support for the children detained there and to demand their release,” he said.We are now in the process of restarting the FHK campaign.”

The FHK campaign began in 2019, a time when there were over 350 children in Heartland facilities at any given time, according to Cipriani.

An investigation by The DePaulia last March uncovered that despite having capacity for nearly 381 children, the five facilities around the city only cared for 92 at the time.

DePaul University political science professor Kathleen Arnold specializes in immigration policy and experiences. She said Heartland is allowed to operate in a sanctuary city like Chicago because it is a non-profit organization not affiliated with the government.

“Heartland is an NGO that tries to make migrants and refugees in detention feel like they’re not in a prison-like environment,” Arnold said. “Heartland fills in the gaps that the government does not and humanizes what is otherwise a horrible experience.”

Tabitha Smith, an organizer with the Rogers Park Solidarity Network, said said the “main difference” between Heartland and other detention centers is their image “which they have carefully crafted from propaganda that portrays their facilities as ‘shelters.’”

“While conditions are in many cases [are] better there than at the literal metal cages along the border, that is an extremely low bar and a jail with classrooms is still a jail,” she said. “In addition, this puts a positive spin and softer image on border enforcement. Liberals who oppose the more blatant examples of detention will – and do –  gladly support it when it is rebranded as a ‘shelter’ operated by a well-intentioned nonprofit ‘protecting’ kids from traffickers.”

While Heartland is  open about their relationship with the Office of Refugee Resettlement (ORR) – the federal entity in which the group has a contract with – Heartland claims to have no affiliation to ICE, calling their policies “deplorable.” However, that’s seemingly not the case.

Cipriani said the group collaborates with ICE “on a regular basis” by collecting and sharing “children’s sponsors’ information, including fingerprints and immigration status” with the agency. Smith added “whistleblowers” have confirmed the organization’s collaboration with ICE.

“Heartland’s public job postings for mental health practitioners have explicitly advertised collaboration with ICE as an essential duty,” he added.

A 2018 report from ProPublica also revealed officials take detainees into custody on their 18th birthdays “almost without fail,” according to internal documents.

Heartland has also been the subject of several “supervision citations” from the Illinois Department of Children and Family Services — including at least one allegation of battery — according to another ProPublica report.

Statement on Migrant Children in Heartland Human Services Facilities During COVID-19 from Ald. Hadden and Kelly…

Leslie Perkins, the chief of staff for Ald. Hadden said they were able to connect with Heartland following the outbreak.

“They informed us that one of their buildings in the 49th Ward remained empty, with no intention of filling it during Covid,” Perkins said. “Their other location in the ward was well under capacity, with only 11 percent of the beds available occupied.”

Smith said community organizations were not made aware of residency status of the majority of the facilities.

“We haven’t seen anyone going in or out [of the Rogers Park facility] in a while, but we haven’t been able to find out where they went,” Ryann said. “We recently collected Valentines for the detainees and were told that there are currently no young people at the centers on Morse or Chase at all, but there are still some in other neighborhoods. So whether the kids [in Rogers Park] were transferred to the other facilities, deported, or what, we don’t know.”

Cipriani said plans for vaccination at the facilities remain unclear as well.

“We would love to know what Heartland is doing to ensure that its staff and eligible child detainees receive the vaccine,” he said. “But again, unfortunately, as with so much surrounding Heartland, their internal plans and procedures on this point are opaque.”

Garcia did not provide information into the vaccination process for the youth but said staff members will be encouraged to “get vaccinated as eligible.”

Perkins said Ald. Hadden plans to be in touch with Heartland as vaccines roll out.

“We will make sure that we stay in close communication with them as the rollout of the vaccine becomes available for those under 16 years old to ensure that they receive theirs,” Perkins said.