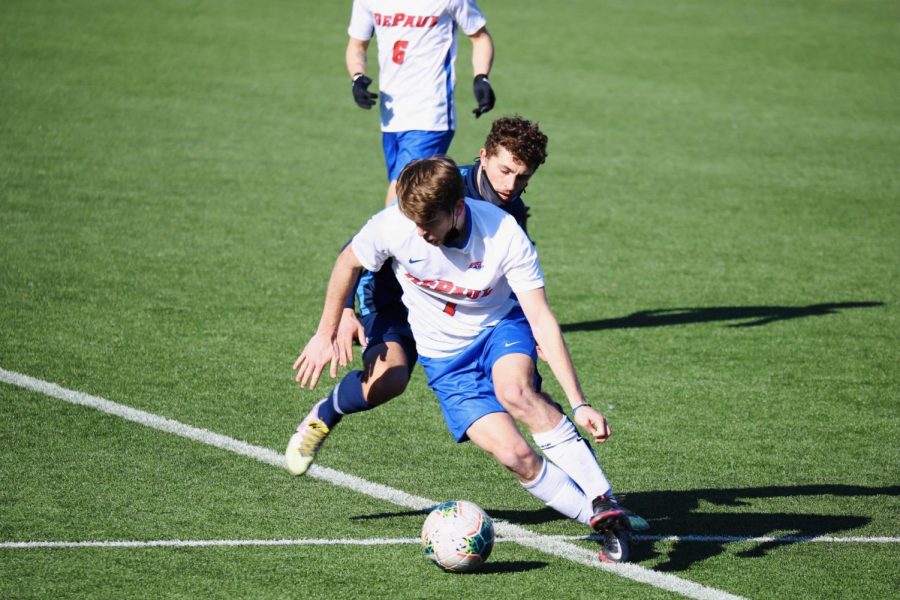 Coming off a 3-1 loss in their home opener against Marquette, DePaul were seeking their first win of the season against Xavier.

Xavier held a 15-2 record against DePaul heading into the game. The last time DePaul beat the Musketeers was a 1-0 win back in 2018.

The wait is over as DePaul battled from behind to earn a 3-2 win in overtime.

An upset seemed to be in the cards midway through the first half as freshman forward Marek Gonda scored his first goal of the season, putting DePaul on top in the 33rd minute.

Less than a minute passed, however, before sophomore forward Felix Boe-Tangen tied the game with his third goal of the season. Xavier took the lead right before halftime thanks to a goal by senior midfielder Bryce Curran.

DePaul’s short-lived lead was a bit against the run of play. Prior to the goal, the Blue Demons had only mustered two shots, neither on goal. Xavier, on the other hand, had six shots with four of them on goal.

Coming out of halftime, DePaul managed to even things up and in the 62nd minute, when freshman midfielder Omar Ramadan scored his first goal of the season, tying the game off a free-kick.

The second half was a bit more physical with a series of fouls disrupting the game on a number of occasions. Neither team did any more damage in the last 28 minutes, so it went into overtime.

It was in overtime where the Blue Demons would get their winning goal courtesy of freshman midfielder Jacob Huth in the 107th minute. It was the first goal of his collegiate career.

Redshirt senior Drew Nuelle finished the game with five saves. The DePaul defense held firm limiting Xavier to only four shots in the second half and only two in both overtime periods.

The Blue Demons were efficient with their chances as they only had four shots on goal and converted on three of them. Gonda and senior midfielder Tim Iscra led the team with two shots a piece.

The win moves DePaul to 1-2-2 on the season. The team’s next game will be at Wish Field on March 13 where they will take on Creighton.