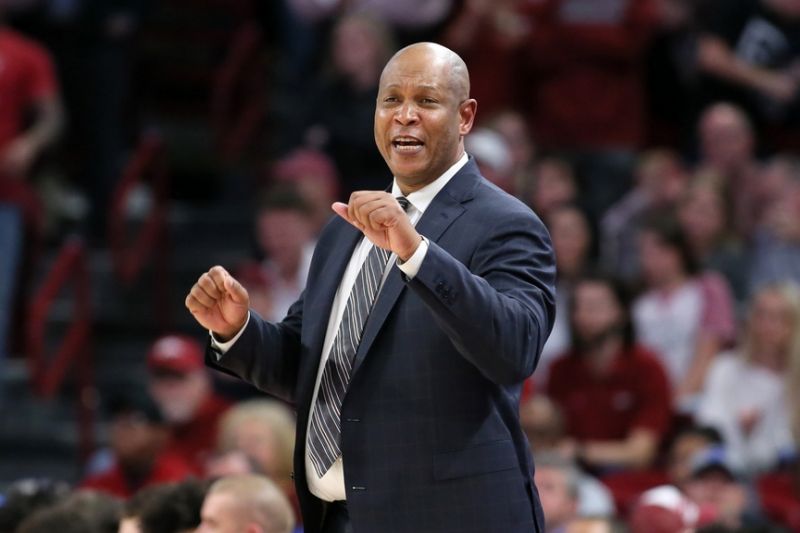 DePaul has potentially identified main target to replace Dave Leitao, who was fired on Monday after six seasons, and it’s a person that athletic director DeWayne Peevy is familiar with: Kenny Payne.

A source told The DePaulia that Payne, who is currently an assistant coach with the New York Knicks, is DePaul’s main target to be the men’s basketball team’s new head coach.

Peevy and Payne spent 10 years together at Kentucky, with Peevy serving as the deputy athletic director and Payne as the assistant and then associate coach with the men’s basketball team.

Payne played an important role in Kentucky’s recruiting over the years. He helped recruit both five-star and four-star players to the Wildcats.

Both Peevy and Payne decided to leave Kentucky in 2020 as new options presented themselves — Peevy taking the athletic director job at DePaul in August after Jean Lenti Ponsetto retired, and Payne accepting an assistant coaching role with the Knicks.

“After evaluating where our men’s basketball program is currently and where we envision it to be moving forward, a decision was made to make a change in the head coaching position,” said Peevy.

“We want to thank Dave for his many contributions to the program, including his mentorship of our student athletes on and off the floor, his commitment to DEI efforts within our athletics department and support of our university-wide Vincentian mission. We will conduct a national search beginning immediately for our next head coach. I’m committed to elevating our program to where we are still competing during this time of year.”

Leitao, 60, spent six seasons with the Blue Demons, after previously coaching the program from 2002-05. But unlike his first stint with the program when he guided DePaul to its last NCAA Tournament appearance in 2004, Leitao didn’t have the same success in the last six years.

He compiled a 69-112 overall record and a 21-84 record in Big East play, which included five straight last-place finishes. This past season, DePaul went 5-14 overall and 2-13 in the Big East. The Blue Demons had three Covid-19 pauses to start the season, forcing them to cancel or postpone their first 10 games.

The Blue Demons never found consistent success in the past six years under Leitao, with the best record coming in the 2018-19 season when DePaul finished 19-17 overall. That was also the same season when DePaul played in the College Basketball Invitational (CBI), going 4-2 and losing to South Florida in the championship series.

Whoever takes over as the new head coach will have a strong recruiting class coming in for 2021 and potential returning players that showed promise under Leitao. Two of the five recruits for 2021, David Jones and Keon Edwards, already joined the team this past season after graduating high school early.

Other potential candidates for the job include Loyola Chicago’s head coach Porter Moser and Cleveland State’s head coach Dennis Gates. Moser has been the Ramblers’ coach since 2011, guiding the program to a Final Four in 2018 and has them back in the NCAA Tournament in 2021.

Gates, on the other hand, became Cleveland State’s coach in 2019 after spending eight years as an assistant with Florida State. In his first season, Gates was named the Horizon League Coach of the Year. Then, in his second season, Gates guided the Vikings to a conference tournament championship, securing the program’s first trip to the NCAA Tournament since 2009.

Peevy is going to hold a press conference on Tuesday to discuss DePaul’s future.