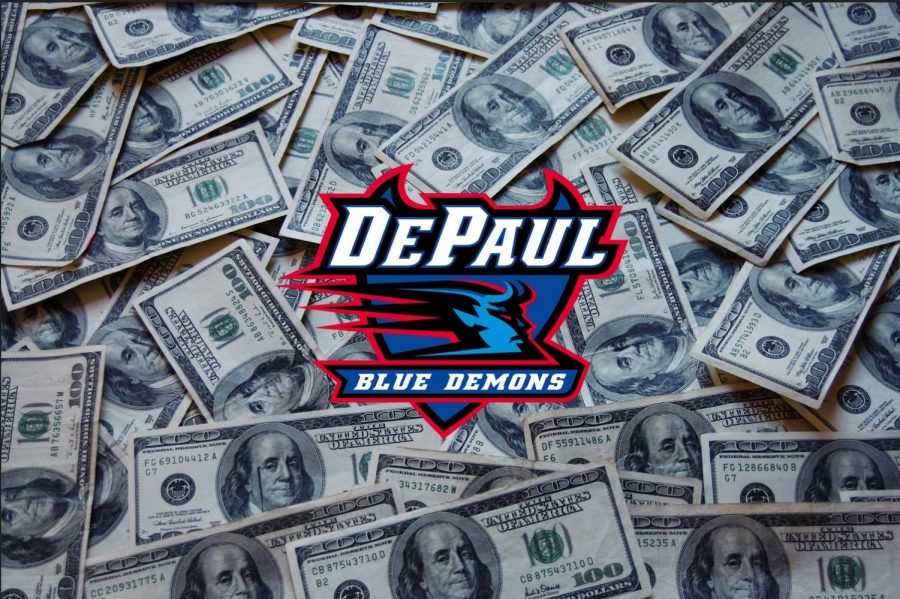 Have you ever wondered how much the university’s president gets paid or where your tuition money actually goes?

The DePaulia did, too. Not much information about DePaul and its administration is publicly available, as the private university is exempt from Freedom of Information Act laws by which most public agencies are required to abide.

But because DePaul is a nonprofit organization — exempt from paying income taxes — it is required to file an annual information return with the Internal Revenue Service called a Form 990 each year. That form, publicly available through the IRS, gives us a tip-of-the-iceberg view of the university’s inner workings. The most recent filing of this form — which covers the fiscal year ending in June 2019 — was made publicly available in January of this year.

The DePaulia analyzed the university’s most recent 80-page Form 990. Here are some key takeaways.

How much money did DePaul’s high-ranking employees earn in the 2018-19 fiscal year?

The short answer: a lot.

The university’s highest-ranking individuals are mostly administrators, deans and basketball coaches. According to the form, individuals who are current and former officers, directors, trustees and key employees were required to be included in the form, in addition to the five highest-compensated employees other than those previously listed.

You can search their names below in The DePaulia’s interactive database to see how much money each individual made. Trustees, who received no compensation for their services, are not included in the database.

The highest-paid individual on the list is now-former men’s basketball coach Dave Leitao, who earned an estimated total of $1,389,015 in the 2018-19 fiscal year. Leitao was recently fired after finishing last in the Big East for five consecutive seasons, The DePaulia reported.

Coming in second is President A. Gabriel Esteban, whose estimated total compensation is $1,094,427. Esteban’s base salary is about $730,000, but he received a bonus of $219,000 in the 2018-19 fiscal year, plus additional pay toward retirement, “nontaxable benefits” and “other reportable compensation,” according to the form.

Esteban’s salary is on the high end of salaries received by similarly employed individuals around the country. An annual survey by the Chronicle of Higher Education found that the average annual compensation of private university presidents — including salary, bonuses, benefits and more — is roughly $608,000.

The third highest-paid individual is Doug Bruno, head coach of DePaul’s women’s basketball team. Bruno rakes in an estimated $568,535 a year — less than half the salary Leitao made as the men’s coach, despite the greater success DePaul’s women’s basketball team has seen compared to the men’s team. Bruno did receive a $55,000 bonus in the 2018-19 fiscal year, whereas Leitao received no bonus at all.

The two outliers on the list are professors Hongjun Yan and James Shilling, neither of whom are high-ranking university employees. Both belong to the university’s Department of Finance within the Driehaus College of Business.

While the Form 990 only names the university’s highest-paid individuals, it also lays out the amount the university spent on all salaries, employee benefits and other compensation — about $343.6 million. According to its website, the university employed 3,491 faculty and staff in the 2018-19 fiscal year.

How much money flowed through DePaul?

In the fiscal year 2018-19, DePaul earned about $827.7 million and spent about $797 million. These interactive charts breakdown where that money came from and where it went.

The university’s endowment — funds used to generate more funds for student scholarships and financial support of the university’s academic programs — has steadily risen over the last four years. It currently stands at about $696.5 million — an increase of just-over $100,000 from the previous year. The year prior saw an increase of roughly the same amount.

All the categories combined left the university with net assets or fund balances of about $1.14 billion, an increase of roughly $46.9 million from the beginning of the year.

Test your knowledge — or take a guess — about DePaul’s finances