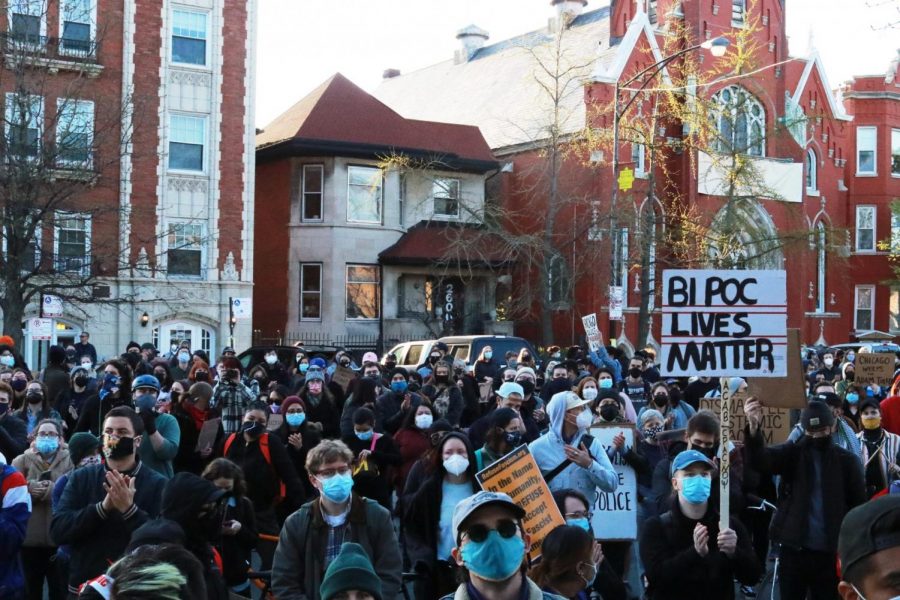 Attendees at the April 16 protest against police violence fill the west side of Logan Square Park and overflow onto Logan Boulevard.

CHICAGO—Crowds gathered in Logan Square Park to protest police violence on April 16, one day after the Civilian Office of Police Accountability (COPA) publicly released the body camera footage of the March 29 police shooting of 13-year-old Adam Toledo in Little Village. The protest began at 5:30 p.m. with a series of speakers at the Illinois Centennial Monument and the crowd began marching toward Mayor Lori Lightfoot’s house at around 7:00 p.m.