OPINION: We shouldn’t rush our progress and ideas of success based on cultural, societal expectations 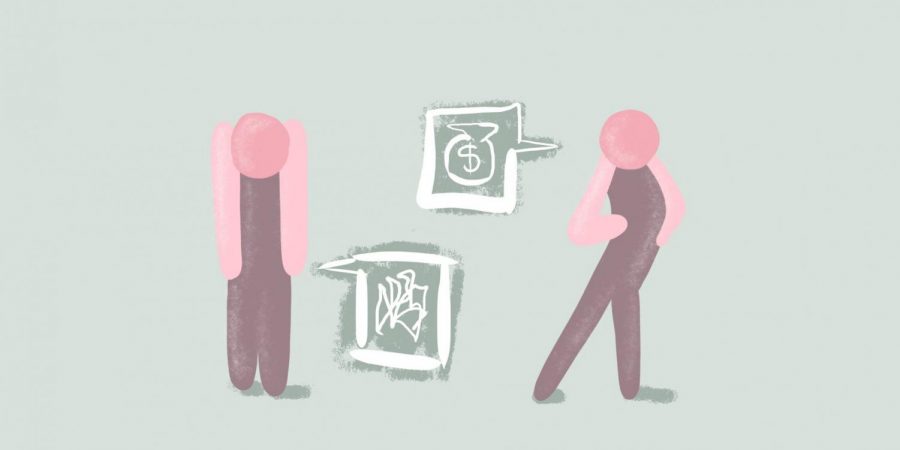 Before the pandemic, the image of success looked different for all of us. For some, it was walking across the stage in a blue graduation gown. For others, it was working tirelessly to land a job right out of high school.

I thought by now I would have met a spouse for myself or published compelling stories in large publications such as The New York Times, but the unexpected strife with my mental health resulted in these milestones simply remaining in my imagination.

“Success” now looks like spending long hours in the night with stressful tears, the overwhelming fear that you’re running out of time to achieve the landmarks you were looking forward to.

Growing up, it was natural for us as young adults to create a brief timeline of when certain milestones in life should be reached. However, with strict limitations from the pandemic and the excessive use of social media apps, a daunting sense of pressure is obscuring the thought process of decisions we have to make.

DePaul sophomore Marie Florov shared her experience of feeling the strain of completing one assignment that she knows will build-up to the success of the chain of events in her lifestyle.

She further explained that upon reflecting on her thought process, she discovered that the influence of people around her and the media is heavy.

Florov is among the thousands of students continuing to feel considerable levels of agony which are exacerbated by the pressures of getting married in the future and having children.

“I think that the general view of success really affects us,” she said. “The typical ‘American Life’ appears linear with how people are expected to go to college, work a 9-to-5, get married, have kids and retire. And it seems like we are all rushing to do that in our professional and personal lives, but who said success and progress have to be linear?”

Verena Graupmann, an associate professor of psychological science in the College of Liberal Arts and Social Sciences at DePaul, said an individual will also feel the need to “fit in” due to the belief that society’s standards are the correct ones.

“I think the same reasoning would apply that if you are in a context where everyone around you achieves things at a certain stage, and especially if that is brought up to you,” Graupman said. “Then that would affect how you think about it for yourself. And actually, that is very adaptive.”

Grapuman further indicates that by pressuring ourselves over the need of “fitting in” the pressure increases to such a degree that it not only fits with where we’re at in life.

“Because there’s a certain need that we have to fit in and that we think we should fit in, but then, on the other hand, it can create pressure and also it can create something that actually might not fit with where you’re at with your personal progress,”  Graupman said.

In the South Asian communities, most individuals believe that happiness can only be ensured once you’re married, continuing your higher education and having a well-paying job — at the same time.

As cultural mindsets continue to influence perspectives in the West, the impacts have become increasingly daunting.

I have found myself constantly putting my happiness aside to ensure that others are happy. I have found myself staying up at night, wondering if what I’m doing is even right for me and my future, and as an adult, I shouldn’t have to second guess the decisions that I make for my welfare.

Geoffrey Durso, an assistant professor of marketing in the College of Business, points out the detriments of self-pressure on an individual — whenever someone sees something “normal” that is being done, they feel as if they need to project that.

“The more you apply this pressure to conform or be consistent with the norms of society, from your friends, your family, whoever then you’re just saying ‘Well anything that’s normal, I’m going to project,’” Durso said.

Durso recommends two pieces of advice that youth can implement when working towards their mental welfare — consider what truly makes you happy and ask older folks about their regrets.

When asking older folks about some of the regrets that they’ve experienced in life, we find that they share relatively the same sentiments as us — feeling rushed.

Two years ago, I experienced such control and conviction in my life to accomplish the goals that I had set for myself but now, the regret is clouding those emotions because I didn’t follow what society wanted me to follow.

This rigid perspective should not be a concept normalized for future generations since no individual’s life was constructed to end in the same way.

Dismissing those who may not graduate, get a job, get married or have children on time does not decrease their opportunities of future accomplishments and furthering their own legacy that they can leave within this world.