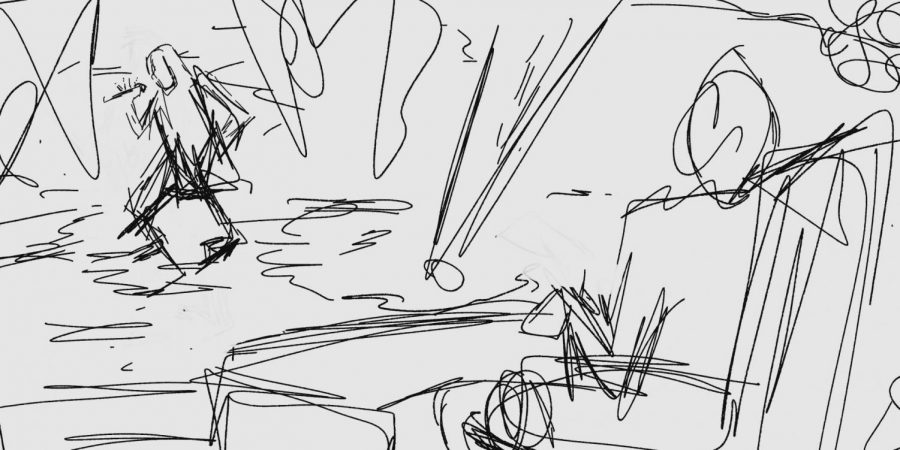 It was June of 2002 when the experiment of televising a singing competition where viewers could determine the results was put to the test. Three months later, that experiment produced a multi-platinum superstar and changed the trajectory of reality television for decades to follow.

The show was “American Idol” on FOX, and that star, who was chosen by America’s vote, was Kelly Clarkson. After Clarkson’s “One Shining Moment,” other hopefuls decided they wanted to dazzle a panel of judges featuring Simon Cowell, Paula Abdul and Randy Jackson and be America’s next idol, too.

In its second season, it was apparent that Americans wanted to know and play a part in deciding who that was. “American Idol” nearly doubled its ratings, according to Hollywood-based entertainment news outlet The Wrap.

Now fast-forward to 2021. Many reality singing competitions have both thrived and fallen off the same model that was forged by FOX’s “American Idol” in 2002. Remarkably, despite the test of time and an ever-changing pop-culture atmosphere, some of these shows are still afloat after an unprecedented 20 seasons on air. The question remains — how have these shows remained relevant for so long and where do they go from here?

Reality singing competitions have had a multitude of audience-grabbing appeals. The drama, celebrity judges, sometimes shocking results and a unique setting that allows contestants a near concert-like performing experience in the live shows, engaged viewers.

Kyle Miller, a 22-year-old, avid music fan and current Chicago resident, still tunes in to “American Idol” to see what America likes and has to offer.

“I like watching singing reality shows because I like to see the singing talent of America,” Miller said. “It’s even funny to see what people think is good singing.”

While voting forward the best singer, which is greatly subjective, is what the show’s purpose would appear to be on the surface level, the journey many viewers go on with a specific contestant they grow attached to, sometimes manifesting into a fandom, oftentimes relies on factors regardless of vocal skill.

Kelly Kessler, a professor of communication and media at DePaul and author of “Destabilizing the Hollywood Musical: Music, Masculinity and Mayhem,” thinks that reality singing competitions took off and lasted long because of viewers’ satisfied cravings of emotional and entertaining factors.

“They provide both hope and schadenfreude,” Kessler said. “They provide hope that even the underdog can rise to the top. That said, these shows, especially the first weeding out weeks of a show like ‘American Idol,’ allow us to feel better than the auditioners who fall on their faces.”

While the factors mentioned by Kessler contribute to why fans have remained attached to these shows over many years, those appeals didn’t always keep all their viewers tuned-in consistently.

After Season 5 of American Idol, which had the highest ratings of any season, FOX’s hit show declined in viewership consistently according to The Wrap. This led to the eventual cancellation of the show on FOX before a reboot on ABC in 2018.

In April 2011, in the middle of this decline in viewership, NBC’s “The Voice” took a shot at the American reality singing competition market in a different way. To distinguish itself from the struggling “American Idol,” “The Voice” reinvented itself as a show that would provide a unique format with a greater emphasis on the superstar judges.

“The Voice” had a new innovative method of selecting talent via blind auditions where coaches could turn their chair if they wanted a contestant on their team. The format matched the brand, being that the actual voice would be prioritized by judges over appearance or other factors.

Judges Blake Shelton, Adam Levine, Christina Aguilera and CeeLo Green, all superstars in a variety of genres, had coined terms such as “Team Xtina” or “Team Blake.”Attracting new and loyal fans of the superstar judges rooting for their team to win, “The Voice” overtook the reeling “American Idol” in 2013 for viewership, according to Talent Recap.

After the routine exchanging of judges on “The Voice” over 20 seasons, even Kelly Clarkson became one of the 14 different superstars to judge on “The Voice,” rather than the show that launched her career.

However, just as “The Voice” overtook “American Idol,” which after its ABC reboot still remains on air but not as popular as in its prime, both shows must navigate the challenges of making a repeated product fresh and avoid the dangers of becoming obsolete in a new age of music and television.

DePaul junior Nathalie Hoste no longer watches televised singing shows, which she attributes to factors of a changing landscape in television.

“I think their time for reigning over TV has ended,” Hoste said. “Now that we have all these streaming services and stuff, nobody really cares about live TV anymore because you can look at them later.”

With TikTok, YouTube, Spotify, SoundCloud and an abundance of other ways to be vocally discovered rising in popularity, people have had more success breaking through the industry in ways other than “The Voice” and “American Idol.”

“You don’t really hear about the people who come out of those shows anymore,” Hoste said. There certainly hasn’t been a superstar on the level of Kelly Clarkson, or Season 5 and 6 “American Idol” winners Carrie Underwood and Jordan Sparks.

It’s not always the victors who achieve the greatest success either. Some notable non-champions include “American Idol” alums Chris Daughtry, Jennifer Hudson and Tori Kelly. Even compelling non-champions on today’s shows have struggled to reach commercial superstardom in the current music industry.

With more competition in the music industry and a bit of a dry spell in star creation, reality singing producers still must make the product profitable in the television industry.

“Like all reality television, they mold the reality to make a sellable story,” Kessler said. “I don’t think it always works out the way they think it will, but season after season we see the producers and the editing grasp on to a good story.,”

Trying to juggle promoting compelling stories and acquiring industry-worthy talent is an increasingly difficult task for producers and has turned some people away from reality singing competitions.

“Those shows are so overdone now,” Hoste said.

One example bothering some viewers is a recent trend and producer gimmick of the current “American Idol” judging panel faking out contestants by making them believe they are being sent home only to move them forward in the competition.

In spite of all the potential setbacks that could have permanently derailed both shows, other than American Idol’s two-year hiatus, both shows have managed to maintain a consistency in viewership that can survive big network brands with NBC and ABC.

The desire to promote these shows furthermore has not diminished either. Ariana Grande announced that she will be replacing Nick Jonas as a judge on Season 21 of “The Voice” and her stardom could certainly bring in a younger demographic.

While “The Voice” and “American Idol” may not last forever, their ability to remain on air in an era of innovative streaming is an accomplishment that few shows have been able to successfully achieve.