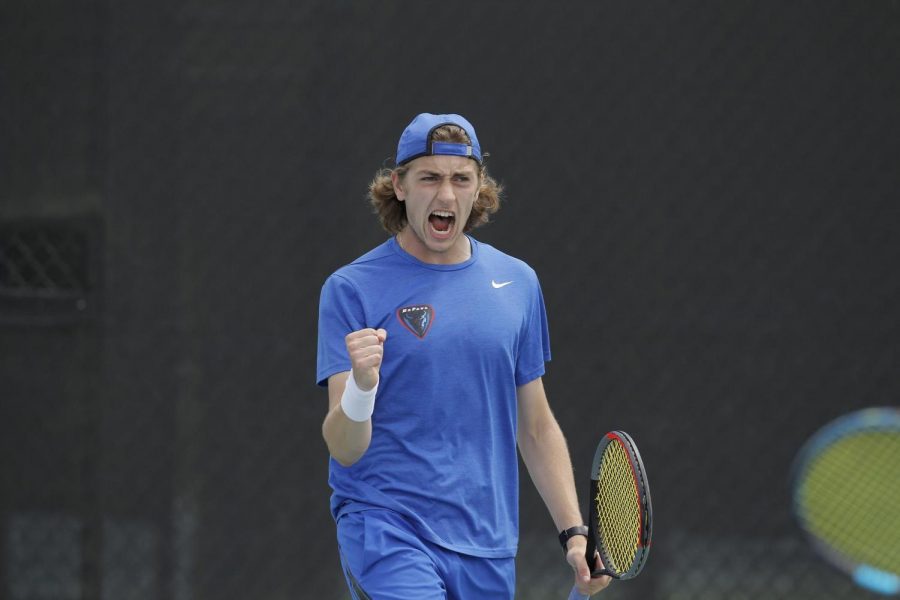 The DePaul men’s tennis program has had some close calls previously in the Big East Tournament. The Blue Demons have come close to winning the championship game three separate times, but they failed at the last hurdle on each occasion.

Wassenaar took the first set 7-5 and then Felcher won the second set in 6-2. But the final set involved both players breaking each other’s serve, multiple long rallies and four match points for Felcher

But Wassenaar was able to stay alive by winning all of those points and gaining the momentum back on his side. He would go on to win the next two points to secure the vital third set for his team.

At the end of the tournament, Wassenaar was named the Big East Tournament Most Outstanding Player. He won all of his matches in the conference tournament.

The entire day saw both teams trading points and sticking within striking distance. DePaul won the crucial doubles point to begin the afternoon.

In order to secure the only doubles point, one school has to win two of three doubles matches. DePaul and St. John’s split the first two matches, which meant that the combination of Christopher Casati and Boris Spanjaard had to win their match in order for DePaul to take the doubles point.

They did just that, giving the Blue Demons some room for error in singles play. St. John’s, however, fought back after losing the first singles match — which was won by DePaul’s Vito Tonejc.

The Red Storm won the next two singles points to tie the championship at 2-2. Spanjaard won his match in straight sets, which put the Blue Demons one point away from clinching the title.

But St. John’s kept battling and was able to win the sixth match to square everything up at 3-3. That’s when Wassenaar’s match with Felcher became even bigger, with the winner of that match giving their team the Big East title and an automatic berth to the NCAA Tournament.

It was Wassenaar who came out victorious after fighting off four match points in the third set. Head coach Matt Brothers has been at DePaul since 2007, guiding the men’s tennis team to three previous Big East championship appearances, but this is his first conference title.

The 15-6 Blue Demons will get a couple of weeks off before heading to Orlando for the NCAA Tournament, which will take place from May 16-28.