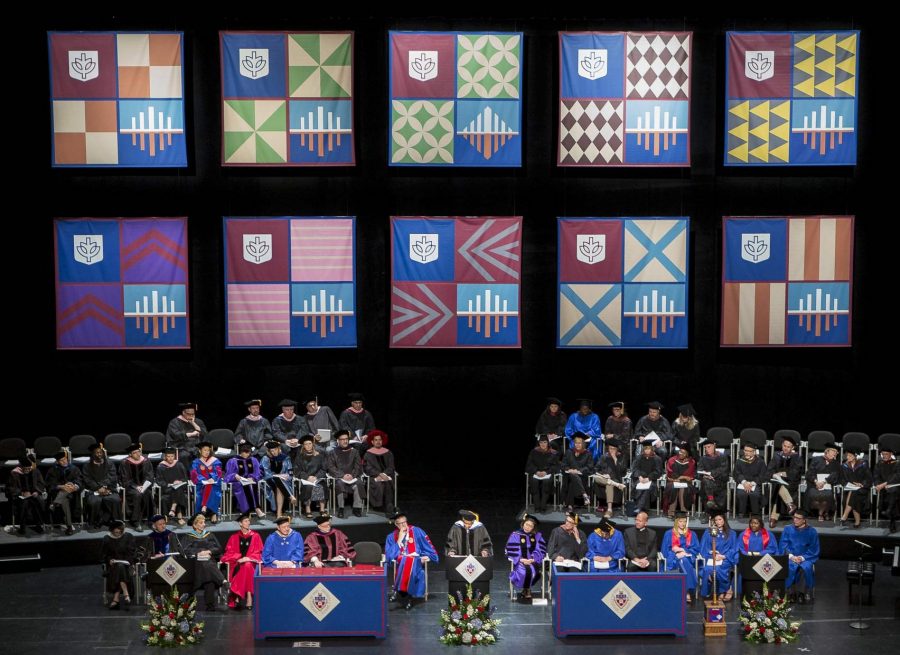 DePaul’s 2021 graduation ceremony will remain virtual for yet another year, but the tradition of sending students off with words of wisdom from alumni and fellow students will continue.

DePaul’s Office of Academic Events stated in a Newsline article that Lourdes Duarte, an award-winning reporter from WGN News, will be the alumni inductor at this year’s June 12 ceremonies.

Duarte is a graduate of DePaul’s College of Communication and is on the dean’s advisory council. She is a co-anchor WGN News and host of “Adelante Chicago.” She first worked as a reporter for Telemundo Chicago and then continued to work in news stations in Miami, Indianapolis and Detroit.

Aside from receiving the Center for Journalism Integrity and Excellence Distinguished Alumni Award from DePaul in 2019, Duarte also won an Emmy after she launched, produced and hosted the public affairs show “Hoy en Dia” in Indianapolis for its impact on the Latino community.

The College of Law ceremony will take place on May 22 and Anna Richo, a DePaul College of Law alumni and member of the university’s Board of Trustees, will be the commencement speaker. Richo joined Cargill — a global food company — back in 2019 and is its general counsel, chief compliance officer and corporate secretary. Her career in law has spanned over 30 years.

Karina Ayala-Bermejo, president and CEO of Instituto del Progreso Latino, will also be at the ceremony as the alumni inductor. She graduated from the College of Law in 1998 with her Juris Doctor and began her career as a hearing officer for the Chicago Board of Education, according to her LinkedIn.

The Office of Academic Events also published a list of student speakers for each college: