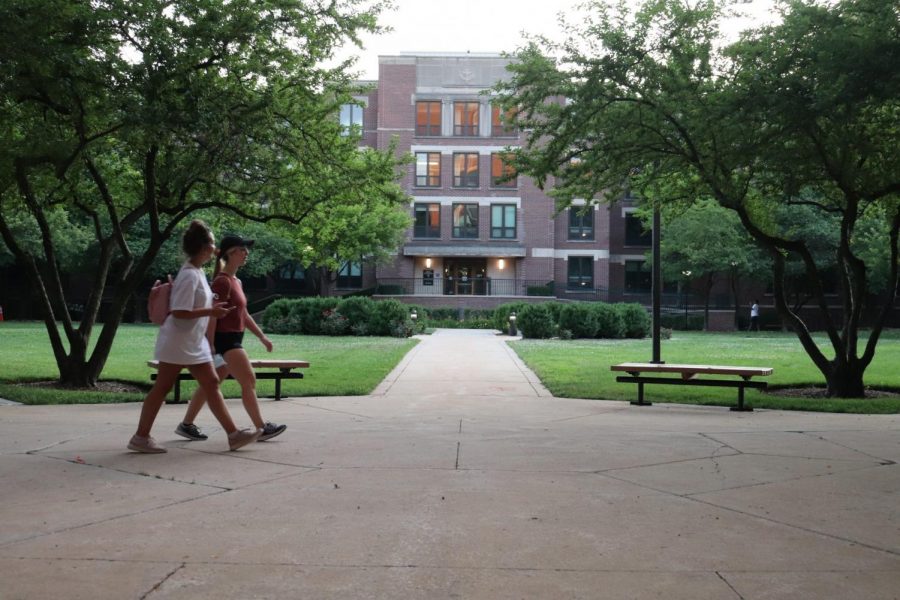 SGA Elections Coordinator Jane Pallos encouraged students that did not receive enough signatures to run as write-in candidates, but they must submit a letter of intent.

Not only will students vote for candidates, but they will also vote on two referendum questions related to the 25 percent tuition discount for the Fraternal Order of Police (FOP) and adding a green fee geared towards supporting sustainability initiatives at DePaul.

SGA will post the results of the election on Friday.

SGA passed a motion in favor of emailing DePaul President A. Gabriel Esteban to take action in response to a letter from members of DePaul’s Black community.

The DePaulia previously reported that the letter “addresses both statistical and cultural issues facing Black students, staff and faculty at DePaul,” and comes after a town hall event that was “designed specifically to address issues faced by Black DePaul community members.”

The letter then moves on to offer recommendations on how to address these issues stating, “A hallmark of equity is the recognition that diverse communities have diverse needs and require diverse resources. Dismantling systemic inequities requires greater effort beyond slogans and statements. It necessitates dedicated and intentional action.”

The letter ends with a request to set up a meeting with Esteban and Gerald Beeson, the president of DePaul’s Board of Trustees, by May 21.

SGA passed a measure adopting the university’s land acknowledgment statement into its constitution. The statement recognizes that indigenous communities once resided on the land DePaul sits on.

The organization then passed a revision that would make the number of student signatures needed to qualify for the ballot to 50 for president and vice president and 25 for all other positions permanent after SGA changed its standing rules due to the pandemic.

Prior to the Covid-19 pandemic forcing SGA to move its meetings and other activities online, those running for president and vice president were required to receive 250 student signatures and 100 signatures for candidates running for other offices.

SGA Vice President Watfae Zayed said the university received a grant from Interfaith Youth Council to open a chapter to continue vaccine education work and to employ a group of students to continue this through the summer in an effort to encourage members of the DePaul community to get vaccinated. Zayed applied and received one of the positions to be a part of this initiative.

SGA decided to reallocate some of the funds from its committee funds to internal affairs towards its T-shirt drop. During a general body meeting last month, SGA passed a measure to sponsor a T-shirt drop.

During this week’s president’s report, SGA President Alyssa Isberto said SGA’s last general body meeting of the quarter is this week and that the organization will hold an inauguration for new members and a senior send-off for SGA’s graduating seniors on May 20.

During this week’s vice president’s report, Zayed encouraged students to fill out a template to send to deans and professors across the university asking for accommodations for Eid al-Fitr.