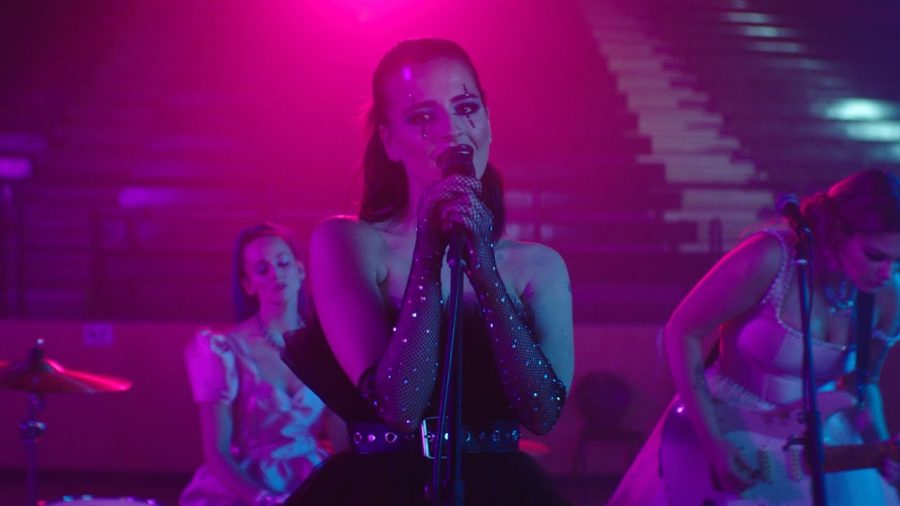 Who knew people could lie on the Internet?

On April 9, a Nashville-based pop-punk girl group by the name of Tramp Stamps released their third and latest single, “I’d Rather Die.”

Containing lyrics such as “I can’t recall a memory/Of someone driving me home and not asking for a b***job/I’d rather die/Than hook up with another straight white guy,” the song epitomizes the band’s image: a “girls rule, boys drool” trio of self-made, independent rag-tag women unafraid to call it like they see it.

Within a matter of days, however, the band was flooded with accusations of inauthenticity and claims that they were capitalizing on a trendy aesthetic in the hopes of financial success. Their image was quickly stained, and the Internet collectively dismissed the group as industry plants.

But what is an industry plant, anyway?

“The definition gets looser and looser every year,” said Michael Johnson, studio musician, MBET program director at University of the Arts and co-founder of music label Boiled Records. “My personal view on it would be an artist with all the backing of [a major label] who’s presented as if they’re some sort of independent artist who got there on their own effort.”

For the past decade, a litany of musicians have received online accusations of being industry plants, from Billie Eilish to Clairo to Chance the Rapper. While it’s pretty much impossible to confirm whether an artist is an industry plant, that doesn’t stop people with access to Google from trying.

Oftentimes, the term is placed on any musician whose public image is formulated in some way by their label. However, Johnson suggests that this definition is far too broad.

“If you were to define it by somebody whose career is shaped and their image is shaped by their label, then you’d have to define 90 percent of the major label music industry as industry plants,” Johnson said.
@trampstampsour new bb ‘I’d Rather Die’ drops April 14th !! pre-save/add now and get ready to make men cry… link in our bio !! ##guitartok ##punksongs♬ original sound – TRAMP STAMPS

“It’s certainly not a new phenomenon or anything like that,” Ian said. “For the entire history of recorded music, people with money have been looking at somebody and saying ‘Hey, this person is very attractive, and I could put them on the face of this record and sell a million copies, and it doesn’t matter what it sounds like.’”

Ian also points out that the term “industry plant” is applied most frequently in genres predominately comprised of Black artists, suggesting that racial bias may influence the distribution of industry plant accusations.

“I guess I see it mostly in hip-hop, and new R&B, and rap and stuff like that,” Ian said. “It seems to me like, why are we scrutinizing and questioning so aggressively these artists who are largely people of color, whereas white artists for decades have largely done the same thing and just been given a pass, and nobody blinks an eye at it?”

While Ian notes the nuance of the industry plant phenomenon, he stops short of championing those who take that path, calling into question their artistry.

“If it’s going as far as creating a fake backstory to make somebody look good or give you street cred or anything like that, then it’s like, are you an artist or are you just part of an advertising ploy?” Ian said. “I guess that would be what I think of as my concept of an industry plant. Like, you’re not really an artist. You’re just a piece of marketing.”

Not everybody turns their nose up at artists who go the route of the industry plant, however. Jonny Cummings, a local musician and senior at DePaul, said that if the music is good and the artists aren’t depraved, the label’s involvement is of little importance.

“I personally have no problems with industry plants, because for a lot of them, I do like their music,” Cummings said. “They tend to be more in the pop realm, and I tend to like pop. The music’s good, and it’s not like they’re necessarily bad people. There’s no problem, really.”

Considering the onslaught of criticism Tramp Stamps has faced, the Internet largely disagrees.

Almost immediately following the release of “I’d Rather Die,” internet sleuths on TikTok quickly discovered a series of connections between the band members and the commercial music industry, calling into question the integrity of the band’s aesthetic. One user in particular discovered that lead singer Marisa Maino attempted a solo pop career for years prior to Tramp Stamps’ formation, that drummer Paige Blue has had a long history in commercial music production, and that the band’s heavily professionalized digital image doesn’t match their supposed grassroots origins.

As others began rummaging for dirt, a Redditor eventually discovered that the band’s guitarist, Caroline Baker, is signed to publishing company Prescription Songs, and that the band itself is signed to Kobalt Music Group. Prescription Songs and Kobalt Music Group are partially and fully owned, respectively, by Lukasz Gottwald — the same Lukasz Gottwald that Kesha had sued for alleged sexual assault and emotional abuse in 2014. These ties have led many to question the band’s alleged commitment to feminist ideals and punk counterculture — defining aspects of their brand.

“Clearly those are not punk riot grrrls,” Johnson said. “I mean, if you’ve ever been a part of any subculture or any sort of punk counterculture, those are clearly not members of it. Authenticity is a rare commodity. Everyone wants to sort of capitalize, and [many] don’t realize that you can’t invent authenticity. You have to be what you say you are.”

Ultimately though, Johnson’s simply chosen not to worry about the group.

“Who cares?” Johnson said. “I’ll just ignore Tramp Stamps now that I know who they are. Good luck to them. I hope they find a way to pay rent like everybody else.”