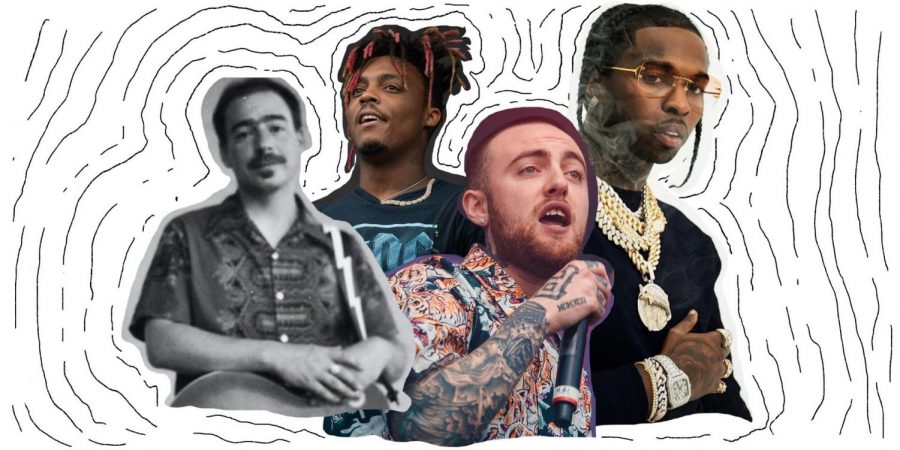 The mere mention of Pop Smoke, a Brooklyn rapper who was killed in February of 2020 in a home-invasion robbery, brings both nostalgia and the reminiscence of a young life cut short. Pop Smoke’s death at 20 years old came at the beginning of his push into popularity. He had only just begun a career that can now be categorized as impactful and full of success.

Pop Smoke, born Bashar Barakah Jackson, only began his rap career toward the end of 2018. But he quickly gained traction with singles “Welcome to the Party” and “Dior,” which both became hits in 2019. Pop Smoke was set to release music and tour in 2020 before his death cut that timeline short.

The subsequent release of his posthumous album “Shoot for the Stars Aim for the Moon,” was immensely successful. After its No. 1 debut on the Billboard 200 in July of 2020, the album’s four most-streamed songs on the album received more than 1.12 billion combined on-demand streams in the United States as of October 2020, according to Billboard.

After the immense success of Pop Smoke’s first posthumous album, another release was announced on May 1, 2021 by Rico Beats, another manager of Pop Smoke. Victor had also previously confirmed that another project was on the way.

The success of posthumous album releases has been a consistent phenomenon in the music industry.

“When they pass away, we become a bit more nostalgic about an artist,” said Daniel Makagon, a professor of communication at DePaul University. “We think about when they were alive, we think about what they meant to us, and we want to engage with those artists in that way through our own memories of them. When they pass away, that gives a different kind of narrative about who they were and what they meant; this brings some level of press and attention to an artist that didn’t exist before.”

For someone like Pop Smoke, whose brand has grown exponentially since his death, there is a sense of longing for what their career as an artist may have looked like in full bloom. Mac Miller is another artist who died before his artistic vision and potential could be fully realized.

There is a greater sadness associated with the death of young artists and the deprivation of their fulfillment of potential, especially for other young adults. It has a greater effect on young people because it acts as a reminder that our lives can be over before we’ve ever really achieved anything.

“Sometimes, as an artist, you just want to be heard regardless, so it’s good that they are paying tribute to you and releasing your work,” said Johnson Huynh, a sophomore studying music at New York University. “But to some artists, it is against their values to release something after death.”

Planned posthumous albums are releases that were facilitated before the death of an artist and are unique to older artists or artists with health issues, with the songs on the project hand-picked by the artists themselves. Unplanned posthumous albums are releases that were picked by management or the artist’s estate after an unexpected death of an artist. The songs released are chosen based off of recordings or ideas the artist had before their death but the album in its entirety was not actually approved by the artist.

Queen’s album “Made in Heaven” was a planned posthumous album; Freddie Mercury knew that his death was imminent, and “Made in Heaven” was created with the vision that it would be the last Queen album ever to be released. After Mercury’s death in 1991, it took the other members of Queen four years of grieving before being able to release the album in 1995.

Unplanned posthumous albums are a more common occurrence. “Milk and Honey” by John Lennon and Yoko One is considered to be one of the more ethically sound unplanned posthumous albums because Lennon had been working on the album with his wife, Ono, up until his death. As Ono was the one who compiled the recordings and created the final album, she had the best possible knowledge of what Lennon would have wanted.

“I think that it is important to release [a posthumous album], especially if it was in the ending stages,” said Jesse Smerechniak, a senior at DePaul studying media and cinema studies. “If there was plenty of work still to be done, and then the artist died, I feel like that is unethical because the artist was not there for the full creative process.”

A few other notable posthumous album releases include “The Don Killuminati: The 7 Day Theory” by Tupac Shakur (released under the alias Makaveli), “Mystery Girl” by Roy Orbison, “Pearl” by Janis Joplin, “Closer” by Joy Division, “Genius Loves Company” by Ray Charles, “Dreaming Of You” by Selena and “Lioness: Hidden Treasures” by Amy Winehouse.

While many are simply happy to have access to more music by these artists, the discourse surrounding the ethics of posthumous releases is bound to arise at the mention of any one of these releases.

“I think it is still hard to get an accurate depiction of exactly what these artists wanted,” Huynh said. “It feels a little inaccurate to me personally because it was posthumous, and these artists weren’t able to listen to their finished albums before they were released.”

One of the most heavily debated artists when it comes to posthumous album releases is Prince. Prince’s estate has continued to seemingly go against his wishes of how to proceed with his music and his legacy after his death in 2016.

“Prince is rumored to have vaults of recordings because he owned his own studio and he was a prolific writer, but he was unwilling to release those,” Makagon said. “His estate is pumping this stuff out like crazy, I’m sure primarily to capitalize in terms of income, but also because they may have a different sense of what Prince’s legacy should mean compared to what he had when he was alive.”

Along with the release of songs that Prince had previously been hesitant to release, Prince’s estate has made decisions that impact his legacy.

“Prince fought against streaming services for the last several years of his life, he just hated them,” said H. Peter Steeves, a professor of philosophy at DePaul. “And then a few months after Prince’s death, all of his stuff was on Spotify. Clearly, he didn’t want that.”

Ethically, these are clear violations of what Prince wanted for himself. But simply recognizing this may not be enough to deter us from listening to albums or consuming content that has been released posthumously.

“There is a complication in that works of art, once they are put out into the world, are public things; they don’t belong to the artist,” Steeves said. “And capitalism is partly to blame for that; capitalism tells you that if you have money to get something, then it’s yours to get. We think that if we can pay for it, we have a right to it; people want to consume that because they think they have a right to consume everything.”