Grab your headphones — the cicadas are coming 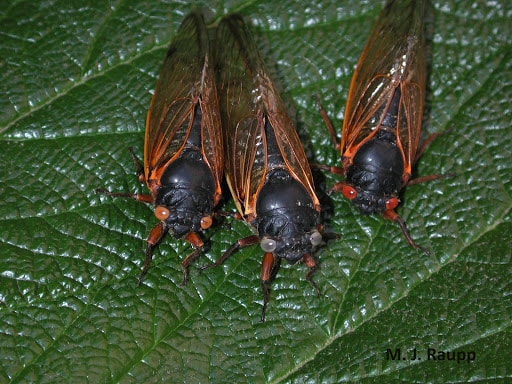 Brood 10 will come by the thousands starting mid-May and will remain above ground until June.

It’s a plane, it’s an engine, it’s a lawnmower. It’s actually a cicada. These boisterous insects and their shrieking songs have been underground for the past 17 years and are set to surface within the coming months. Brood 10 Magicicada will come by the thousands starting mid-May and will remain till June. By the beginning of July, the cicadas will be gone until their next rise 17 years from now.

The cicadas coming in 2021, all belonging to the genus Magicicada, will primarily have black bodies, yellow-orange wings, and red eyes. The three species within this umbrella vary by size and the sound they produce. Brood 10, a group of periodical cicadas that will emerge at given geographic locations in a defined and synchronous way, will not be seen in the Chicagoland area.

The Chicago area will not expect periodical cicadas, and more importantly their noise, till 2024. At that time, we will not be experiencing the same set of cicadas coming this year. By 2024, Chicago and Northern Illinois will watch as thousands of cicadas from Brood 13 take over the treetops. Magicicada cicadas have different emerging periods, and can either emerge at 13 or 17 years with no in-between.

Michael J. Raupp, a professor of entomology at the University of Maryland, has an in-depth background on cicadas. Through his blog, Bug of the Week, and his website Cicada Crew UMD, run by the university’s entomology department, Raupp has had a focus on cicadas for quite some time.

“By going underground, what we believe is they can avoid many predators,” Raupp said. A tactic to ensure their survival until their emergence, in other words.

Contrary to a common belief, cicadas do not hibernate while they are underground. They are just slowly developing. When they do surface, they will only live about two to four weeks. They emerge over several weeks to avoid dying out all at one time. 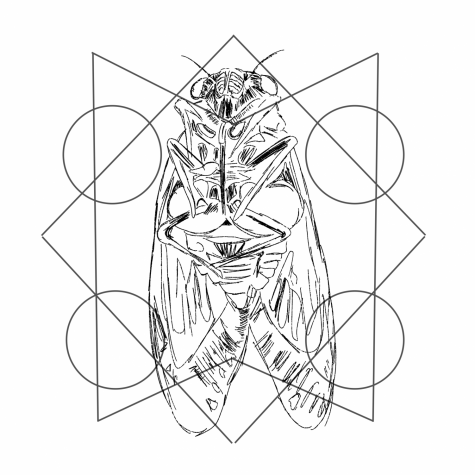 During their development, “they sip the sap of plant roots from a tissue called xylem, and that’s what they feed on through their 17 years underground,” Raupp said.

With such a short life span above ground, cicadas’ main goal is to reproduce. “The only purpose of their adult form is to mate and lay eggs (females only). Once those tasks are complete, there’s no reason for them to continue on, so they just die,” Mozagai said.

Before their deaths, their mating process is that familiar noise driving us to shut our windows over the summer.

“They produce several different kinds of sounds,” Raupp said. “It’s only the guys that sing. The males have an organ on either side of their abdomen. […] There are muscles attached to it that can vibrate to create sound.”

Raupp said their sounds can reach up to 80 or 100 decibels and be as loud as a lawnmower, engine, or airplane flying overhead.

In the process of their mating, “the male is going to do his courtship song..if she likes it, she’s gonna make a clicking noise with her wings and they will mate,” Raupp said.

The female cicadas will lay anywhere from 400-600 eggs. The tiny nymph cicadas that hatch from them will fall from the trees, down to the ground, bounce twice, then burrow themselves underneath the earth’s surface to begin the cycle all over again.

Beneath the surface, cicadas might be more similar to us than expected. Raupp and Mozagai both said that cicadas live isolated and socially distanced lives, similar to what we are going through today.

Now with all this noise and their seemingly dull lives, one might ask what their benefit is to the environment? Cicadas provide a nutrient-dense diet for many animals such as foxes, squirrels, raccoons, opossums, birds, turtles, and fish, to name a few. Cicadas are also very self-sufficient. When they die, their bodies fertilize the exact plants from which they came, allowing the nymphs below to have an adequate supply of sap for their development.

Besides just being a snack for earth’s creatures, many people enjoy the nutty flavor of these cicadas. Raupp himself plans to eat one or two of them, to achieve the full experience of these anticipated rare emergences.

“In other parts of the world, cicadas are very much on the menu,” Raupp said. “In places like Asia and Africa, insects can constitute as much as 20% of the protein in the diet. Western culture has not really adopted this too much, although we do eat strange things.”

Cicadas can be a delicacy for some. In the cookbook Cicada-licious, there are a variety of ways to enjoy these insects  —  even some dessert options. The book also covers which cicadas you should be picking, and the safest way to eat them.

Raupp said there are cicadaphiles, but there are also cicadaphobes. For those fearful of cicadas or who want to escape their ear-ringing sounds, he advises doing some research. Getting as much information as you can about the topic will show these insects are harmless, will not bite, and pose no threat to people, pets, or children. For those wanting to escape the noise, consider planning vacations in the coming months to Florida, California, Wyoming, and upstate New York.

For those excited, indifferent, or unprepared for their arrival, Lori Ann Burd, a staff member for the Center of Biological Diversity located in Tucson, Arizona has some advice. “Such an event is an extraordinarily wonderous thing, people should enjoy it, and they shouldn’t use insecticides or other pesticides that may harm the cicadas,” she said.

For now, enjoy the bliss of silent nights before the cicadas emerge.