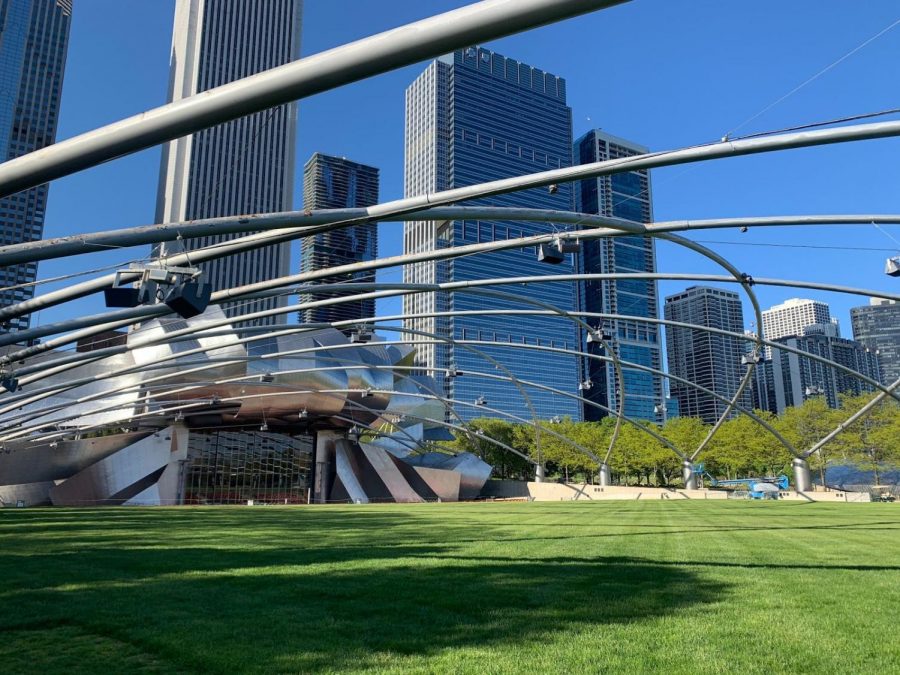 The Jay Pritzker Pavilion has had an empty Great Lawn for over a year. This will change as the Grant Park Music Festival announced its 2021 season.

As the grass gets greener and flowers start to bloom, many Chicagoans remember a time when they sat on the Great Lawn of the Jay Pritzker Pavilion listening to the music of the Grant Park Orchestra. These memories will soon be a reality once again.

“[The Grant Park Music Festival] has been a staple in providing free, accessible music to the larger Chicago community for years,” DePaul senior music major Momoko Hasselbring said. “Reopening means that classical music will be available to all, not just the exclusive few who have been able to enjoy live performances during the pandemic.”

Many were deprived of classical music during the pandemic, due to the loss of in-person concerts for social distancing purposes, making the return of the festival all the more special. The pandemic has also put an emotional and financial burden on many families, which connects this season’s purpose to uplift the community back to the festival’s roots in the Great Depression.

“The way it was founded in 1935, it was a free festival for free concerts that was established during the Great Depression to really lift the spirits of Chicagoans that were out of work,” said Jill Hurwotz, chief marketing officer at the Grant Park Music Festival. “That’s been its mission throughout the years, to be a free festival, to have free music to be enjoyed by both Chicago residents and visitors that come to the city as well.”

The 2020 season was the first time the Grant Park Music Festival was unable to hold the festival, a decision that Hurwotz said was made to keep the community safe. The season usually is 10 weeks long but due to the same desire to keep the audience members safe, the festival will be starting later in the summer along with other safety precautions.

“We’re thrilled that our musicians can be safe, the audience can be safe, and we look forward to being out there beginning July 2nd,” Hurwotz said.

The festival’s repertoire is a mixture of a little bit of everything, including some audience favorites, such as Dvorak’s New World Symphony, some less common pieces and even a world premiere.

“We have a real mixture of well-known pieces, beloved war horses, mixed up with some things that are not so well known,” Hurwotz said. “This year we have a little bit of a challenge. The number of musicians that will be playing will be smaller because of the social distancing of the musicians.”

Some highlights of the season include Dvorak’s New World Symphony, Beethoven’s Symphony No. 1 and the Sibelius Violin Concerto. There will even be an acapella concert highlighting the Grant Park Chorus.

Reservations are needed to attend the concerts, which can be found on their website. The festival is still working out the capacity of the concerts and will continue to evaluate that as the pandemic progresses and July draws nearer.