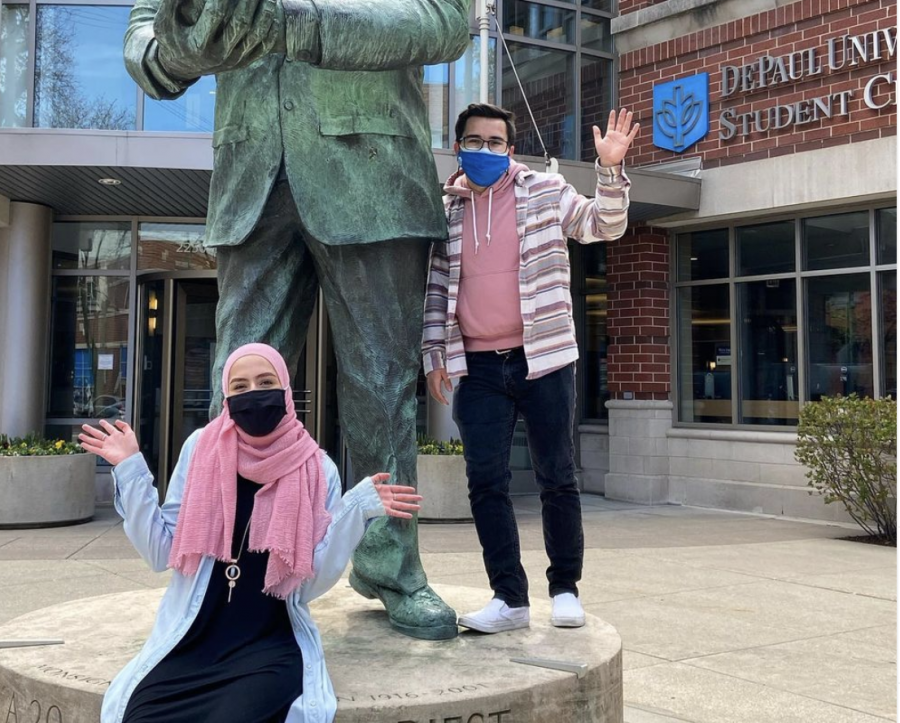 Zayed and Holechko ran on four key initiatives, according to their official campaign Instagram page:

Zayed previously held the position of SGA’s Vice President, and Holechko was previously the senator for the College of Education.

Zayed and Holechko won by an 18 percent margin; they received 58 percent of votes, while Janicki and Norward received 40 percent. Other unnamed candidates received 12 percent of the total vote. In total, there were 595 voters in the election for President and Vice President.

All other announced positions were uncontested elections. Elected candidates who ran unopposed are as follows:

SGA announced in an Instagram post that there is an internal protest pertaining to an unnamed candidate’s campaign.

“For full transparency: A protest regarding a candidate’s campaign has been filed and is under review of SGA’s Judicial Board,” the post reads. “The Judicial Board is still meeting and figuring out proceedings on this matter. There are no further comments at this time.”

Two referendums were also voted on during the election: whether students support the university’s relationship with FOP, and whether students would support a $5 quarterly sustainability fee.

The first referendum’s results show that 83 percent of 642 voters do not support DePaul University offering a 25 percent tuition discount for members of the Fraternal Order of Police (FOP).

About 83 percent of 622 voters would support the second referendum, paying a $5 sustainability fee. According to the referendum, most universities charge a fee specifically designed to fund environmental and sustainable initiatives on campus; DePaul does not.

“[We are] focused on helping all students and fostering an inclusive environment on campus,” Zayed and Holechko wrote on their Instagram. “We hope you join us in creating a better DePaul and creating an institution that works for everyone.”