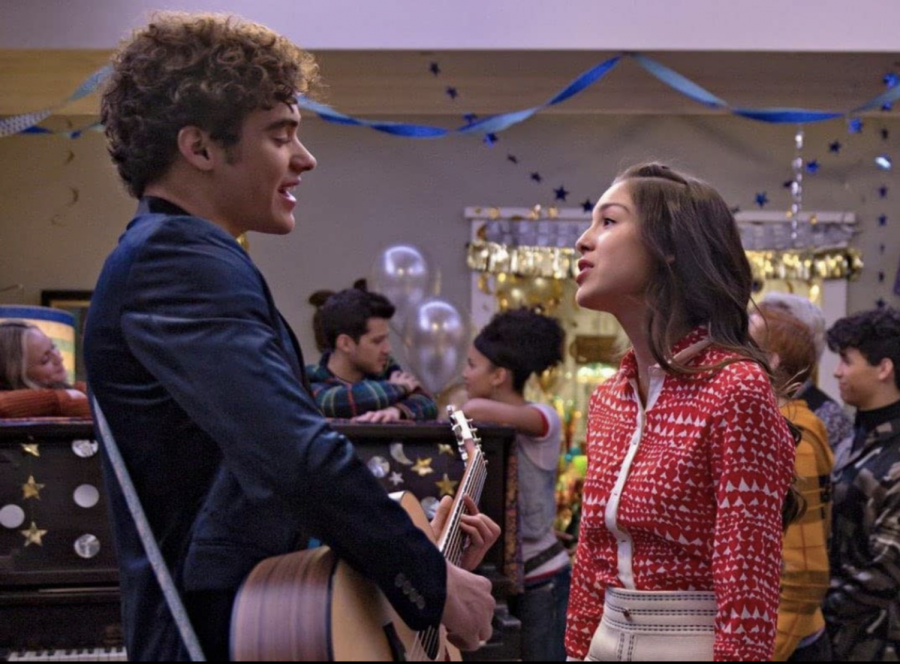 With a loyal fan base holding over from season one, a starlet with three hit singles and a Saturday Night Live performance, along with a new appearance from Derek Hough, the stars have seemingly aligned to give “High School Musical: The Musical: The Series” the energy needed for its season 2 premiere, which debuted this past Friday.

The first season didn’t exactly reinvent the wheel — opting instead to emulate a sort of Glee-meets-The-Office musical mockumentary feel — but it was certainly entertaining enough for anybody looking for a soapy teen drama or an ode to “High School Musical.” Now that the students of East High have made it through their fall production of “High School Musical,” they are setting their sights on the spring musical in a performance-packed season opener that promises plenty of singing, dancing and good old fashioned rivalries to come.

When we last left our intrepid gang of freakishly talented high school musical theatre performers, they’d just successfully(ish) completed their opening night of “High School Musical,” complete with a genderbent Sharpay, several mid-show casting swaps, and a music conservatory dean in the audience, waiting to give Nini (Olivia Rodrigo) her one-way ticket to a prestigious arts school in Denver. Now it’s New Years Eve, and as Nini is trying to figure out how to break the news to her now-steady boyfriend Ricky (Joshua Bassett), drama teacher Miss Jenn is deciding what show they’ll be putting on for the spring musical.

The episode opened with an appropriately festive holiday musical number, complete with a Gina (Sophia Wiley) dance break and an original song called “Something in the Air.” The premiere also featured Ricky’s rendition of the iconic “High School Musical 2” (HSM2) angst anthem “Bet On It,” which he intended to use as an audition song for the spring musical, in addition to a medley of “Fabulous,” “You Are the Music in Me” and “All For One.” The East High drama department was under the impression that spring show would, in fact, be High School Musical 2, but in the first major curveball of the season, everyone is shocked to learn that this isn’t the case.

While Miss Jenn (Kate Reinders) is out shopping for costumes for the musical — which she had planned to be HSM2 —  she bumps into her ex-boyfriend/musical co-star Zack, played by “Dancing With the Stars” alum Derek Hough. Zack is a big shot broadway performer who has returned to Salt Lake City to direct the rival North High School’s production of “The Little Mermaid,” a show for which he expects to win the Alan Menken award for high school theatre. In a moment of jealousy and competitive spark, Jenn makes the split second decision to change East High’s spring musical —  from the predictable HSM2 to the Menken-penned “Beauty and the Beast.”

Though the cast is shocked — and initially dismayed — to learn of the sudden swap, Jenn tells her students that they will also be gunning for the Alan Menken award, thus laying the groundwork for the arc of season two. While season one stuck closer to “The Office” in terms of structure, the latest entry is instead taking a few more pages out of “Glee”’s book, with two dueling musical schools and teachers leading the charge. It’s a smart move to inject a little more life into the series, and the addition of Hough should certainly bring more energy and charisma to the adult cast of the series, which tends to get lost in the shadow of its younger half.

Of course, it won’t just be about Zack and Miss Jenn’s rivalry — the students all have their own drama to deal with. Ricky is reeling from the news of Nini’s sudden move, and to add insult to injury, his dad dropped the bomb that they’d be moving out of his childhood home. Gina, who should seem like a shoo-in for the lead of Belle with Nini out of the picture, looks to encounter some new competition in, if next week’s teaser is anything to go by. And, of course, there are the many romantic entanglements – Big Red and Ashlyn, Carlos and Seb, and there’s always the possibility that Gina and Ricky would rekindle their season one sparks — with Nini once again out of sight.

The premiere, like season one, wasn’t perfect — the costumes are still horrendous, the acting a little iffy, and the dialogue is as cringe-worthy as ever. But “High School Musical: The Musical: The Series” isn’t trying to invent the wheel, and it’s clear that the writers understand the show’s strengths and weaknesses. While the season two opener may not attract any new fans to the show, there’s more than enough drama and musical numbers to keep fans of the first season satisfied.