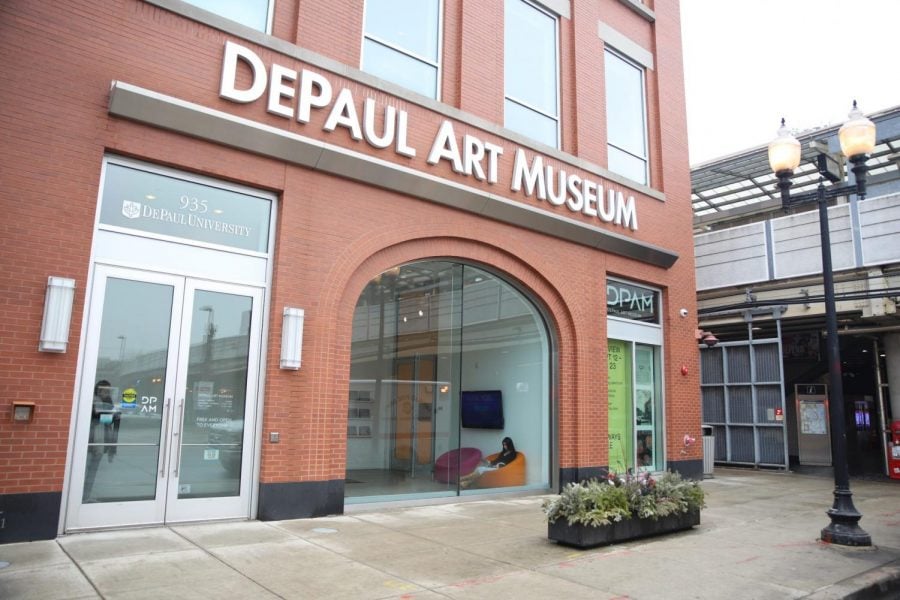 More than a year after its closure due to Covid-19, DePaul Art Museum reopened its doors for in-person viewings on May 14. Two exhibitions — “LatinXAmerican” and “Claudia Peña Salinas: Quetzalli” — are currently on display.

“We are actually really one of the last museums to open in the city during Covid,” said Laura-Caroline de Lara, interim director of the museum. “We were wanting to make sure that we could [reopen] in a really safe, careful and considerate way.”

Apart from the careful preparation involved with safety precautions, the two Latinx-based exhibits are what prompted the museum to resume in-person viewings.

“They’re such sort of critical shows for us that it felt really important to try and get as much time for visitors to come in and see them in person,” de Lara said. “There’s just nothing that compares to being able to see work in-person and being able to interact with it face to face.”

Both exhibits were installed between January and February 2021. Until recently, the only way to view them was through video highlights and virtual tours.

These exhibits are a part of the Latinx initiative DPAM launched in the spring of 2020. This is an effort that focuses collections, exhibitions and programs on the work of Latinx and Latin American artists.

“The lack of representation in museums by Latinx and Latin American artists is really just abysmal,” said de Lara. “DePaul Art Museum has always kind of focused on those underrepresented artists.”

The “LatinXAmerican” exhibit reflects the museum’s efforts to assess the presence and absence of Latinx artists in collections and galleries. It is a group exhibition featuring a collection of intergenerational works by 38 Latinx artists, 25 of whom have some kind of link to Chicago.

“The show reflects one of the mandates of the museum to collect and show the work of Chicago and local artists with a focus in Latin American, Latinx artists,” said Dianna Frid, a mixed-media artist exhibited in the show.

Frid is also a part of the museum’s concurrent summer programming that includes a hybrid of in-person and virtual events. The program events consist of discussion and lecture panels, game nights, musical performances and much more.

The collaborative panel Frid is hosting will be a virtual event. “It’s not going to be in person in the museum, but it’s a way of being connected to the show too,” she said.

As for the type of artwork exhibited in the “LatinXAmerican” show, there is a wide range of mediums including, but not limited to, photographs, paintings, sculptures, installations, textiles and video work, all of which make for a diverse and conversational show.

“I think that the show does a really good job in not flattening out the kind of work that we make,” Frid said.

“Part of the focus for both of [these] shows, and for our Latinx initiative in general, is to really be promoting the voices and the work and the themes found in these works done by Latinx and Latin American artists,” de Lara said. “It’s important for these artists to be represented.”

From topics of immigration to cultural appropriation to ceremony and ritual, artists and themes included in the “LatinXAmerican” exhibit increase the visibility and voices of Latinx and Latin American artists everywhere, especially those working in Chicago.

“I am glad and excited that DPAM is doing important work in bringing awareness to these issues,” said Yvette Mayorga, a multidisciplinary artist also included in the exhibit. “People should go see ‘LatinXAmerican’ because it is highlighting important issues that we are currently facing in the U.S. while in conversation with artists from Chicago and nationally from different generations.”

Both the “LatinXAmerican” and “Claudia Peña Salinas: Quetzalli” exhibits are open for in-person viewings until Aug. 15.

Admission is still free, but reservations are required through the museum’s website or the Tock app.