REVIEW: Olivia Rodrigo lets it all out with ‘SOUR’ 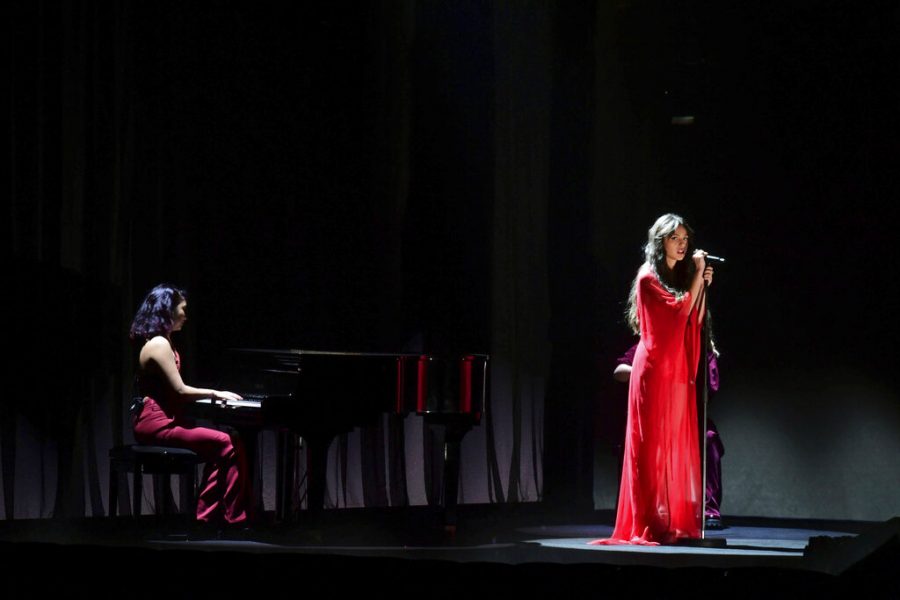 Olivia Rodrigo is not happy. Like, really not happy.

On her debut album “SOUR,” released Friday, the rising star invites listeners into the soundtrack of her highly publicized heartbreak, rumored to involve her fellow Disney stars Joshua Bassett and Sabrina Carpenter, two people I was completely unaware of before this year. While much of Rodrigo’s ascent to fame has centered around the logistics of how and why Bassett broke her heart, I can say without any equivocation that I do not care about any of that.

While it can be entertaining to try and piece together the real-life narratives behind famous works — especially ones where there appears to be an obvious protagonist and villain — the art ultimately needs to stand on its own merits and not coast on the intrigue of a celebrity’s personal life.

As is to be expected for what is essentially a breakup album, “SOUR” is predominantly made up of ballads, some of which begin to bleed together as they play one after the other. Of all the ballads, “traitor” is easily the best-sounding, with the layered vocal harmonies and dream-pop adjacent production sounding like something straight out of Jack Antonoff’s repertoire. “driver’s license,” which catapulted to the top of the pop charts earlier this year as a result of TikTok virality, remains lyrically sharp on the 100th re-listen and was an excellent choice for a lead single.

While the ballads all feature impressive vocals from Rodrigo and pleasant instrumentation, the album really comes alive when she taps into her anger. “brutal,” the opening track, features distorted guitars and angst-ridden lyrics, ultimately creating both a tribute to mid-2000s pop-punk and an authentic display of teenage frustration.

“good 4 u” sees Rodrigo channel a theater-kid variation of Hayley Williams, applying some needed edge and character to her Disney-approved vocals; it is undoubtedly the album’s best track and I only wish the rest of the album matched its energy more.

While sadness is often the most commonly associated feeling of a relationship ending, it is so much more refreshing to hear someone express that they don’t want their ex to be happier without them or that their ability to move on makes them look like a sociopath.

It feels as though Rodrigo is authentically laying her feelings bare, rather than handing over the reins to older songwriters. The end result is an album brimming with authenticity, if slightly lacking in variety and sophistication. However, I’d take clunky honesty over polished insincerity any day.

Did Olivia Rodrigo reinvent the wheel with “SOUR?” No. But it would be unfair to expect that of a teenager’s debut album. However, this is not to suggest that “SOUR” or Rodrigo as an artist is less valuable due to this; while not everything comes together perfectly, it is ultimately a showcase of an artist brimming with potential who I expect to see more of.

No matter how old you are, there’s something for everyone on “SOUR,” and Rodrigo has made it clear she is here to stay.