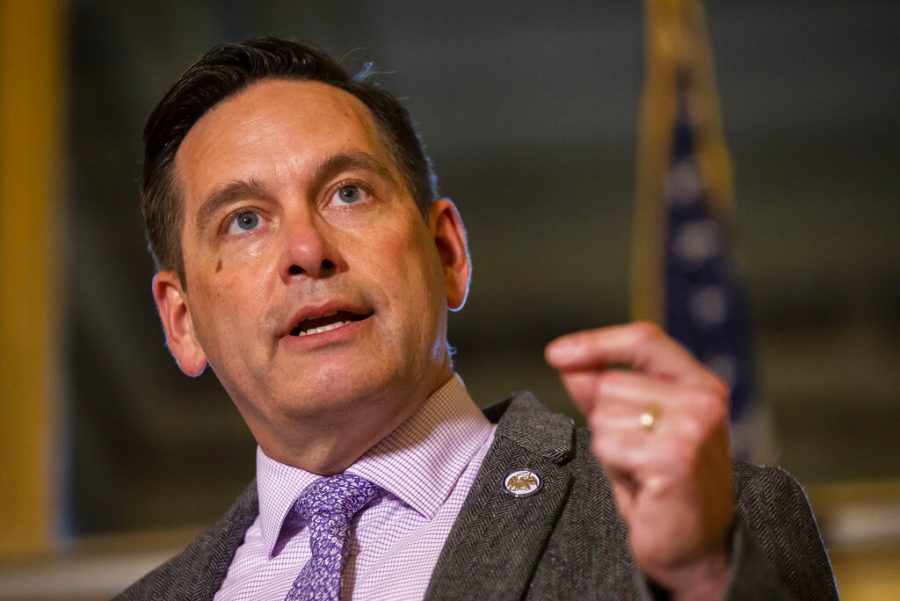 The redistricting process has unsurprisingly devolved into another partisan debate, and Illinois Democrats are feeling the pressure to finalize their maps by June 30 — or the task will be delegated to a bipartisan commission.

Last week, Illinois Democrats released their first draft of legislative maps which has since drawn staunch opposition from the Republican Party, which says the data used to redraw the maps is flawed.

As a result of pandemic delays, The Census Bureau has not yet sent population data to individual states. This complicates the process for states trying to complete the redistricting process on time.

Nick Kachiroubas, a professor in DePaul’s School of Public Service, says that because Illinois Democrats have had to use population estimates in order to redraw the maps, the controversy is understandable.

“It’s not surprising, though, because, from a political standpoint, the Democratic majority wanted to take advantage of the legislative session and get it done and passed before the constitutional deadline of June 30,” Kachiroubas said.

According to the state constitution, lawmakers have until June 30 to complete the legislative remapping. After that date, an eight-member commission is formed, consisting of two members chosen by each of the four party leaders of the Senate and the House. If a new map is not drawn by Aug. 10, a ninth partisan tiebreaking member is chosen by Sept. 5 and a map must be redrawn by Oct. 5.

Since Illinois has not yet received data from the census, Democrats are using American Community Survey data to draw the maps. The use of this data has garnered significant criticism. Jay Young, the director of Common Cause Illinois, told WTTW that the use of the survey data is akin to using exit polls instead of counting voters’ ballots to determine the winner of an election.

Wayne Steger, a DePaul political science professor, also said that the redistricting process and controversy has been predictable.

“The parties, when they have monopoly power, work to keep that, and that’s what we’re seeing in the state of Illinois and the Republicans in Republican districts are doing the same thing,” Steger said.

After the initial release of legislative maps last week, Illinois Democrats released a revised version in response to Republican criticism and public testimony throughout the week.

The revised map made changes to Orthodox Jewish neighborhoods, the North Lawndale neighborhood and some downstate Republican districts. Notably, the changes would allow eight House Republicans to keep individual districts rather than combining several GOP incumbents, which would result in them competing with each other.

The new maps did not include the state’s congressional districts. Democrats currently have a 13-5 majority in the state’s congressional delegation and, as a result of census data, the total number of delegates will fall to 17. It is likely that Democrats will aim to redraw the districts to preserve their number of delegates while getting rid of a Republican seat.