‘The Bachelorette’ recap: can you compete for love? 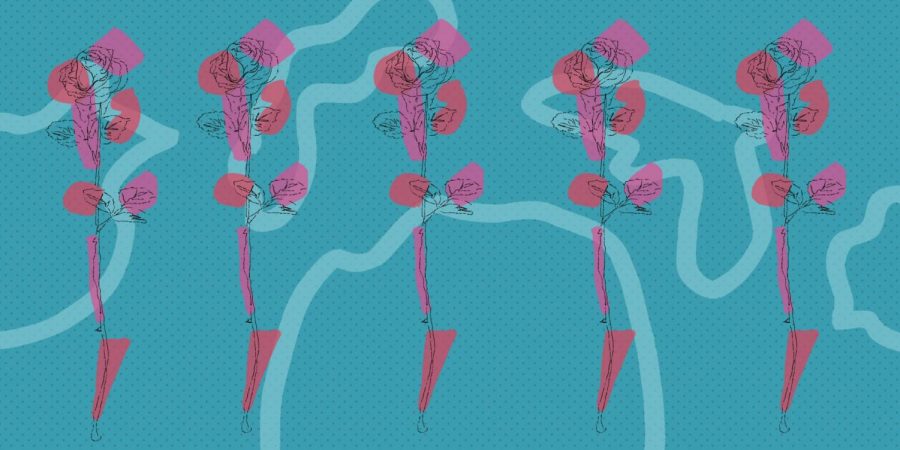 There is something gripping and cinematic about the concept of fighting for love. Audiences can’t look away when someone objects at a wedding, chases down their love interest in an airport or finally confesses emotions that they were never properly able to express.

Perhaps the love for this trope is why the reality show “The Bachelorette” has become such a pop culture phenomenon. It truly is a competition of love, which may be gripping for audiences, but not necessarily for the people involved.

Season 17 of “The Bachelorette” wrapped Monday, Aug. 10, as bachelorette Katie Thurston handed out her final rose.

This season was like nothing that I’ve seen before, particularly because I have never followed a complete season of “The Bachelorette.”

I’ve been watching “The Bachelorette” and “The Bachelor” over the past couple of years, but I always miss a few episodes here and there. This time around, I sat firmly on my couch every Monday night to watch 31 contestants compete for Katie’s heart.

The season started off very even-tempered. Upon meeting Katie, most of the contestants were nervous and shy, setting the course for what appeared to be a very calm season.

Sadly, it only took about two episodes before personalities started to clash.

What ensued was a four-to-five episode streak of the men accusing other men of having ulterior motives for being on the show, whether that be social media fame, wanting to be chosen as the lead for the next season of “The Bachelor,” or not looking for an engagement with Katie.

As I followed this season from start to finish, it became clear that the show is less focused on finding love than it is on creating dramatic and shocking moments, even at the expense of the contestants.

It was bizarre to watch goofy dates like mud wrestling and eating challenges, and even harder to watch when contestants faced the risk of injury in these non-romantic settings.

All of the drama with the contestants left Katie distraught for most of the process. She ended dates early, kicked multiple contestants off the show because of the drama they caused, and at one point, asked producers if she could end the season early and book a flight home.

There were some truly emotionally devastating situations amidst the pockets of humor and cheesiness. After all, only two people at most can be truly happy at the end of the process: the lead and the one that she chooses. That means that there were 30 unhappy endings before Katie handed out her final rose.

One of the most notable unhappy endings was a self-elimination. In the final week of the competition, Greg, a frontrunner for Katie’s heart, erupted after his hometown date where Katie met his parents.

Their date ended on a sour note when Greg weepily confessed that he was in love with Katie, and she responded by wiping his tears and saying “I just love looking at you.”

The next day, Greg was ready to remove himself from the competition.

From a viewer’s perspective, it was a little unclear why Greg reacted in that way, especially after Katie apologized for not being more emotionally responsive.

It seems that the competition aspect of being on the show broke Greg. When he asked about their relationship, Katie alluded to the rose ceremonies and who was moving on into the next week of the competition.

Greg was frustrated that Katie was comparing him to the other men that were still in the competition when all he wanted to focus on was their relationship. He just wanted a genuine response to his confession that didn’t involve the facade of the show.

“Who cares about the rose or the No. 1 or No. 2 or who’s getting sent home this week,” Greg said. “If it’s not real, it’s not real. I just want something real.”

Greg tried to verbalize the greater problems of not only this messy season of “The Bachelorette,” but “The Bachelor” franchise as a whole.

The lead has the final say in nearly every aspect of the competition, making it hard to form a healthy relationship.

Given the drama, heartbreak and unsatisfying end to many of the relationships on the show, I can’t say that I got much satisfaction from watching this season of “The Bachelorette.” If anything, I felt bad for everyone involved with what seems to be an emotionally taxing process.

For those debating on watching Katie’s season, I would recommend skipping out on streaming and waiting until “The Bachelor” franchise spinoff “Bachelor in Paradise” airs live. You won’t have to wait long; episodes start airing on ABC Monday, Aug. 16.