The phrase ‘people of color’ may be outdated 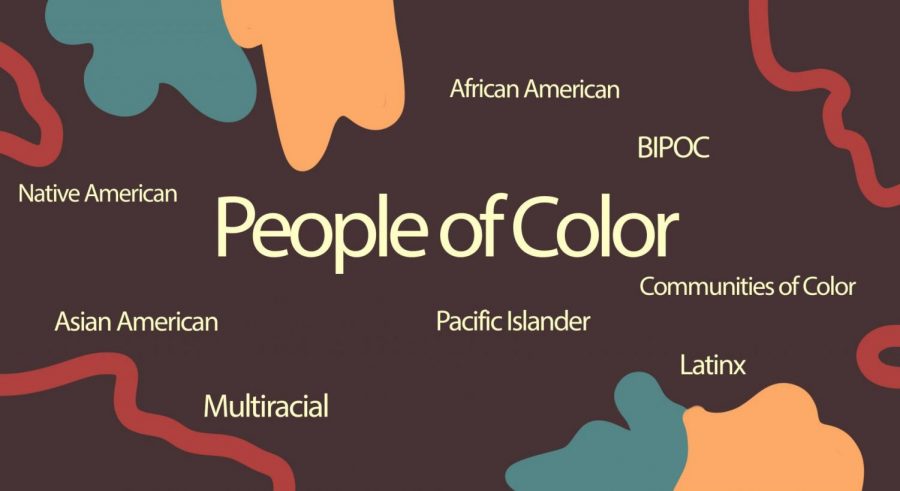 What does it mean to be a person of color? The term is meant to distinguish us from white people, but also unifies the shared experiences and struggles from white supremacy. However, I’ve tried to reflect on what the term “person of color” means to me, our society and how it reinforces racist ideas. From racist implications to favoring white supremacy, we need to search for a better term to identify racial and ethnic terms.

The term “people of color” combines all racial and ethnic groups into one big lump rather than showing important distinctions between specific histories and communities. Although it is mainly used to distinguish from white people, it causes harm by assuming these groups share the same experiences.

“POC as a term could be really harmful in the sense that a lot of people have been erasing Black and Indigenous voices, and because of the fact that there are people of color who are also incredibly anti-Black,” Carolina Aceves, SGA senator for intercultural awareness, said.

The term BIPOC accomplishes distinguishing Black and Indigenous struggles from other groups; however, it also implies all other racial and ethnic groups’ experiences are homogenous. In reality, all specific communities face distinct struggles. For example, I don’t face the same struggles as a Mexican American as someone who is Colombian American. That is just within the Latino umbrella, but can be seen in other communities as well.

While it may be convenient to refer to a general group, some advocate for being more specific.

“I just think the best solution is to refer to people with specificity because whenever you generalize, you’re [making] claims about experiences that don’t actually exist or you might be erasing experiences that do exist by collapsing them all into this one structure of being,” Sachin Dubey, a Lake County community organizer, said.

By addressing specific communities, we are able to hone in the unique issues they face. The struggle I still see in this is being able to catch those nuances, for example, we can talk specifically about Latinos, but there are South American Latinos compared to Indigneous Latinos and so forth.

It’s important to also note that society has changed language to create better terms from in the past. Looking at similar terms, many of them are incredibly problematic.

“If you look at the predecessor of terms that encompass basically everyone in the United States who’s not white, those were infinitely worse,” said professional lecturer Jesse Mumm.

“Minority” or “non-white” are listed as alternatives. According to Aceves, “non-white” implies several white supremacist ideals.

While there is the effort to create or change our language to support our identities, both Dubey and Mumm said they believe that a single term can not accomplish everything.

“But the problem with any term is that it’s going to become loaded with connotations and signifiers,” Mumm said. “No matter what any particular group wants it to be that will ultimately feel restrictive, feel like a straitjacket, or feel applied to one group wanting another group.”

Dubey said he believes that labels are too reductive and could never acknowledge every single nuance in every instance.

Although this evaluation and reflection leaves us with more questions about how we continue, we must start to become more conscious and concise with how we speak about racial and ethnic communities.

There is not a single solution or term that could be perfect 100 percent of the time. Language and society changes too often and too fast for one term to be the best. We need to constantly reflect and change in order to properly identify our communities and those we support. In the effort to be both socially and culturally conscious, we need to be looking for more and better ways to identify ourselves.