Some student parents at DePaul believe resources are inadequate 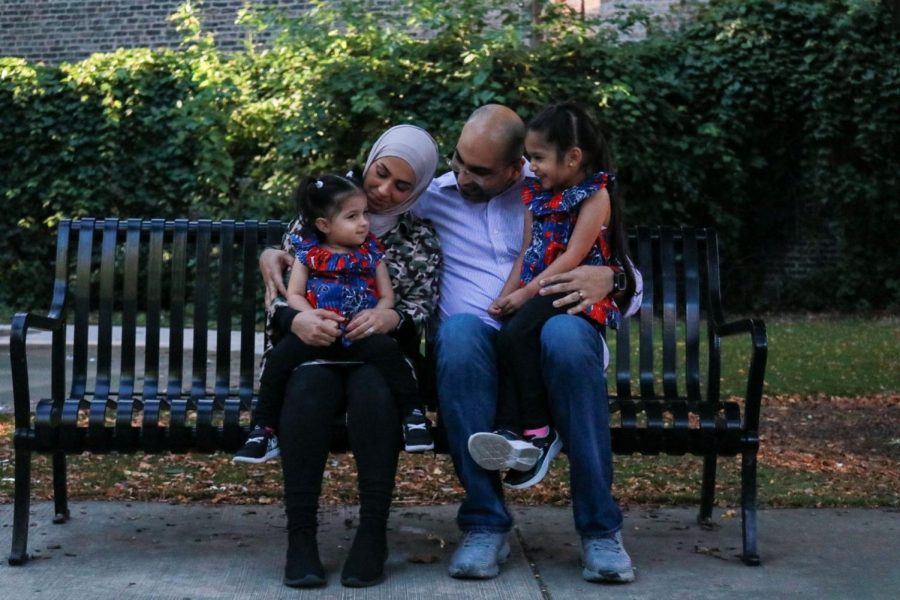 Parenting two children under the age of 5 is difficult enough, but parenting them while pursuing a doctorate and working is a lot to handle.

Challenging is how Badar Lawati, DePaul graduate student and adjunct professor, described it. “It wasn’t an easy thing,” he said. “I have two daughters. My elder daughter is about 4 and a half years old and the younger one just turned 2. It was definitely a big change in addition to it being a big challenge because I started [DePaul’s] program single and then I got married a year after I started my Ph.D. and then almost two years later I have a kid. But, luckily I have an advisor who is also a parent himself, so he understands the challenges and he adjusted well to me not being available 24/7, not being able to accomplish as much as I would want in a typical week — especially the first few weeks with sleepless nights.”

Lawati is not alone; he is one of many students who live the student parent lifestyle. According to a 2018 study by the Association of American Colleges and Universities (AAC&U), 26 percent of college students are parents. Since this study, a more recent study was performed in August by EducationData.org. The study shows an approximate increase in the percentage of parenting collegiate students by 2 percent. The statistic claims “51 percent of independent students are parents.” Independent students — defined as being at least 24 years old, married, a graduate or professional student, a veteran, a member of the armed forces, an orphan, a ward of the court, someone with legal dependents other than a spouse, an emancipated minor, or a person who is homeless or at risk of becoming homeless — make up 55 percent of the collegiate student population, as reported by the AAC&U in 2018. All in all, approximately 28 percent of college students as of August are parents.

Like Lawati, graduate student Arianna Jamerson is another working student parent. She said the experience of parenting a child while being a student is humbling and welcoming.

“As a parent, my child has a schedule and I have committed to sticking to that and shifting my own personal to-dos around to make sure his needs are met,” Jamerson said. “My needs didn’t have a real ‘deadline’ in terms of date and time. It has been humbling recreating a schedule that works for my son to thrive, and for me to do the same, while my husband works from home in the pandemic. All of it is a whole new way of life.”

During the past year, Jamerson said her professors encouraged her to have a normal life at home amidst virtual classes. She said, “I have been able to have my son in the Zoom classes and he can wave, say hi, make noise, laugh and play in the background. I have had every professor in the counseling program say that they welcome it, and even speak to him when my audio is on.”

Though professors like Jamerson’s are willing to let student parents bring their children to class virtually, DePaul’s Title IX Coordinator Kathryn Statz said this may be unlikely in an in-person environment.

“[Bringing a child to class] would be a big ask for a professor,” Statz said. “But we don’t have a policy for professors [to say yes or no].”

But, if a professor tells a student no, the university does not provide a free alternative option for childcare. Instead, there is a paid option for students to send their children. Marillac St. Vincent Family Services is a public center for childcare in Lincoln Park where students pay a fee based on the family’s income. Though this is an option, many students like Lawati are still unsettled because they have to pay for childcare when alternate schools like University of Illinois, Illinois State University and Northern Illinois University, amongst others, provide childcare for student parents.

“A lot of my friends who did their Ph.D.s at other universities had that advantage,” Lawati said. “Having that daycare at school can, especially if it’s even subsidized because daycares are so expensive in Chicago.” Lawati said daycares can sometimes cost $1000 per month.

“I had a friend who lived downtown, he spent about 60 percent of his income on daycare,” Lawati said. “[He said] it was $600 a week. So having that school daycare, or that school-subsidized daycare, would definitely be a huge plus for me.”

Due to this lack of a necessary resource to student parents, students like Jamerson and Lawati said they would prefer to receive more financial aid if they are not provided with services like childcare. According to a study by the Pell Institute this year, independent students take on nearly double the student debt of dependent students.

“My only observation is that there is not as much aid in the pandemic for grad students in terms of grants,” Jamerson said. “I fully support undergraduate students getting the most forgiveness; I couldn’t imagine my freshman through junior year on Zoom in only my dorm room. But I do wish there were programs to support grad students financially with grants at DePaul. In terms of parents, some of us may still choose to send our children to safe, tuition-based educational programs in the pandemic. I wish there could be need-based aid that keeps that in mind. A lot of us may still have undergraduate debt we’re hoping to eliminate while furthering our education as well.”