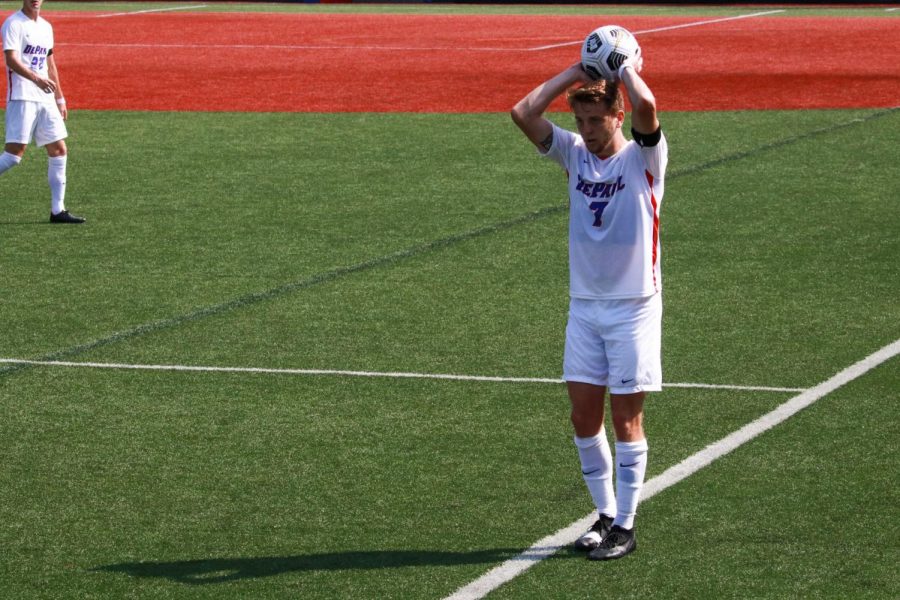 The DePaul men’s soccer team (3-2) lost to the UIC Flames (2-2-2) on Wednesday 1-0, ending their three-game winning streak. The Flames took advantage of a corner kick 41 minutes in that ultimately decided the outcome of the game.

The Blue Demons’ offense didn’t contribute as they had no answer for UIC’s defense, which only allowed four shots on goal throughout the game. The Blue Demons were outshot by the Flames 15-9 and only drew one corner kick during the 90 minutes of play.

“I told our guys that I think we are a little too unselfish when we get around the 18 [yard box] — when you do get a half chance like that, you have to look at the goal and hit a shot,” DePaul head coach Mark Plotkin said. “I would like to see our total shot number around 13 to 15 or something. With that being said, I think we did enough making the goal keeper make four saves, we’re putting chances on frame and making him work. We just have to find a way to put it away.”

The Blue Demons’ defense allowed nine total shots and created a lot of havoc early on in the game for sophomore goalie Gandhi Cruz. He looked frustrated in the first half and made it well known to his teammates on the field.

“I was frustrated because I expected more out of our guys,” Cruz said. “I think we’re at a level where we should be defending 100 percent against any team on this field and dominating.”

UIC scored the only goal of the game with 3:55 remaining in the first half off a corner kick that resulted in a deflection goal for the Flames. There were multiple players surrounding the goal and Pau Mateo was in the right place at the right time for the Flames.

“It was just a hectic play overall, I think there were just so many bodies around the box and it was like a lucky bounce they had,” Cruz said. “Like I said, it was a little hectic, and I mean lucky for them — they got the bounce and it went in.”

The Blue Demons had a chance to tie the game with less than five minutes remaining. Marek Gonda had the best looking shot of the night for an easy goal to tie up the game; he was inches away before the Flames’ goalie jumped on top of the ball to make the save.

“It was one of those passes where you’re just half a yard away, if I touch it, I can put it past the goalie and have an easy chance to score, ” Gonda said. “You know, it’s soccer and sometimes it doesn’t go your way and you need a little luck as a forward to score the goal and I wasn’t so lucky today.”

The Blue Demons will continue their homestand on Saturday, Sept. 18 against Oakland for Alumni Day.